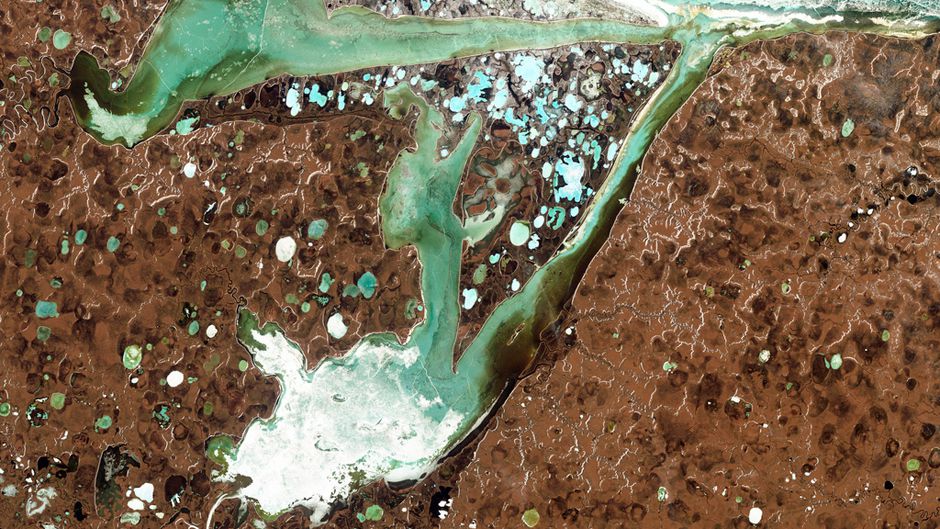 A global temperature rise of 1.5ºC would be enough to start the melting of permafrost in Siberia, scientists warned on Thursday.

Any widespread thaw in Siberia’s permanently frozen ground could have severe consequences for climate change. Permafrost covers about 24 percent of the land surface of the northern hemisphere, and widespread melting could eventually trigger the release of hundreds of gigatonnes of carbon dioxide and methane, which would have a massive warming effect.

However, any such melting would be likely to take many decades, so the initial release of greenhouse gas would probably be on a much smaller scale.

The researchers, led by experts from Oxford University, studied stalactites and stalagmites in Siberian caves that have formed over hundreds of thousands of years. The stalactites and stalagmites formed during periods of gradual melting, when meltwater dripped into the caves, but stopped growing when temperatures fell again and the permafrost refroze. Scientists can measure the growth and halting of stalactite and stalagmites by cutting through the structures at various points corresponding to given time periods in the Earth’s history.

They found the stalactites in one far northern cave on the boundary of continuous permafrost grew during a period 400,000 years ago when temperatures were 1.5ºC higher than in pre-industrial times. That indicates that permafrost was melting at that time, and therefore that it could thaw again if temperatures rise to similar levels.

“I would expect to see continuous permafrost start to thaw along the boundaries at this threshold of 1.5C [in the future],” said Anton Vaks, of the Earth sciences department at Oxford, who led the research. Temperatures in the region were 0.5–1ºC higher than in modern times for a period about 120,000 years ago, and at that time stalactites in caves further south, near Lake Baikal, showed signs of growth, and therefore melting.

But for the same period, the stalactites in the far northern cave — called the Ledyanaya Lenskaya cave, near the town of Lensk at latitude 60N — did not grow, showing that the permafrost remained intact at those temperatures. “This indicates that 1.5ºC appears to be something of a tipping point,” said Vaks.

At present, global average temperatures are about 0.6C–0.7ºC above pre-industrial levels. This means, according to Vaks, that climate modellers should include the possibility of permafrost beginning to melt in their models.

The team of scientists, from Mongolia, Russia and Switzerland as well as the UK, used radiometric dating techniques on the cave formations. They report on their work in the journal Science Express, published on Thursday.

Vaks said the findings could have severe implications for the region, as melting permafrost could affect natural gas exploration and pipelines, as well as other infrastructure. It could also have more wide-reaching effects. “Although it wasn’t the main focus of our research, our work also suggest that in a world 1.5ºC warmer — warm enough to melt the coldest permafrost — adjoining regions would see significant changes. Mongolia’s Gobi Desert [could] become much wetter than it is today and this extremely arid area could come to resemble the present-day Asian steppes.”

He said more research was needed to establish the likely speed and scale of melting as temperatures rise.

Profiteers of Climate Change in the Arctic