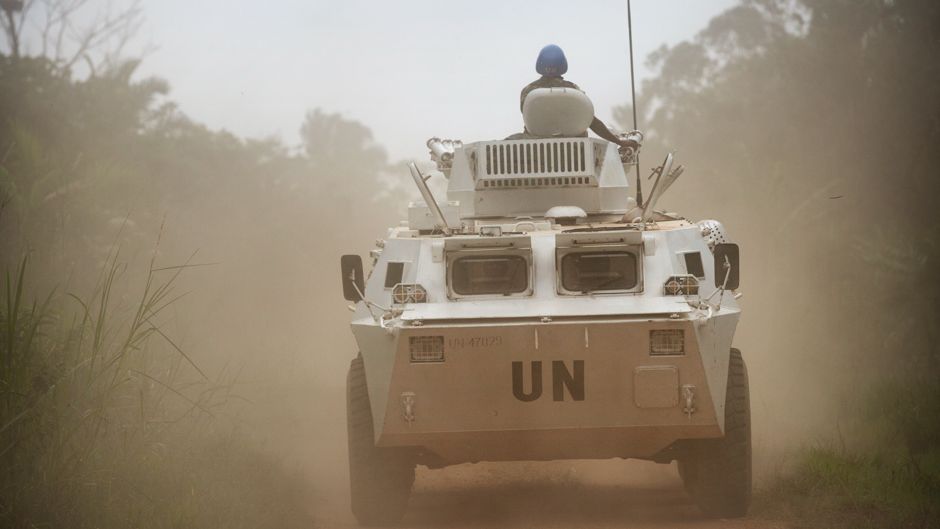 Fourteen UN peacekeepers were killed in the Democratic Republic of the Congo earlier this month, in what is being called the “worst attack” on the UN in recent history.

The death toll is the highest since a 1993 gun battle in Mogadishu, and adds to the hundreds of UN peacekeepers killed in Congo to date.

Senior UN officials have been quick to lay the blame for the Dec. 8 attack on the Allied Democratic Forces (ADF), a rebel group responsible for some of the worst recent massacres in eastern Congo.

Since 2015, MONUSCO (the U.N. Peacekeeping Mission) has targeted the ADF for neutralisation, deploying attack helicopters, heavy artillery and hundreds of troops in a series of joint operations with the Congolese army. While these operations had been put on hold for most of 2017, the Security Council’s call to bring the perpetrators to justice will add strong pressure for the UN to resume the offensive against the ADF.

This might send a good signal about the UN’s readiness to respond to such attacks, but it would almost certainly make the situation more risky, for the people living in eastern Congo and the peacekeepers.

The politics of force in eastern Congo

Growing violence in Congo is directly related to the failed elections process and President Kabila’s refusal to leave the presidency. Kabila’s popularity across the country has plummeted, to well under 10 percent of the national vote according to some polls.

Widespread calls for his ouster have grown, while the state has entrenched its grip on power through increasingly brutal repressive tactics.  In fact, Kabila’s security forces have implemented what appears to be a “deliberate strategy of chaos and orchestrated violence” in parts of the country. More than 5,000 people have been killed by state forces in the Kasai region alone in the past 18 months, and government officials have used the violence as a rationale for further delays to the elections.

Dissatisfaction with Kabila has grown and spread into former stronghold areas, such as Beni, where the ADF carried out last week’s attack. Anti-government protests in Beni have turned violent, and residents are now openly calling for Kabila to resign.

The ADF appears to have taken advantage of this political dynamic, and there is strong evidence that some of its recent attacks have been politically motivated. For example, an ADF massacre of 36 civilians last year took place hours after Kabila had visited his residence in the area, a clear signal that he was not welcome there. And there are reports that ADF elements are taking orders from exiled opposition figure, Mbusa Nyamwisi, who may see an opportunity to leverage anti-Kabila sentiment on the ground.

The politics of force in eastern Congo are clear: both the state and the opposition are willing to use violence to secure an advantage.

MONUSCO in the middle

MONUSCO has the “first ever offensive combat force” in UN peacekeeping, mandated to go after groups like the ADF wherever they hide.

Attacking groups in the dense jungles of eastern Congo is high-risk, and the mission took an early decision to conduct offensive operations jointly with the Congolese army.

While there are good arguments why joint operations could reduce risks, it has meant that the UN is seen by the Congolese as having taken Kabila’s side in this highly politicised atmosphere. Anti-Kabila protests in Beni are now distinctly anti-UN as well, as residents express frustration at both the government and the UN’s shortcomings.

By conducting joint offensive operations with Kabila’s army, MONUSCO has created confusion as to its role, potentially undermining its impartiality at an incredibly sensitive moment in Congo.

This is part of the UN’s peacekeeping nightmare in Africa, where anti-UN sentiment has festered due to repeated failures to protect, and to a growing sense in places like Beni that the UN is not an impartial actor.

Protect instead of punish

In the wake of last week’s horrible attack, it is right for the UN to take bold action to protect itself and the Congolese people who have suffered at the hands of the ADF for years. Indeed, as someone who previously served in MONUSCO, I can empathise with the wish to punish those responsible with the full force of the UN’s military strength.

But returning to offensive mode is not the right response. As I and others have argued before, joint offensive operations against the ADF have proven ineffective at protecting civilians, instead tending to provoke reprisal attacks against innocent residents and UN peacekeepers.

At a time when MONUSCO is looking to reduce its footprint in eastern Congo, the mission will have fewer troops to defend positions like the one that was attacked last week (in fact there had been a partial drawdown in that exact position only earlier this year).

Instead, the mission should resist the pressure to go back on the offensive, looking instead to use its significant military assets strictly for civilian protection.

At this point, under half of the people living in eastern Congo believe MONUSCO protects civilians at all, and nearly half think MONUSCO should leave altogether. This is surely driven in part by the feeling that MONUSCO has been too closely aligned with Kabila when it comes to military operations in eastern Congo.

At a time when the political pressures are creating deep fault lines within the country, and the Congolese people are the worst-affected by conflict anywhere in the world, MONUSCO must direct all of its resources to protect those most at risk.