2011 — the Year of Living Dangerously 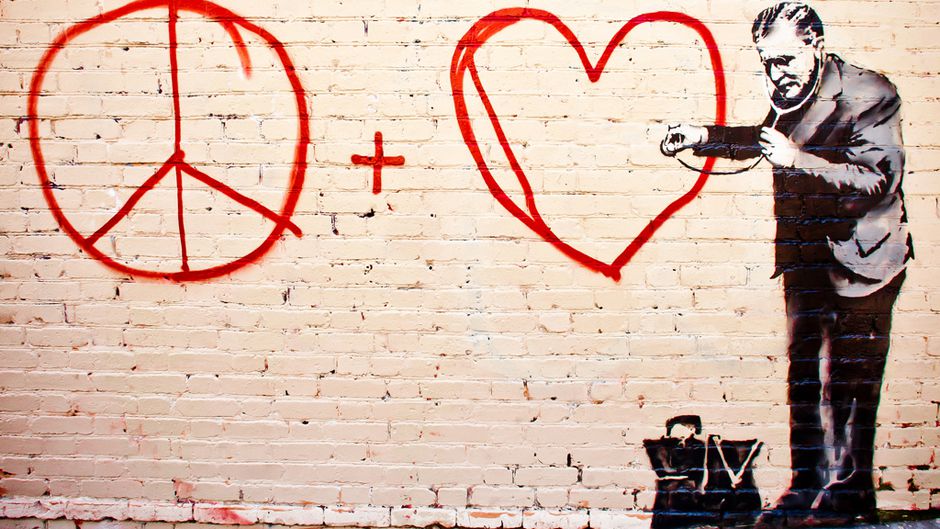 By anyone’s estimation, 2011 was a big year. The last 12 months have seen history-making events such as the Arab Spring in the Middle East, famine in East Africa, the deaths of Osama bin laden, Muammar Gaddafi and Kim Jong-il, the perennial Euro zone debt crisis, the Wikileaks revelations, the News of the World scandal and more recently the Occupy Wall Street protests.

But perhaps the most significant story of 2011 was a natural and environmental disaster, the consequences of which reverberated well beyond Japan. The earthquake and tsunami that struck the Japanese coastline on 11 March left a trail of death and destruction 400 kilometres long and invoked memories of the images from the Indian Ocean Tsunami of Boxing Day 2004.

One of the things that made this event significant was that it took place, not in Indonesia, Haiti or Pakistan, but in one of the most developed and disaster-prepared societies on Earth. It was a reminder that there are certain forces of nature that even the most industrialised countries are unable to mitigate.

Could natural disasters on this scale be a harbinger for a future climate-changed world where floods, droughts and cyclones are predicted to be more extreme? Does it make sense to live so densely in vulnerable coastal and floodplain areas? Are there just some natural phenomena that humankind is unable to protect itself against, even with the use of bold, expensive technology? 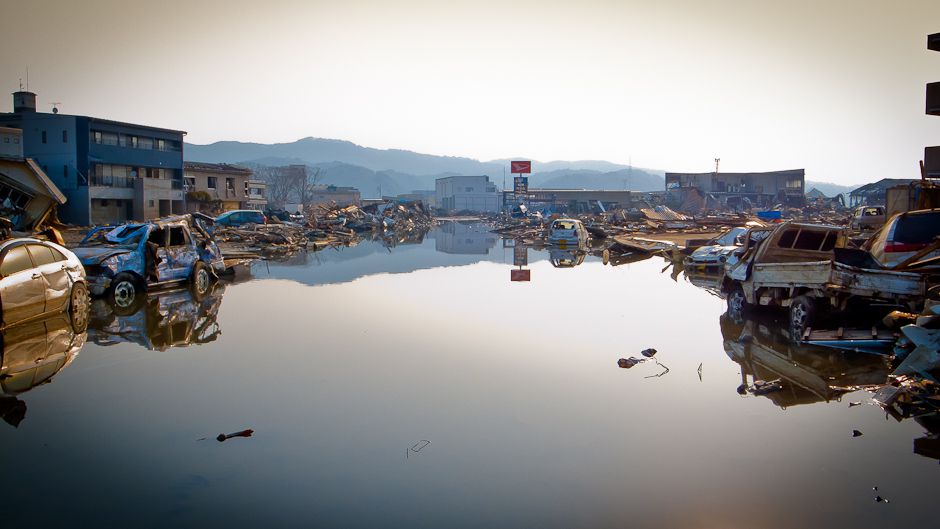 Even through such a massive human tragedy that left more than 20,000 people dead and missing, and countless displaced, the tsunami precipitated some impressive rescue and reconstruction responses from Japanese civil society (in contrast to the negligent energy monopoly TEPCO and its equivocating government regulators). The breakdown of the Fukushima nuclear reactors also reignited a decades-old debate about the safety of “nuclear energy” — one of the key phrases of the year.

By pure coincidence, our Nuclear Week in February just prior to the triple disaster was an apt prelude to this global discussion. Through an instalment of our Debate 2.0 series, many readers took an active stance that nuclear is just not a safe enough option to continue to pursue. Subsequent to Fukushima, the German government has pulled the plug on nuclear, phasing out all power plants by 2022. Other commentators acknowledged the fierce reality that our standard of living demands energy, and if not from nuclear, it has to come from somewhere.

More surprising was provocative Guardian environmental writer George Monbiot’s expression of support for nuclear power — his point being that in comparison to the permanent, planet wide damage done by fossil fuels, nuclear energy is a relatively clean fuel alternative, despite a record of nuclear accidents in Chernobyl, Fukushima and others. Nuclear may be the lesser of two evils. But does that mean we should continue to rely on it?

Contrastingly, COP17 held recently in Durban was not as popular a keyword as it might have been, especially compared to the heightened media and public interest during its predecessors COP15 of Copenhagen fame in 2009 or COP16 in Cancun in 2010. Are people sick of hearing about climate change? They are certainly, and understandably, sick of hearing about failed climate change negotiations. Despite a better than expected outcome to COP17, rich, resource-endowed countries like Canada continue to refuse to abide by their “common but differentiated responsibilities” to make up for their historical contribution to polluting the atmosphere. Combined, the avoidance efforts of Canada, Japan, Saudi Arabia, the United States (which has still not ratified) and others have ensured that the struggling Kyoto Protocol to help reduce global greenhouse gas emissions is all but dead.

While many of the world’s highest per capita polluters barely make an effort to save the planet, there continued to be prominent examples of disasters in both the developed and developing world making the headlines. (We’ll leave aside the complex links between climate change and natural disasters for a moment).

The year started off in Australia with a flood the size of Germany and France combined running through the Northern state of Queensland, followed by the country’s largest ever cyclone. In the US alone, there were record tornadoes in the South, hurricanes on the East Coast and a devastating drought in Texas. In addition to the tsunami and earthquake, typhoons of rare power hit Japan in September.

In the Global South, Bangkok was underwater, as have been parts of the Philippines not traditionally used to dealing with the wrath of the typhoon season. Pakistan’s record flood of 2010 was repeated in 2011. (Is this an example where a one-in-a-hundred year flood is becoming, well, a more frequent event?)

There have of course been many other disasters affecting the developing world that we’ve heard much less about including landslides in Brazil, and floods in Sri Lanka and Colombia. Also under-reported has been the drought in the Horn of Africa, especially considering it has been deemed one of the worst humanitarian crises in decades.

It is no shock therefore that MSNBC reported the year to be the costliest ever for natural disasters, with a damage bill totalling US$ 265 billion. What is a shock is that this figure is for the period January—June, taking into account just half of the year.

So given all these extreme events, is there anyone still out there who doesn’t think something is up with the weather? As it turns out, the answer is to that question is “yes”.

By far the most popular Our World 2.0 story (or controversial story, if you would like to put it that way) of 2011 was ethicist Clive Hamilton’s dissection of the Republican– Murdoch alliance to discredit climate science in Silencing the scientists.  It was the first time the magazine has received a sustained swarm of comments from those euphemistically referred to as “climate deniers”. Their charge is that our magazine is part of a pan-global UN/socialist conspiracy to bring down the US/capitalist system to pay poor countries/people.

Surprisingly, our most popular Debate 2.0 was Jacob Park’s question on whether sustainable development is still relevant. Despite the concept being 25 years old and people’s eyes often glazing over when it is mentioned, the nuclear and natural disasters of 2011 may have rekindled people’s focus on living sustainably with the planet, rather than against it. The challenge is to move this discussion from the universities and blogs and into the parliaments and boardrooms. We can only hope that the Rio +20 summit to be held in Brazil in 2012 will rejuvenate our collective interest in the need to move towards a more sustainable world in which we truly begin to live within the biosphere’s energy and material limits — the tagline for the event is “The Future We Want.”

2011 was the year for activism

We should also not forget the year’s efforts by those who sought to protest against the status quo through the Occupy Wall Street and the Tea Party movements. While these movements may hate to be compared, they do both represent a general dissatisfaction with our politics and corporate greed.

Naomi Klein argued that the fight to tackle climate change is down to the 99% — that means us. She suggests that the 1% who are the wealthiest people on the planet love a crisis because when people feel panicked this is the ideal time to push through pro-corporate policies. It is certainly true that the upsurge in activism reflects the growing concerns about the state of the economy, the environment and everything. When things are going well, we are generally too preoccupied to protest.

In October, looking on the optimistic side, we asked in another Debate 2.0 whether the 1% could redeem themselves by investing in a green economy. We did not get as many comments as we would have liked, but clearly creating a green future is a way for the wealthy to help make the world a better place while making money.

Reflecting on the events of 2011, it is interesting to note that Time Magazine’s person of the year is “The Protester.”

As we sign off for 2011 and welcome 2012, the editors would like to acknowledge as many of those who continue to make the Our World 2.0 experience possible. Firstly to our ever-growing, truly global pool of contributors, we say thank you very much for lending us your ideas, sans financial reward. Your articles assist the United Nations University (UNU) and its partners ing educating the public about the steps we all need to take to build a more sustainable and equitable world.

Secondly, we have to thank all the staff at the UNU Media Centre and throughout the UNU system whose hard work behind the scenes enables our content and website platform to blend smoothly. We can’t possibly acknowledge everyone by name here and now. But we would like to make special mentions to Graphic Designer David Jimenez and Creative Director Sean Wood for their artistic leadership, and Rie Hayafune for coordinating translations into Japanese on time, every time. We want to thank Luis Patron, Kaori Brand and Megumi Nishikura for all the excellent video briefs. On that note we send a sincere “arigatou gozaimasu” to our translators for their regular efficiency and accuracy.

Thirdly, we thank you, our audience for linking in with us either by reading, tweeting or commenting directly on our articles. We hope to continue this global conversation throughout 2012 and as part of that we welcome your ideas on how to evolve the magazine.

For many protestors, coastal and flood plain dwellers, governments and the media, 2011 could be described as the year of living dangerously. So what does 2012 hold, environmentally speaking? Will Rio +20 achieve anything more than additional frequent flyer miles for participants?

Given the festive season is upon us and it’s time for family and friends, we’ll leave those questions for another day.

Have a safe and sustainable holiday period.

2011 — The year of living dangerously by Mark Notaras is licensed under a Creative Commons Attribution-NonCommercial-ShareAlike 3.0 Unported License.