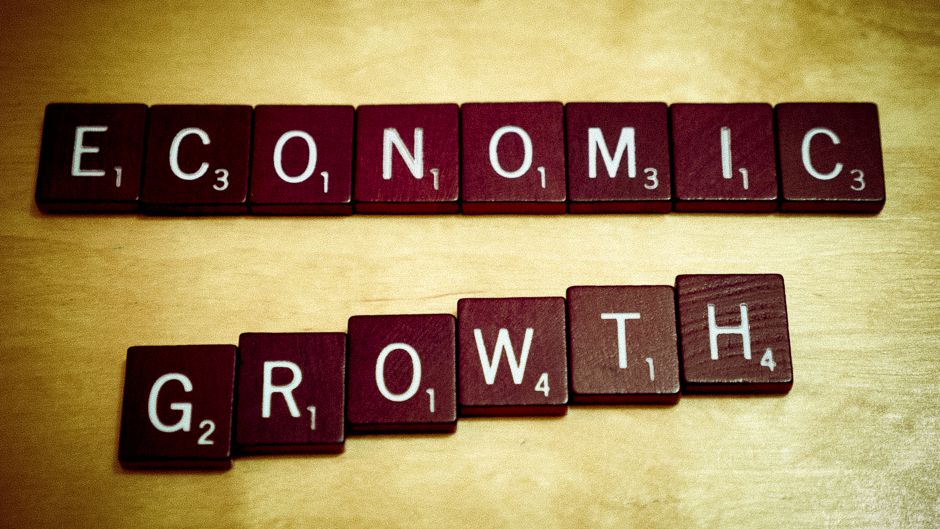 Your instincts may be telling you otherwise, but the global economy will be strengthening in 2014, according to two major reports released in recent weeks.

In an improvement over 2013’s global economic growth of 2.1 percent, we will see a 3 percent rise this year and a bump up to 3.3 percent in 2015, predicts the United Nations’ World Economic Situation and Prospects 2014 report.

This positive news is echoed in the slightly more optimistic Global Economic Prospects report issued by the World Bank this week that states:

“Global GDP is projected to grow from 2.4 percent in 2013 to 3.2 percent this year, stabilizing at 3.4 percent and 3.5 percent in 2015 and 2016, respectively, with much of the initial acceleration reflecting a pick-up in high-income economies.”

At the same time, the World Bank projects that developing country growth will rise above 5 percent in 2014, with China’s economy growing by 7.7 percent, India’s by 6.2 percent, Mexico’s 3.4 and Brazil’s 2.4 percent.

The UN report reads very much like the medical examination results for a sick patient who has had to take some pretty strong medicine, but while still looking rather pale and tired, is showing some signs of recovery.

Inflation (like high blood pressure) remains benign worldwide, the report states. It has decelerated in the United States and euro-zone, dropping to 2 percent in the former, and 1 percent in the latter. This is causing concerns from the International Monetary Fund that we could be entering a period of deflation (overly low blood pressure) and that could undermine the global recovery.

In the developing world, inflation rates are above “10 percent in only about a dozen countries scattered throughout different regions”, according to the UN report, and that is arguably a good thing.

High unemployment is part of the explanation for the lower inflation figures and unemployment rates remain a serious challenge, particularly for the euro zone where they reached record levels at 12.2 percent in 2013, but as high as 27 percent in Greece and Spain. Renewed GDP growth in 2014 is projected to bring reductions in these rates in both Europe and the US, with the latter dropping below 7 percent. Again, a very good development, if it happens.

There are, however, major concerns for developing and emerging economies highlighted in the UN report. First, there has been a measurable decline in private capital inflows to “emerging markets, a sub-group of developing countries”. Second, volatility in these markets has increased with equity market sell-offs and local currency depreciation.

Risk and uncertainties: It could all go very badly wrong

While delivering these positive forecasts, the UN and the World Bank devote half of their respective press releases to the risks and uncertainties facing the global economy.

The Chief Economist at the World Bank, Kaushik Basu, suggests that “one does not have to be especially astute to see that there are dangers that lurk beneath the surface”. Over at the UN, Shamshad Akhtar, Assistant Secretary-General for Economic Development, claims that “uncertainties and risk coming from possible policy missteps as well as non-economic factors … could stymie economic growth”. By non-economic factors she is referring to the situation in Syria and the Middle East.

By far the biggest concern is the potential impact of the US Federal Reserve’s exit from the quantitative easing programmes. The aim of these programmes is to “inject money into the economy in order to review nominal spending”. This involves “purchasing financial assets from the private sector” using “new central bank money, in addition to boosting the amount of central bank money held by banks…”.

The problem is one of weaning the economy off these programmes with one danger being that the medicine itself could become a form of poison for the global economy. Rather than using the term weaning, the Federal Reserve talks about “tapering”, with the goal being to reduce the monthly amount of quantitative easing in the US, to gradually wind it down and to conclude their programme at the end of 2014.

The authors of the UN report are concerned, however, that tapering could lead to “a sell-off in global equity markets, a sharp decline in capital inflows to emerging economies and a spike in the risk premium for external financing in emerging economies”.

Andrew Burns at the World Bank argues that this decline in capital inflows to developing countries could fall by as much as 50 percent for several months “provoking a crisis in some of the more vulnerable economies”, specifically Brazil, Turkey, India and Indonesia.

Meanwhile, the UN report points to other risks including “fragility in the banking system and the real economy in the euro area and the continued political wrangling in the US on the debt ceiling and the budget”.

Neither the World Bank nor the UN consider that a crisis is inevitable but they do call for strengthened international policy coordination, renewed reform of the financial system and in some instances the tightening of fiscal policies.

Reading these reports, I am reminded of the situation back in 2007/8 when we first began work on the Our World magazine. At that time, I became aware of signals among noise about the state of the global economy when the era of cheap energy is over and decided that the magazine should focus on some of the major issues facing the world. One of those issues was the peaking of global conventional oil production.

So in 2007 we began working on the magazine and successfully launched at the beginning of July 2008, just before oil prices peaked at around US$147 per barrel. At the same time, the financial system was just beginning to unravel and a serious collapse looked imminent. Fortunately for us, the global leaders managed to rally around the problem and prevent the world from slipping into depression.

Now, I have that 2007/8 feeling all over again and you probably share it. Particularly, I am struck by a number of signals from financial commentators like Peter Schiff, author of The Real Crash, and Robert Wiedemer, author of Aftershock, who are warning that a second financial crash is just around the corner for the US.

They made similar predictions before the 2008 financial crash and you could argue that they are in the “economic collapse prediction business”, since they also offer their services as investment advisors. Their basic message is that you should try to save yourself and your money in difficult economic times, and if you buy their books you will know what to invest in and what to avoid.

It would be all too easy to dismiss these pundits were it not for the fact that the UN and World Bank reports mentioned above appear so cautious about their growth projections and about the fragile nature of the economic recovery. It is almost as if they are covering their options so that they can say, if things go wrong, “we did try to warn you about the risks we are currently facing”.

The question is whether our leaders are aware of these risks or blind to them.

Risk Blindness and the Road to Renaissance

Coincidentally, I have just finished reading the most recent book from Jeremy Leggett – The Energy of Nations: Risk Blindness and the Road to Renaissance. Leggett describes himself as a “social entrepreneur” and is the founder of a renewable energy company, SolarCentury. He maintains a blog called the Triple Crunch Log that covers the interaction between energy, climate and the financial crisis.

Using the log, which tracks events as far back as 2006, Leggett’s book presents a blow-by-blow chronological account of how these three factors have played out in the past seven years.

In the United Kingdom he appears to be viewed by politicians, government officials and the major energy companies as the acceptable face of the environment, climate and/or peak oil community. As he puts it, he is a pinstripe suited, Financial Times carrying, climate change and peak oil concerned capitalist.

In his book, he describes numerous meetings where he interacts with the British government and Big Energy, often behind closed doors. In some instances, his accounts of those interactions read like episodes from Armando Iannucci’s dark political comedy, The Thick of It shown on the BBC.

Here is one example. A group of concerned business leaders representing the UK Industry Taskforce on Peak Oil and Energy Security (that Leggett helped set up) meet with the Secretary of State for Energy and Climate Change. Together they agree on a proposal for the government to work with the Taskforce to develop an oil shock emergency response plan. Subsequently, the business leaders issue a press release to announce the collaboration, only to find limited media coverage. They then discover that the civil servants in the Ministry had been informing the press that no such agreement was ever made. It would be a hilarious episode of The Thick of It, were it not actually true (check it out in the book).

What Leggett describes in his dealings with our leaders in government and the energy sector is a tendency towards “risk blindness” around climate, energy and the financial concerns. He suggests that this tendency will push us towards a financial collapse in the next few years. On the energy front, he sticks to his earlier prediction of an energy crash by 2015.

Leggett points out that many financial commentators believe a second financial crash is imminent. “The weight of debt that we have allowed to accumulate around the world will prove just too heavy for the financial system,” he writes in his book. “As things stand, a seemingly small event holds the potential to trigger the mass failure of banks.”

One such event could be the private equity decline mentioned in the above reports. We have to acknowledge the important role the UN and the World Bank are playing in outlining the risks so clearly and can only hope that the leaders of the world are not blind to them. Leggett, however, suggests that the problems are more profound than even the UN and World Bank officials are willing to admit.

He believes that the next financial crash will result in society realizing that “modern financial institutions cannot in general be trusted with either individuals’ money or the provision of financial services to viable economies”. He further argues that “light touch regulation” of the financial system no longer works. To get us through the next crisis, we are going to need, he explains, a critical mass of “presidents and prime ministers keen to sit constructively in a multilateral emergency room”.

But Leggett is an optimist. With crisis comes opportunity and Leggett would like to see that the road forward takes us to a renaissance based on people power, community interests and the explosive growth of clean energy. In this context, The Energy of Nations is essential reading for those concerned with the interaction of the pressing global issues of today.

If the caution expressed in the UN and World Bank reports is correct then we find ourselves in a time of great risks and uncertainty. If the financial pundits are right then an economic catastrophe lies just ahead. If risk aware business leaders like Jeremy Leggett are making reliable observations then we have “arrived irredeemably in a time of consequences”.

Oil Price Volatility on the Way?