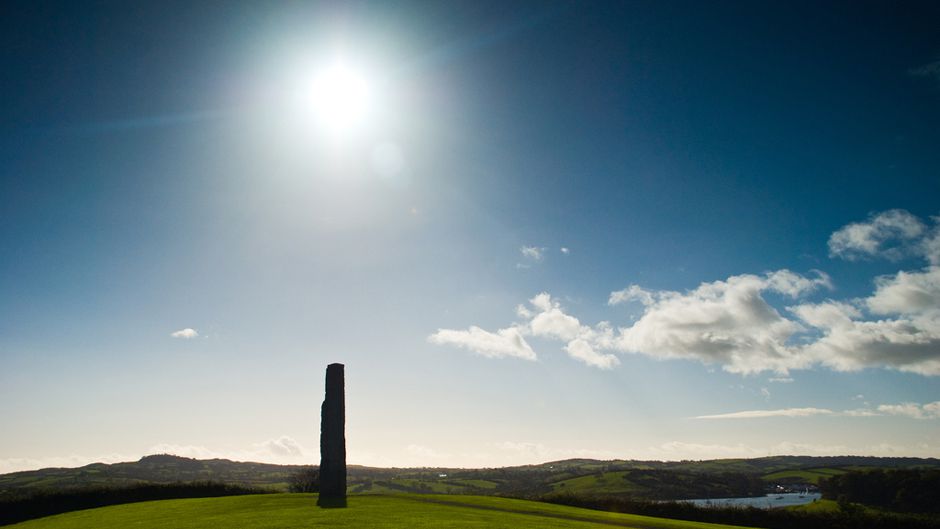 There are conflicts old and new crying for solution and reconciliation, not violence, with reasonable, realistic ways out.

Take the South Sudan conflict between the Nuer and the Dinka. We know the story of the borders drawn by the colonial powers, confirmed in Berlin in 1884. Change a border by splitting a country — referendum or not — and what do you expect opening Pandora’s box? More Pandora.

There is a solution: not drawing borders, making them irrelevant. The former Sudan could have become a federation with much autonomy, keeping some apart and others together in confederations-communities, also across borders. There is much to learn from Switzerland, the EU and ASEAN.

Take the Maghreb-Mali+ complex: a road to peace runs through Tuareg high autonomy and confederations of the autonomies, in addition to the state system. Proceeds from natural resources — oil, uranium, gold, metals — should benefit the owners, not former colonizers. The United Nations’ task is to make the West comply with socioeconomic human rights.

Take what is called the last colony (well, Ulster? Palestine?): Sahrawi, Spain’s shame for not having decolonized; the United Nations Charter Article 73 formula is not perfect but differential treatment is unacceptable.

Take Ceuta and Melilla, “Spanish” enclaves in Morocco, and Gibraltar, an “English” enclave in Spain: use the Hong Kong formula with sovereignty for the owners, flag and garrison, and leave the system as it is.

Geography and history matter; sovereignty for one, system for the other. Not a bad formula for the Falkland/Malvinas islands or Northern Ireland, with a reborn Republic of Ireland in a Confederation of British Isles.

Back to Berlin 1884, institutionalizing the outrageous sociocide, with genocide and ecocide, perpetrated on Africans on top of centuries of Arab-West slavery. But do not forget the Congress of Berlin six years earlier, in 1878, doing the same to the Balkans, with the infamous Article 25 giving the Dual Monarchy, Austria-Hungary, the right to occupy and administer Bosnia-Herzegovina temporarily.

On 6 October 1908, they did exactly that, Turkey and Russia both being weak. What do you expect when annexing someone’s land? A resistance movement of course, and ultimately, on 28 June1914, the sacred date to the Serbs, having been defeated by the Turks 525 years earlier: Two shots rang out in Sarajevo.

One century later “historians” (who pays their salaries? states?) see the shots as the cause of World War I, not what caused the shots; like seeing the terrorists, not what causes terrorism.

US President Woodrow Wilson used self-determination to dismantle the beaten Prussian, Habsburg and Ottoman empires; but not the victors’ empires as a young Vietnamese in Paris experiences, chased away from the US Embassy: Ho Chi Minh, claiming the same for his people.

And the US Versailles delegation rejected that claim by Sudeten Germans against Czechoslovakia; accepted by England, not to “appease” Adolf Hitler, but to rectify a wrong.

Start this 2014 centenary year preparing 150 anniversary conferences, in 2028 and 2034, apologizing for 1914, undoing some harm, letting Africans be Africans and Balkans be Balkans of various kinds, stop blaming their victims for being unruly, restless, terrorists and so on. The peaceful century 1815–1914: some peace! Don’t miss the chance.

But they were not alone. In 1905 the US-Japan, Taft-Katsura (later president and prime minister, respectively) agreed to US rule in the Philippines and Japanese rule in Korea, in the interest of “peace in East Asia” — their peace, meaning rule. A good century later the Obama-Abe (president and prime minister, respectively) uneasy agreement on Japan’s aggressive policy.

The solution to the Korean Peninsula conflict is a peace treaty and normalization with North Korea, a Korean nuclear free zone and work on the open border-confederation-federation-unitary state continuum.

If the US fails to go along, why not go ahead, also multilaterally and via the United Nations.

But they were not alone: in 1917 Balfour Jewish homeland followed the Sykes-Picot treason with four disastrous colonies. With a major difference, however: the Jews had been there before; some title to some land, but not to an ever-expanding Jewish state (just one word away from “only Jewish”).

The road to peace must pass through a pre-1967 Israel with Jewish characteristics, Palestine recognised, a Middle East Community of Israel with border countries, an Organisation for Cooperation and Security in West Asia, with Syria (an upper chamber for the many nations with cultural autonomy — Ottoman millet), Iraq (maybe confederation, with no US bases), the Kurds (autonomy in the four countries for some land, a confederation of autonomies), Iran (an end to Benjamin Netanyahu extremism), a moderate Israel, and International Atomic Energy Agency (IAEA) inspection.

Afghanistan? Full US-NATO withdrawal, an end to foreign bases, coalition government, Swiss-style constitution with much autonomy for villages and nations, and gender parity. But let Afghans be Afghans.

China’s claims on sea and air space? Too much, but the Chinese had been there before, 500–1500; some title to some sea, some air.

And US-China: direct cooperation for mutual benefit, make it more equal; the US is cheating itself, building warehouses, not factories.

US spying on the world: the point is not clemency for Edward Snowden but to drop the NSA and punish those, also allies, who violated human rights.

The West tries to claim the moral high ground by changing discourse to something they think they have and others do not: democracy. Running a huge colonial-imperial system against the will of others? Some democracy.

Norwegian sociologist Johan Galtung is one of the founding figures of the academic discipline of peace studies and is currently rector of the Transcend Peace University and director of TRANSCEND: A Peace and Development Network.