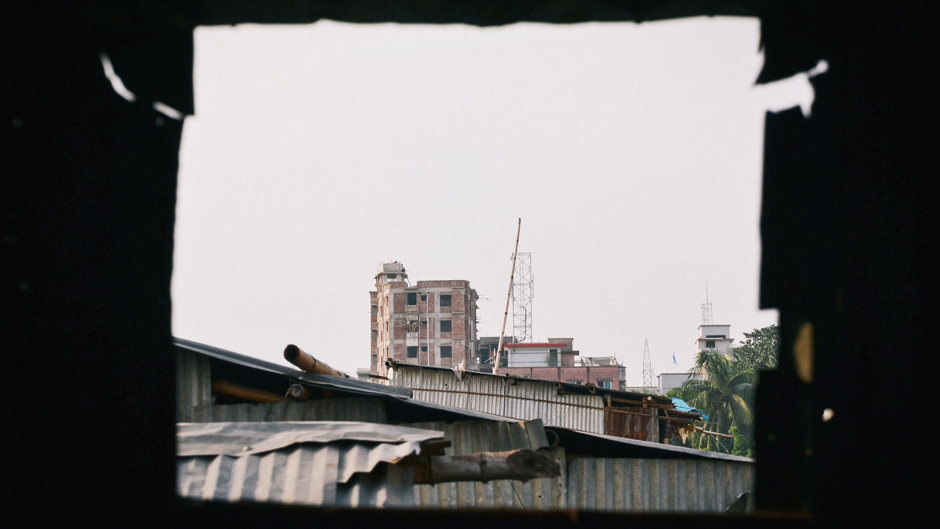 Non-economic loss and damage (NELD) — which refers to the adverse consequences (avoidable, non-avoidable, or non-adaptable) of climatic stress on items that are not traded in markets — has been an important part of the climate change agenda. Although these consequences are not measured in financial terms, they have a strong meaning for people having to deal with such losses.

During her time in Bangladesh conducting research for the Gibika project on behalf of the UNU Institute for Environment and Human Security (UNU-EHS), the International Centre for Climate Change and Development, and the Munich Re Foundation, UNU-EHS researcher Sonja Ayeb-Karlsson met Belkis (age 41) in Bhola Slum while she took part in the Livelihood History interviews. Gibika is a large-scale research project aimed at advancing the scientific understanding of livelihood resilience in Bangladesh.

The study took place in an urban settlement located in Dhaka, Bangladesh’s capital. Many of the inhabitants moved there from Bhola Island after the devastating 1970 Bhola cyclone, and named the settlement Bhola Slum. Bhola Island is located on the southern coast of Bangladesh, and the area is heavily exposed to riverbank erosion and frequent cyclones.

Ayeb-Karlsson describes her experience of conducting the Livelihood History interviews in the urban settlement:

“When entering the narrow lanes of Bhola Slum in Dhaka, the heat and smell hit me straight in the face. I remember stopping, as I felt like I was about to faint. The temperature seemed to increase every second as most dwellers had started preparing lunch on their fire stoves. It was hard to differentiate the humidity from the smells of food, garbage, and sluice water.”

“I made it to Belkis’ house with my colleague. She had expressed an interest to take part in the interview. As we balanced up the long stairs to her house, she told me with a proud voice that her family was the only one in the slum living on the third floor. ‘It is good when there is a flood because the water will not make it up to the third floor, but it can become a death trap if there is a fire,’ she explained.”

“We sat down on her wooden floor. I pulled out my notebook and audio recorder. She started her story by telling me how life changed after her family had to leave Bhola Island and moved to Dhaka.”

“[When we moved to Dhaka] my father couldn’t work because he was too old, so my brother would support us economically. … After he died my parents suffered, and I had to start begging from door to door. … [If we would have stayed] I would have been able to take care of my health. We would have had our land to cultivate so our living conditions would be better. We used to have our own land so we didn’t have to run after people. The way of living there was good.“ 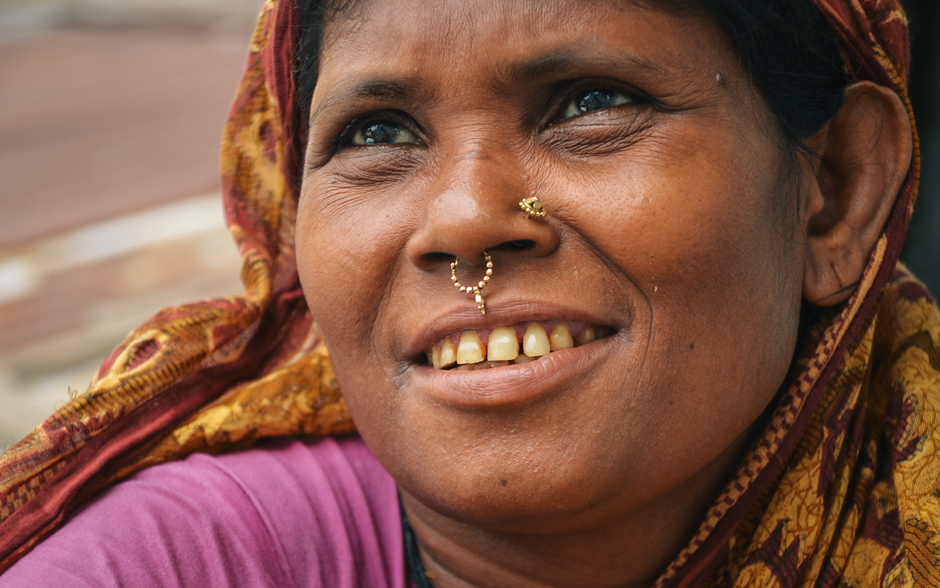 Belkis’ story is just one example of the losses people face due to climatic stress. Her family migrated to Bhola Slum due to riverbank erosion and cyclone strikes. After losing three houses to erosion and two sons in the cyclones, the family saw no other way out.

Research conducted in the context of the Gibika project has found that migration can be an effective way for people to bounce back from environmental shocks or to escape climatic stress. Migration can also, however, expose climate migrants to new risks, hazards, and vulnerabilities when reaching their new destinations.

After Belkis’ family moved to the urban settlement in Dhaka, they were faced with new challenges and losses. Her family watched their house getting smashed into pieces as they got evicted due to illegal settlement. This was the fourth house they lost. They lived in a temporary house made of cardboard until Belkis’ mother got sick and nearly died from the cold.

Belkis got married at the age of 12 due to economic pressure. When her brother, the main breadwinner of the family, passed away, she had to start begging to support her parents. As if that wasn’t enough, the family faced an additional loss due to the dangerous working conditions in the city:

“My husband cannot work properly as he had an accident. While cutting mud on a hill, he was struck by a sudden landslide. There was a pipe inside the hill, and it broke creating a landslide. He fell down into a hole and got buried. The other workers removed the mud and managed to save him. They took my husband to the hospital. Now when trying to work he faces a lot of problems. He has pain coming from two sides of his belly and sometimes when he coughs, blood comes out of his mouth.“

Some of the losses are economic, but others are not. The loss of health may indeed have an economic impact but it also means that Belkis’ husband, for example, does not have the strength to play with his children or drink that afternoon tea with his wife. The hard work and difficult living conditions in the slum have made both Belkis and her husband severely sick. As a result, a large amount of their income is spent on medicine and hospital visits. From time to time, their health conditions end up putting the family in debt.

Ayeb-Karlsson describes the family situation during the interview: “By the time we finish the interview, Belkis needs to take her medicine. I glimpse over at her husband sleeping in the bed next to us. He hasn’t moved or made a single sound during the whole interview. Belkis notices my worry and explains that because he worked yesterday, he needs to rest today.” 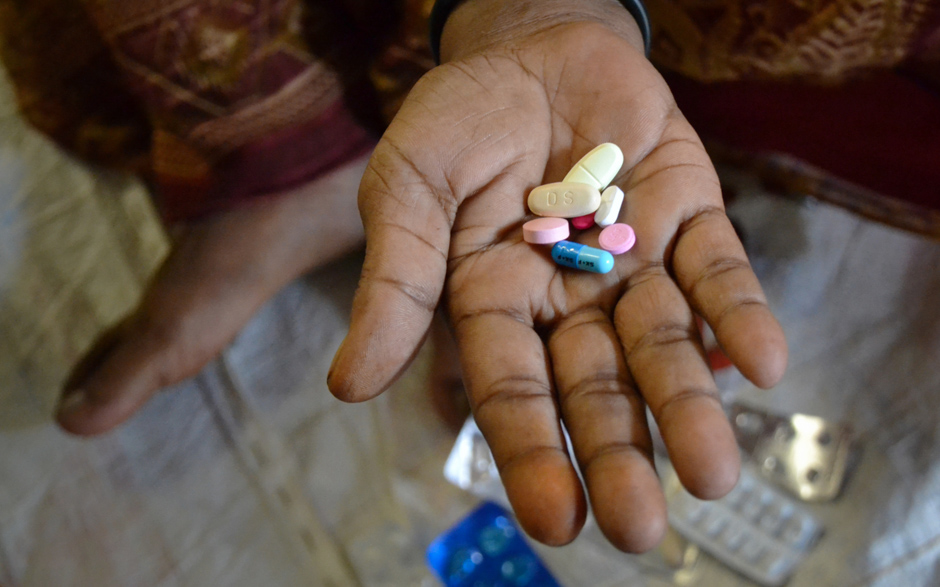 Belkis’ story is a story of what may happen after a family migrates from rural to urban Bangladesh — a story that does not end at “we decided to migrate”, or “we had to migrate”. Belkis’ life story begins when her family arrived in Dhaka, but she tells it differently. During the interview, she talks as if she was there. She describes it as if she went through the losses; as if she watched her house fall into the river, as if she moved, and as if she had to start all over again after reaching the capital. This is her story. Belkis never lived with her family on Bhola Island. She was born in another slum in Dhaka. Even though she was born in Dhaka, her story does not start there.

Belkis has only been to Bhola Island twice, about three or four days each time. She has spent her whole life in Dhaka, but she transmits a feeling of belonging somewhere else.

There is a lot more to be learned from experiences like Belkis’. Well-being is defined as “the state of being comfortable, healthy, and happy”. The loss of identity or belonging to a place can have crucial impacts on one’s well-being. Sustainable Development Goal 3 seeks to “ensure healthy lives and promote well-being for all at all ages”.

This definition of “well-being” is deeper than being healthy enough to work. This is an important step in the right direction when planning for a more sustainable future.

This article originally appeared on the UNU Institute for Environment and Human Security (UNU-EHS) website.

A Climate Migrant’s Story from an Urban Slum in Dhaka by Sonja Ayeb-Karlsson is licensed under a Creative Commons Attribution-NonCommercial-ShareAlike 4.0 International License.