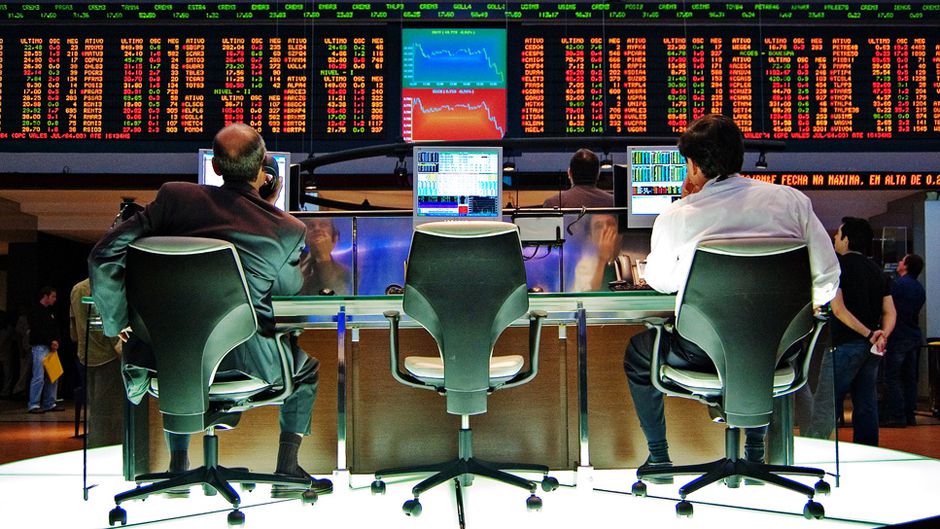 Fifteen hundred years after the fall of the Roman Empire, the modern city of Rome is the international policy epicentre for one of the most crucial issues of our time: global hunger.

That is because the eternal city is home to the three United Nations agencies mandated to deal directly with food security: the United Nations Food and Agriculture Association (FAO), the World Food Programme (WFP) and the International Fund for Agricultural Development (IFAD).

With the FAO’s prominent Food Prices Index reaching record levels for the third month in a row recently,  compounded by an overthrow of the government in Tunisia, riots in Algeria and elsewhere, speculation is rife in the media that the 2007/2008 food crisis — brought on by price spikes that plunged more than 100 million people into poverty  — is occurring all over again. 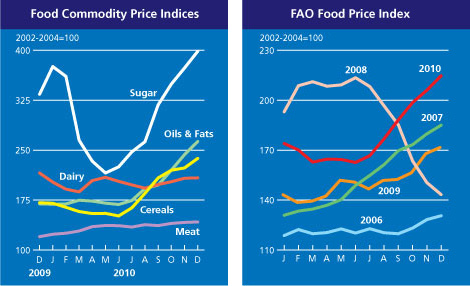 In a similar vein, the latest round of natural disasters, rising oil prices, biofuels demand, commodity market speculators and increasing meat and dairy demand from emerging economies are all held responsible to varying degrees.

In desperate times, the eyes of the food and agricultural policymakers might be expected to look towards Rome for explanations for the present situation and, importantly, for solutions to alleviate conditions for the world’s one billion who go hungry daily. With WFP and IFAD doing little of their own problem analysis and focusing on short term food aid and long term agricultural development respectively, the FAO is in the driver’s seat to steer the global conversation.

The mandate of the FAO is to “raise levels of nutrition, improve agricultural productivity, better the lives of rural populations and contribute to the growth of the world economy”.  To strengthen the theoretical foundations of its country programmes where it works with national governments, non-governmental organisations, the FAO also attempts to interpret the socio-economic and political forces that determine food prices and access to food.

With such a complex, evolving and divisive issue, it would be surprising if the organisation were to provide a consistent line of argument on this issue. Our World 2.0 has identified previously  how the UN’s Special Rapporteur on the Right to Food, Oliver de Schutter, has held commodity market speculators responsible for the price rises in 2008. In this briefing note, he summarized that “a significant proportion of that increase in price and volatility of essential commodities can only be explained by the emergence of a speculative bubble”.

Interestingly, de Schutter refers here to contrasting views put forward in a prominent paper presented to the Joint Meeting of the Intergovernmental Groups on Oils and Fats, Grains and Rice (but not representing the views of the FAO) by researchers Eugenio Bobenrieth and Brian Wright.

However, their economic modelling of grain prices since the 1960s provided a slightly different interpretation — namely that “the data show no evidence of a new market regime or of perverse effects from international financial speculation”. Instead, the authors conclude that “the high prices of 2007/08 reflect the magnified effects of low harvests and unexpected shocks related to biofuels demand, in the context of nearly irreducibly low levels of stocks”.

This lack of consensus on causality makes it difficult to fathom whether the 2007/2008 crisis and these recent rises represent a continuum of price rises over decades, or rather a new paradigm of exponential growth in prices influenced by speculation. Could it be that de Schutter, food-security expert Jayati Ghosh, and organisations such as the World Development Movement are overplaying the impact of food speculators?

That unresolved discussion predates the most recent increases of basic food commodities, although these authors and those of other papers clearly feared further rises at the time of writing. Perhaps to quell the anxieties in the media, the FAO seems keen to position Senior Grains Economist, Abdolreza Abbassian as the economic voice of reason on this issue. He appears in this divisive debate on Al Jazeera’s Inside Story arguing a position in between a pro-market commodities trader and the World Development Movement’s director, Deborah Doane.

In another video on the FAO media page, Abbassian believes that it is “not possible” (at least yet) to predict whether we will see a repeat of 2007/2008.

So why are prices mounting now? Stressing the importance of yearly or seasonal economic over historical analysis, Abbassian is clear that weather events like severe droughts in Russia and Kazakhstan are to blame. The FAO has measured that they have brought world cereal production down from a predicted 1-2% growth on the previous year, to a 2% decline.

The upshot is that the so-called “low-income-food-deficit countries” that import many of their staple foods are having to pay 40-60% higher prices than a year ago. (For a more detailed examination of price rises on a crop-by-crop basis, you can check out the latest Food Outlook report from November 2010.)

Underpinning the present conversation is the perennial question about whether the market is the problem or the solution. As we have pointed out before, there are two broad schools of thought, one pro-trade and pro-industrial agriculture, and the other favouring organic locally-based food security solutions.

This online contest between two experts recently on The Broker, illustrates that the role of the market is without doubt the “Heart of the matter”.

Understandably, there is a residue of distrust of pro-market policies in the developing world. The structural adjustment policies under the Washington Consensus since the 1980s have been blamed for the considerable underinvestment in agriculture in the Global South. If anything, the recent phenomenon of land grabs helps cements the idea that foreign governments and multinational corporations investing in agricultural lands in developing countries will take any financial and food security benefits with them back to their affluent nations. Respected founder of the Earth Policy Institute Lester Brown has even gone so far as to describe the farm-based investment opportunities available in developing countries as “better gold than gold for speculators”.

The generalised solutions proposed by Abbassian and others include increasing food production and opening markets for producers that depend on commodity trade for their livelihoods. Everyone from left-leaning activists to right-leaning economists has been calling for an end to huge farm subsidies, in the European Union and the US in particular. These artificially boost the incomes of often large industrial farms at the expense of the world’s poorest farmers who simply cannot compete on world markets.

At the same time, de Schutter and at least one other department of the FAO have called for interventionist reforms that demonstrate a fundament distrust of the market’s ability to share the benefits of trade fairly. Although short on specific policy solutions, the latest FAO Policy Brief, produced by its Economic and Social Development Department, recommends that international financial instruments such as the Compensatory Financing Facility and the Exogenous Shock Facility of the International Monetary Fund (IMF) provide “import financing” and “guarantees with minimal or no conditionality to alleviate the burden of credit and foreign exchange constraints”. The Policy Brief also encourages countries, presumably including many that have dismantled government safety nets, to “explore or reinforce measures to protect the most vulnerable, including through emergency food reserves”.

[quote quote=”For the world’s one billion hungry people, another day without the certainty of dinner is a food crisis, whether or not people in Rome are prepared to call it such.” type=”image” image=”2962″ ]

These latest prescriptions appear to give credibility to a market paradox: that growth in global food and agricultural trade under the World Trade Organization (WTO) regime and regional trade regimes like the North American Free Trade Agreement (NAFTA) has brought increased vulnerability and uncertainty to the very populations they were supposed to assist.

To be fair to the FAO, we should recognise that as an intergovernmental organisation comprised of the member states of the UN, it operates under significant constraints that ensure that the offerings from global dialogue, such as the outcome of the 2009 World Summit on Food Security, are almost certainly vague and do not lay blame heavily on any nation-states.

Still, how visible the “invisible hand” should be is not something the FAO has got to the heart of yet. The overall message from the FAO seems to be that free trade works, but that it has to be fairer. This seems reasonable enough. But without a commensurate change in the position of weak countries in relation to stronger countries, and weak food producers in relation to stronger ones, the present global divide will continue. Furthermore, louder calls for more localised solutions will seem more palatable, even if they don’t make sense in every context.

A crisis for some

If nothing else, the turmoil of the last few years demonstrates that the situation on the ground is moving too fast for food and agriculture ministers and officials to firstly understand, and then work together to address. No wonder that the French Government has recently called for an expanded and significantly improved FAO with the ability to gather more reliable and up-to-date food price data.

Reflecting this need, the organisation itself is promising to release a more detailed assessment of the latest food prices and has called for (in the November edition of Food Outlook) “more rigorous analysis” of the agriculture futures market before it refines its own position.

For the moment, the FAO remains reluctant to describe the current situation as a food price crisis. But for the world’s one billion hungry people, another day without the certainty of dinner is a food crisis, whether or not people in Rome are prepared to call it such.

A Food Price Crisis, If Not in Name by Mark Notaras is licensed under a Creative Commons Attribution-NonCommercial-ShareAlike 3.0 Unported License.