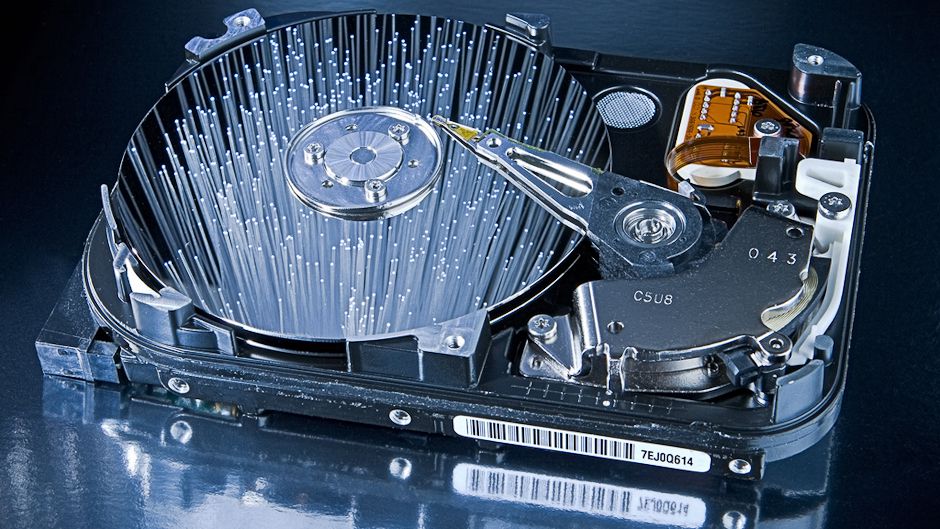 While the ash cloud from Iceland’s Eyjafjallajökull volcano expanded for a relatively short time over Europe and then slowly disappeared, another cloud, this one unseen, is rising steadily over the entire world.

Digital waste has grown exponentially over the last decade as storage of data — such as e-mails, pictures, audio and video files, etc. — has shifted to the online sphere.

The advent of web services that allow users to upload files has made it possible to leave behind (most likely in landfills) tapes and discs and instead throw all of our recorded information into one big digital cloud of computers.

Cloud computing refers to today’s predominant infrastructure and business model whereby information, software and other resources are delivered on-demand to users via the Internet. An ever-scalable collection of energy sucking data centres and server farms is required to deliver these services.

But the Internet saves energy, right?

According to Joseph Romm’s 1999 seminal work, The Internet Economy and Global Warming, direct sales to consumers and centralized digital inventories of goods could lead to dramatic reductions in energy consumption and greenhouse gas emissions by 2010.

However, things turned out differently. Each day we generate more and more data — your digital footprint, so to speak, requires huge amounts of server space and energy. A part of that digital footprint may be described as digital waste — just think about all the data that you have created online that you no longer use.

Almost everything we do online increases our carbon footprint. As a perverse example, Antivirus Company MacAffee reports that the electricity needed just to transmit the trillions of spam e-mails sent every year is equivalent to powering two million homes in the United States and generates the same amount of greenhouse gas emissions as that produced by three million cars.

According to a recent Greenpeace report, Make IT Green: Cloud Computing and its Contribution to Climate Change, the electricity consumed by cloud computing globally will increase from 632 billion kilowatt hours in 2007 to 1,963 billion kWh by 2020.

Quite clearly we cannot continue on this path and thankfully there are opportunities available to large IT companies to grow responsibly without fuelling climate change.

Google was among the first Internet companies to take action to reduce energy consumption at its data centres. It is trying to promote efficient computing and seeking to increase its use of renewable energy. Along with many of the leading IT firms, Google is a member of the Climate Savers Computing Initiative.

Over in Europe, some server operators, like the German web-space provider Strato (one of Europe’s largest), have done their calculations and recognized that they could reduce energy use by adopting high performance energy efficient hardware and software, as well as precise cooling systems that use sensors and special “cool corridors” to moderate temperature.

In 2008, Strato began reducing their CO2 emissions by switching to renewable energy to power their servers. They are now members of the Green Grid, a consortium of IT companies and professionals who want to improve energy efficiency in data centres and business computing worldwide. The organization wants to green the IT world by uniting “global industry efforts to standardize on a common set of metrics, processes, methods and new technologies to further its common goals”.

And if CO2 reduction and saving energy is not enough incentive for more companies to plug into the initiative, no doubt peaking oil supplies and rising oil prices will spur the Green Grid’s growth.

Hardware is only part of the problem

Most of the solutions on offer involve buying ever more efficient servers and enhancing the infrastructure. However, software developers also face the challenge of creating software that runs ‘greenly’ — i.e., sleekly and ultra-efficiently. A program is considered to be highly efficient when the software code is written in a short, effective way, thereby avoiding redundant calculations that waste CPU power.

A related issue is that of proprietary formats for documents, such as those for Mircrosoft Word or PDFs, as examples. If you have been working with computers for years, you probably have lots of documents on media that you can no longer open any more since your current software is not backward compatible. Jan Wildeboer, an open source evangelist, describes proprietary formats as “digital waste”.  He is most concerned about all the documents maintained by public bodies in proprietary formats and worries that unless we move to open standards all that data will be locked up forever and potentially inaccessible in the future if formats continue to evolve.

At the personal level we also need to be aware. Today, we are all simply so excited about being part of the virtual revolution in the digital age that few have stopped to think about the questions of e-waste and digital waste — the topics we have addressed in this ‘waste week’ series of articles.

We may not worry about what happens to our old computers or hand held devices like mobile phones and iPods. We probably too easily throw out those old ink cartridges with our regular trash, when we could take them to be recycled. We rarely, if ever, spare a thought for our digital footprints.

But maybe we should. It is interesting to ponder whether when we close down our online accounts, we could request that our files be removed, so as to free up server space for others? Could we specify that our digital waste be automatically removed after a certain period of non-use? That will probably never be possible, but we do need to think more carefully about the ramifications of this ever-growing computing cloud and the question of its long-term sustainability.

Just how much server space will humanity need in 2050?