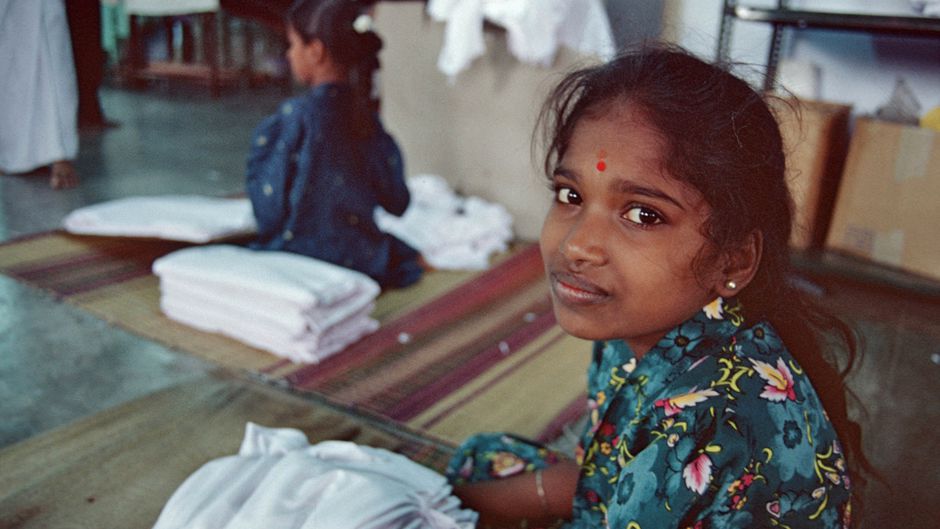 Maybe you’re familiar with the image of the beautiful, young, Eastern European woman who is the victim of brutal sex trafficking. But do you recognize the Bangladeshi construction worker in the United Arab Emirates who must work for a minimal wage until he repays his recruitment fee because his employer has confiscated his passport? What about the eight-year-old Malian boy working without pay on a cacao farm in Cote d’Ivoire?

The Western media has brought vital attention to sex trafficking, but in doing so it has perpetuated a sensationalized depiction of female victims by narrowing the focus to sexual exploitation. (Take this example of how to spot a sex trafficking victim at a hotel. ) Such popular narratives exclude the other victims of trafficking and often fail to acknowledge the underlying socioeconomic factors that make people vulnerable to it. This can have a detrimental impact when it comes to anti-trafficking policies. In order to better protect victims and prevent future trafficking, it is necessary to approach trafficking through the lens of human rights.

Questioning the distinction between sex trafficking and labour trafficking

In discourses on human trafficking, trafficking is frequently categorized as either sex trafficking or labour trafficking. Although it is impossible to have completely accurate statistics, the International Labour Organization estimates that there are 14.2 million victims of forced labour, and 4.5 million victims of forced sexual exploitation. However, the two categories often overlap, such as in the case of a person trafficked to work in a restaurant who is also forced to do sex work, rendering such a dichotomy counterproductive to protecting the rights of victims.

Trafficking in persons is defined by the UN as “the recruitment, transportation, transfer, harbouring or receipt of persons, by means of the threat or use of force or other forms of coercion, of abduction, of fraud, of deception, of the abuse of power or of a position of vulnerability or of the giving or receiving of payments or benefits to achieve the consent of a person having control over another person, for the purpose of exploitation. Exploitation shall include, at a minimum, the exploitation of the prostitution of others or other forms of sexual exploitation, forced labour or services, slavery or practices similar to slavery, servitude or the removal of organs”. Although this is a single definition of human trafficking, it does identify prostitution and forced labour as two distinct forms of exploitation. 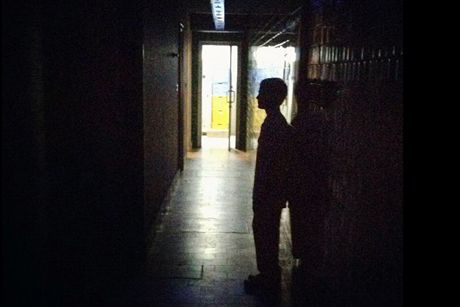 Men and children who are trafficked for labour can also be subject to sexual or physical abuse. Photo: Thomas Galvez. Creative Commons BY (cropped).

The most obvious justification for distinguishing these two categories is that sex trafficking involves a violation of the victim’s bodily integrity. However, women who are trafficked for other forms of labour, such as domestic work, also experience forms of sexual abuse and violence. Men and children who are trafficked for labour can also be subject to sexual or physical abuse. All victims of trafficking suffer various forms of coercion, both physical and psychological, to force them to perform degrading tasks against their will.

Since a violation of bodily integrity is not sufficient for differentiating these two categories of trafficking, the distinction seems to be an arbitrary one based on moral perceptions of the work the victims do. Domestic work, farm labour and construction, however exploitative the conditions, are all still perceived as morally acceptable sectors of work, whereas sex work is not. The consequence is that sex trafficking becomes conflated with prostitution, which has a negative impact on those who engage voluntarily in sex work. Additionally, the disproportionate focus on female sex trafficking obscures the violence and human rights violations experienced by men and children, in addition to women, who are trafficked for other forms of forced labour.

Despite the lack of justification for the distinction between labour trafficking and sex trafficking, the very real consequence is that certain victims of trafficking are seen as more deserving of aid and protection, resulting in one-dimensional policy responses.

A human rights approach to trafficking means putting victims at the centre of anti-trafficking policies by prioritizing the protection of their rights. By taking such an approach, whether the person is trafficked for sex work or another form of forced labour becomes irrelevant, because the victim’s rights are protected regardless of why they have been trafficked.

A core component of a human rights approach is ensuring equal protections to all victims of trafficking, regardless of their gender, age, or field of work. All victims are entitled to equal access to aid mechanisms, protection, and justice, as well as the choice to access these services in the way that they choose so as not to have their agency compromised (ie, not being obligated to testify in criminal proceedings). Therefore policy responses must take into consideration the often gendered nature of trafficking and sufficiently compensate for any gender-based discrimination in terms of access to aid and justice. In addition to actively ensuring these rights to trafficking victims, other anti-trafficking policies involving criminal prosecutions and migration regulations must not compromise human rights in the process.

The international protections against trafficking are found in the Protocol to Prevent, Suppress and Punish Trafficking in Persons, Especially Women and Children. This was established as part of the UN Convention Against Transnational Organized Crime, not within the human rights system. To help states implement this protocol through the lens of human rights, the UN High Commissioner for Human Rights has issued guidelines on human rights and trafficking.

Current state-level policies do not typically approach trafficking as a human rights issue, but rather as an issue of prostitution, border control, or organized crime, which detrimentally impacts the rights of trafficked persons by making them secondary to another policy objective. In the United States, national trafficking laws are heavily focused on criminal prosecution of traffickers. When addressing trafficking as an issue of organized crime, victims of trafficking can easily be made the instruments of criminal investigations. Their agency to choose whether or not to participate in the prosecution of their traffickers is disregarded, and their legal entitlements to protection and remedies becomes secondary. Additionally, victims themselves should not become the subject of prosecution for immigration violations or for criminal acts committed due to their trafficked situation. For example, in Hungary, NGOs have reported that some victims who refused to testify against their traffickers were detained by police for crimes against sexual morals.

When trafficking is dealt with as a migration issue, the question of consent versus coercion is often key to determining whether or not the person has an irregular immigration status. There is a broad spectrum of coercion at play in cases of human trafficking. Certainly a distinction must be made between trafficking and smuggling, in which case a person consents to being transported, usually for a fee. The key difference is that the person’s relationship with the smuggler typically ends upon arrival in the destination once the fee has been repaid, whereas a person who has been trafficked continues to be exploited by the trafficker interminably. Although some trafficking victims may have initially consented to being transported, they have done so under deceptive circumstances or after coercion, which renders their consent meaningless. A human rights approach allows us to go beyond the issue of determining the level of coercion to address the rights held by the victim, regardless of the circumstances in which he or she was trafficked.

Other migration policies intend to proactively prevent trafficking by protecting vulnerable groups by limiting their migration possibilities. For example, in Sri Lanka, certain women are restricted from migrating based on age, family status, destination and sector of work. Such policies in fact violate women’s right to freedom of movement and can inadvertently fuel trafficking or smuggling of those who have no legal means to migrate.

A holistic human rights approach is critical to advance anti-trafficking policies that prevent trafficking, rescue victims and provide for reintegration and prosecute traffickers. The objective of such an approach is to respect the human rights and dignity of all victims of trafficking while working toward its eradication.