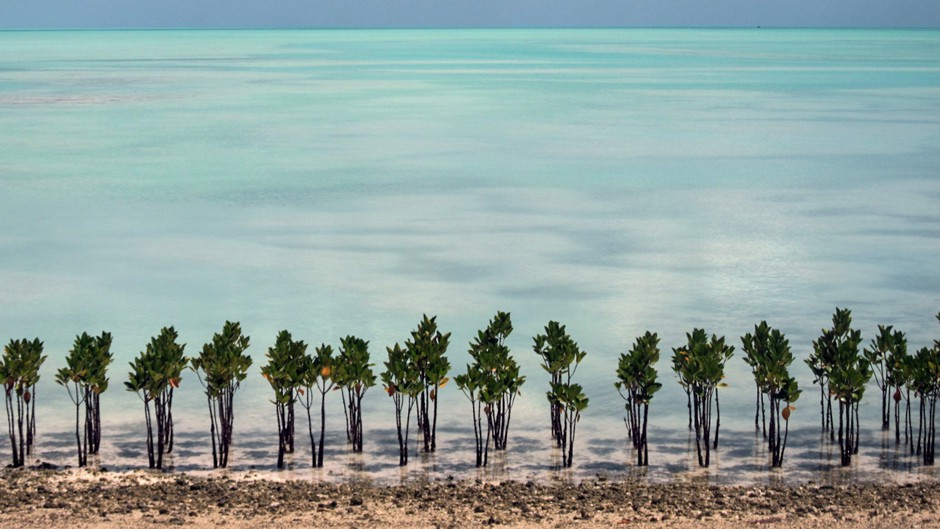 Recently a news story about a man seeking asylum in New Zealand as a climate change refugee made headlines all over the world. His original appeal to the Immigration and Protection Tribunal of New Zealand was dismissed in June 2013 because, according to the tribunal, he is not a considered a refugee under the terms laid out in the international Convention and Protocol Relating to the Status of Refugees. He is now asking the New Zealand High Court to let him appeal this case.

“There’s no future for us when we go back to Kiribati,” Ioane Teitiota told the appeal tribunal, adding that a return to his tiny Pacific atoll would pose a risk to his children’s health, according to Reuters.

The relationship between climate change and migration is complicated. And pointing to climate change as the main factor affecting the living conditions on small island states is difficult.

People such as inhabitants on small island states, in many cases find themselves caught between wrongs of the past and the future consequences of these wrongs, explains Ilan Kelman, Reader in Risk, Resilience and Global Health at University College London.

Kelman points out that many island states are still struggling with the effects of colonialism, post-colonialism, modernism, forced relocation efforts and misguided aid, as well as the consequences of greenhouse gas emissions, mainly from the rich countries of the world.

No matter how the New Zealand High Court concludes on Mr. Teitiotas’ appeal, his story is also a story about the nation of Kiribati, as an icon for other islands regarding the challenges they face concerning overpopulation, resource management, poverty, sea level rise and climate change.

The following text is adapted from the official decision from the Immigration and Protection Tribunal of New Zealand.

Ioane Teitiota was born in the 1970s on an islet situated three days journey by boat, or two hours by plane, north of Tarawa, the main island and capital of Kiribati.

As is common in the Kiribati island group, his home island is a low-lying atoll with houses built on coral debris which has accreted over time. When in his early teens, he was sent to school on a nearby island. 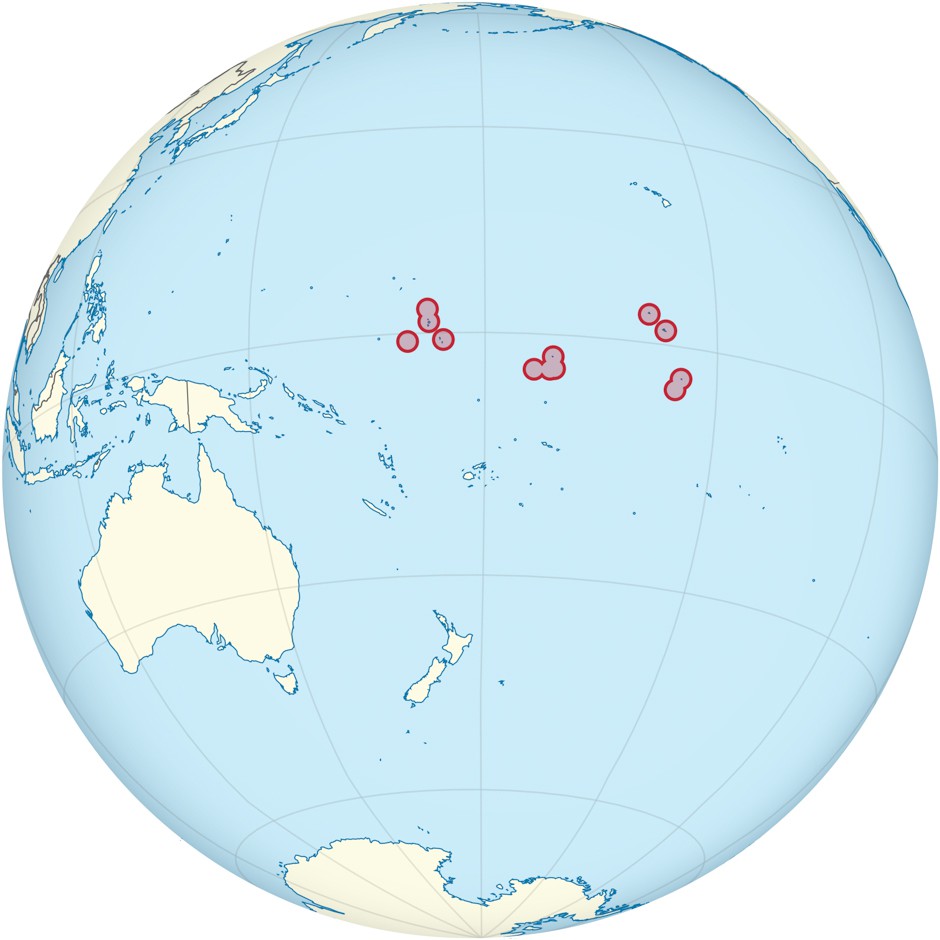 The Republic of Kiribati is a vast island nation in the Pacific Ocean comprising 32 atolls and one raised coral island, Banaba, dispersed over 3.5 million square kilometres. The population of just over 100,000 inhabits an area approximately 800 square kilometres. Map: Wikimedia.

In 2002, Teitiota married his wife and moved in with her family in another village situated on Tarawa. He lived there with his wife’s family in a traditionally constructed dwelling which had been built on coral, which had accreted on a sea wall built some years previously. The dwelling was situated on ground level and had electricity. Water was obtained from a well and from supplies provided by the Government. There were no sewerage facilities.

Over time, the villages on Tarawa in which Teitiota resided became overcrowded. People travelled to Tarawa from outlying islands because this was where most government services such as the main hospital were located. Land was purchased from existing landholders or acquired through kinship ties to Tarawa.

As the villages became overcrowded, tensions were generated and there were often physical fights in which people were injured, and on occasion, killed. When this happened, the police intervened, taking the injured to the hospital and arresting those responsible.

Life generally became progressively more insecure on Tarawa as a result of sea level rise. From the late 1990s onwards, Tarawa suffered significant amounts of coastal erosion during high tides. Also the land surface was regularly flooded and land could be submerged up to knee-deep during king tides. Transportation was affected as the main causeway separating north and south Tarawa was often flooded.

This caused significant hardship for Teitiota, his wife and family as well as other inhabitants on Tarawa. The wells upon which they depended for water became salty. Salt water was deposited onto the ground destroying crops. Crops were difficult to grow and the land was stripped of vegetation in many places.

The Government’s supplies of water are coming under pressure through overpopulation and because people can increasingly no longer rely on well water for an alternative source. The sea wall in front of the Teitiota’s  parents-in-law’s house was often damaged and required constant repair. The family existed largely by subsistence fishing and agriculture. One of the appellant’s brothers-in-law works at a local government port agency and provides cash income for the whole family as best as he is able. However, life is generally becoming more difficult. 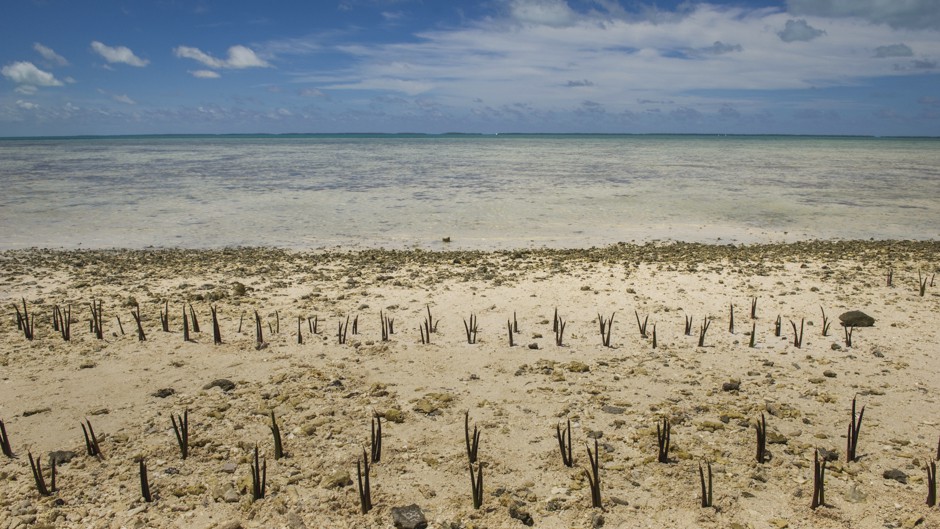 Teitiota and his wife wished to have a family. However, they were concerned that the information they were receiving from television, media and from other sources meant that there would be no possibility of living on Tarawa. They therefore decided to emigrate to New Zealand. The appellant’s parents live on his home island but they face similar environmental pressures and population pressures.

He was aware that the Government was taking what steps it could. The Government has bought land in Fiji to grow crops to sustain the livelihoods of the people in Kiribati. In his area the Government has also built sea walls but these are ineffective and are prone to frequent damage. However, it was powerless to stop sea level rise.

He also accepted that his experiences were common to people throughout Kiribati. He had been in contact with his family and understood they were facing similar problems in his home island. His relatives whom he had lived with when he initially moved to Tarawa moved to another island and they too were experiencing similar problems. There was simply no land anywhere in Kiribati for the family to relocate and avoid the onset of sea level rise.

This article appears courtesy of Many Strong Voices, working to promote the well-being, security, and sustainability of coastal communities in the Arctic and Small Island Developing States (SIDS) by bringing these regions together to take action on climate change mitigation and adaptation, and to tell their stories to the world.