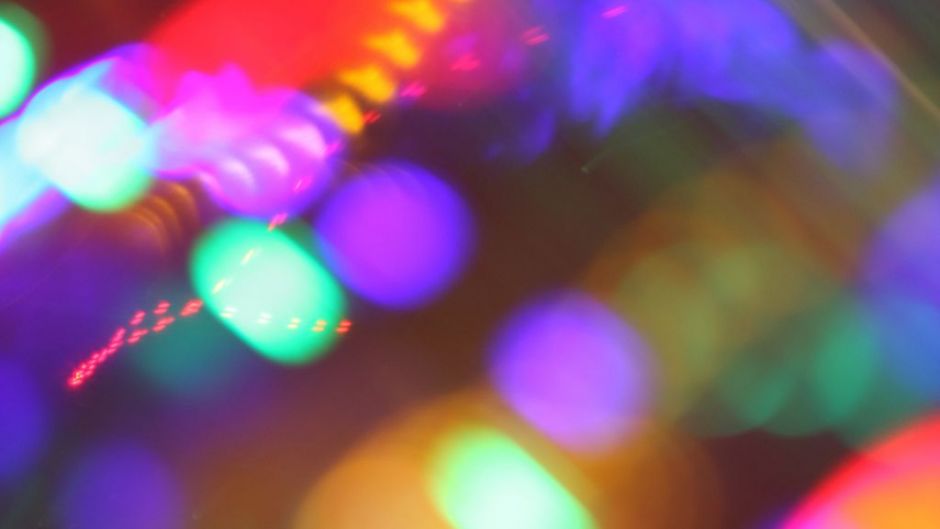 Internet technology and renewable energies are merging to create a powerful new infrastructure. Economist Jeremy Rifkin explains how the five pillars of a third energy-communications revolution will create the foundations for the next great wave of economic growth.

Our industrial civilization is at a crossroads. Oil and the other fossil fuel energies that make up the industrial way of life are dwindling, and the technologies made from and propelled by these energies are antiquated. The entire industrial infrastructure built on fossil fuels is ageing and in disrepair. The result is that unemployment is rising to dangerous levels all over the world. Governments, businesses and consumers are awash in debt, and living standards are plummeting everywhere. A record one billion human beings — nearly one seventh of the human race — face hunger and starvation.

Worse, climate change from fossil fuel-based industrial activity looms on the horizon. Our scientists warn that we face a potentially cataclysmic change in the temperature and chemistry of the planet, which threatens to destabilize ecosystems around the world. We may be on the brink of a mass extinction of plant and animal life by the end of the century, imperilling our own species’ ability to survive. It is becoming increasingly clear that we need a new economic narrative that can take us into a more equitable and sustainable future.

A new convergence of communication and energy

By the 1980s, the evidence was mounting that the fossil fuel-driven industrial revolution was peaking and that human-induced climate change was forcing a planetary crisis of untold proportions. For the past 30 years, I have been searching for a new paradigm that could usher in a post-carbon era. I came to realize that the great economic revolutions in history occur when new communication technologies converge with new energy systems. New energy regimes make possible the creation of more interdependent economic activity and expanded commercial exchange, as well as facilitating more dense and inclusive social relationships. The accompanying communication revolutions become the means to organize and manage the new temporal and spatial dynamics that arise from new energy systems.

In the 19th century, steam-powered print technology became the communication medium to manage the coal-fired rail infrastructure and the incipient national markets of the First Industrial Revolution. In the 20th century, electronic communications — the telephone and later, radio and television — became the communication medium to manage and market the oil-powered auto age and the mass consumer culture of the Second Industrial Revolution.

In the mid-1990s, it dawned on me that a new convergence of communication and energy was in the offing. Internet technology and renewable energies were about to merge to create a powerful new infrastructure for a Third Industrial Revolution that would change the world. In the coming era, hundreds of millions of people will produce their own green energy in their homes, offices, and factories, and share it with each other in an “energy Internet,” just like we now create and share information online. The democratization of energy will bring with it a fundamental reordering of human relationships, impacting the very way we conduct business, govern society, educate our children, and engage in civic life.

The critical need to integrate and harmonize these five pillars at every level and stage of development became clear to the EU in the fall of 2010. A leaked European Commission document warned that the EU would need to spend €1 trillion (US$1.3 trillion) between 2010 and 2020 on updating its electricity grid to accommodate an influx of renewable energy. The internal document noted that “Europe is still lacking the infrastructure to enable renewables to develop and compete on an equal footing with traditional sources”.

The EU is expected to draw one-third of its electricity from green sources by 2020. This means that the power grid must be digitized and made intelligent to handle the intermittent renewable energies being fed to the grid from tens of thousands of local producers of energy.

Of course, it will also be essential to quickly develop and deploy hydrogen and other storage technologies across the EU’s infrastructure when the amount of intermittent renewable energy exceeds 15% of the electricity generation, or much of that electricity will be lost. Similarly, it is important to incentivize the construction and real estate sectors with low-interest green loans and mortgages to encourage the conversion of millions of buildings in the EU to mini power plants that can harness renewable energies on-site and send surpluses back to the smart grid. And unless these other steps are taken, the EU won’t be able to provide enough green electricity to power millions of electric plug-in and hydrogen fuel cell vehicles being readied for the market.

If any of the five pillars fall behind the rest in their development, the others will be stymied and the infrastructure itself will be compromised.

The creation of a renewable energy regime, loaded by buildings, partially stored in the form of hydrogen, distributed via smart intergrids, and connected to plug-in, zero-emission transport, opens the door to a Third Industrial Revolution. The entire system is interactive, integrated, and seamless. When these five pillars come together, they make up an indivisible technological platform — an emergent system whose properties and functions are qualitatively different from the sum of its parts. In other words, the synergies between the pillars create a new economic paradigm that can transform the world.

At first blush, the very notion of lateral power seems so contradictory to how we have experienced power relations through much of history. Power, after all, has traditionally been organized pyramidically from top to bottom. Today, however, the collaborative power unleashed by the coming together of Internet technology and renewable energies, fundamentally restructures human relationships, from top to bottom, from side to side, with profound implications for the future of society.

The music industry didn’t understand distributed power until millions of young people began sharing music online, and corporate revenues tumbled in less than a decade. Encyclopedia Britannica did not appreciate the distributed and collaborative power that made Wikipedia the leading reference source in the world. Nor did the newspapers take seriously the distributed power of the ‘blogosphere’; now many publications are either going out of business or transferring much of their activities online. The implications of people sharing distributed energy in an open commons are even more far-reaching.

The democratization of energy

To appreciate how disruptive the Third Industrial Revolution is to the existing way we organize economic life, consider the profound changes that have taken place in just the past twenty years with the introduction of the Internet revolution. The democratization of information and communication has altered the very nature of global commerce and social relations as significantly as the print revolution in the early modern era. Now, imagine the impact that the democratization of energy across all of society is likely to have when managed by Internet technology.

The Third Industrial Revolution build-out is particularly relevant for the poorer countries in the developing world. We need to keep in mind that 40% of the human race stills lives on two dollars a day or less, in dire poverty, and the vast majority have no electricity. Without access to electricity they remain “powerless,” literally and figuratively. The single most important factor in raising hundreds of millions of people out of poverty is having reliable and affordable, green electricity. All other economic development is impossible in its absence. Universal access to electricity is the indispensable starting point for improving the lives of the poorest populations of the world.

Because renewable energy — solar, wind, geothermal, hydro and biomass — is widely distributed, a Third Industrial Revolution is ideally suited to take off in the developing world. Although a lack of infrastructure is often viewed as an impediment to development, what we are finding is that because many developing nations are not saddled with an ageing electrical grid, they can potentially “leapfrog” into a Third Industrial Revolution. In other words, by building a new, distributed electricity system from scratch, rather than continuing to patch up an old and outworn grid, developing countries significantly reduce the time and expense in transitioning into a new energy era. Moreover, because of the distributed nature of the Third Industrial Revolution infrastructure, risk can be more widely diffused, with localities and regions pooling resources to establish local grid networks, and then connecting with other nodes across regions. This is the very essence of lateral power.

Energy regimes shape the nature of civilizations — how they are organized, how the fruits of commerce and trade are distributed, how political power is exercised, and how social relations are conducted. In the 21st century, the locus of control over energy production and distribution is going to tilt from giant fossil fuel-based centralized energy companies to millions of small producers who will generate their own renewable energies in their dwellings and trade surpluses in an info-energy commons.

But in order to facilitate this transition it will be necessary to provide a favourable playing field, and that means financial aid, technology transfer, and training programs to assist emerging countries. What’s going on in developing nations heralds a historic transformation, as households jump from the pre-electricity era directly into the Third Industrial Revolution age. This process represents the democratization of energy in the world’s poorest communities.

The Third Industrial Revolution offers the hope that we can arrive at a sustainable post-carbon era by mid-century. We have the science, the technology, and the game plan to make it happen. Now it is a question of whether we will recognize the economic possibilities that lie ahead and muster the will to get there in time.

This article appears courtesy of Making It: Industry for Development, a quarterly magazine aiming to stimulate debate about global industrial development issues. It is published by the United Nations Industrial Development Organization (UNIDO).

Read part two of the “A new economic reality” series, The new economy: inclusive and sustainable, in which UNIDO Director-General, Kandeh K. Yumkella, and Morgan Bazilian explore the challenges of inclusivity.

Jeremy Rifkin is president of the Foundation on Economic Trends, and has been an adviser to the European Union (EU) for the past decade and is the principle architect of the EU’s Third Industrial Revolution long-term economic sustainability plan to address the triple challenge of the global economic crisis, energy security, and climate change. He is the author of more than twenty best-selling books on the impact of scientific and technological changes on the economy, the workforce, society, and the environment. His most recent books include The Third Industrial Revolution: How Lateral Power Is Transforming Energy, the Economy, and the World; and The Empathic Civilization: The Race to Global Consciousness In a World In Crisis.