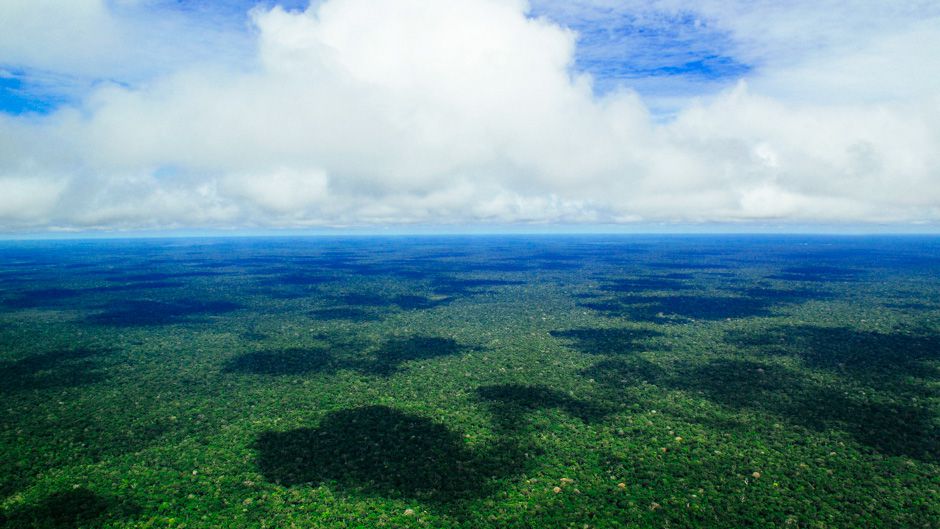 Science conferences are interesting events for the scientists concerned. Only rarely, however, do they muster any level of interest among the public and the policy-making community. This is fine as long as the main objective of these conferences is the exchange of the latest scientific results. However, in the case of global environmental change programmes working at the crossroads of science and policy, the key objective is to get scientific results and conclusions out to the policy community and the public at large.

The recent Planet under Pressure conference in London — organized by the International Human Dimensions Programme on Global Environmental Change (the Secretariat of which is hosted by UNU in Bonn), the International Geosphere Biosphere Programme, DIVERSITAS and the World Climate Research Programme — was in this respect a significant success. It reached not only the scientific community, but also policy makers and, most importantly, the general public. Through a large number of media outlets from all over the world, the conference became a platform for dialogue between the four key stakeholders: science, policy, industry, and youth.

Three key qualities of the conference stood out. First, it was a truly multi-disciplinary gathering in which discussions on climate change and ocean acidification were held alongside debates over poverty and inequality, and incorporated participation from both natural and social scientists.

The second major feature was the level of policy-relevant discussion. This included nine policy briefs developed and published especially for the event on issues ranging from food security and the green economy to human well-being, all fostering lively discussions on site.

Third, a comprehensive outreach strategy helped the message to get out beyond the conference walls and into the broader public. More than 220 unique stories were published in over 10 languages and over 20 countries. Media reporting on the conference’s key aims and outcomes was predominantly reached in top international print, online, radio and TV outlets and ranged from well-known scientific journals like Nature and New Scientist through widespread coverage by newsrooms like AFP, Reuters, Xinhua and EFE to prestigious media outlets such as BBC, New York Times, Guardian and Deutsche Welle. Most of the media reporting positively reflected upon the conference as a substantial and key contribution to the Rio+20 process from the scientific community.

A key rallying call from Planet under Pressure was the need for research to focus on how to move towards global sustainability over many fields and at all levels. Interconnected thinking and interdisciplinary research are needed to bridge the gaps between science and policy as well as science and the public. Sessions on the green economy were therefore of high relevance to the discussion and well-frequented parts of the event.

One particularly well-attended session was the pre-release of the Inclusive Wealth Report (IWR). The report provides a measurement framework that will allow nations to evaluate not just the overall wealth of their society, but also the sustainability of their growth patterns. The IWR has been developed since 2010 by the International Human Dimensions Programme on Global Environmental Change (IHDP) — for which UNU is one of three institutional sponsors and hosts the IHDP Secretariat — in collaboration with the United Nations Environment Programme.

This provides a far more accurate and comprehensive picture of overall wealth than the most commonly used indicator today, per capita Gross Domestic Product (GDP). The Inclusive Wealth Index (IWI) computes the changes in the productive base of a country — i.e., the collection of capital assets a country owns, including natural capital, human capital, produced capital and social capital.

The first IWR, to debut in full at the UN Rio+20 summit in June, will describe the Inclusive Wealth of 20 nations, representing 72 percent of world GDP and 56 percent of the global population, over a period of 19 years. The report will be provided to national governments biennially, allowing them to assess the transition to a green economy, in order to create productive and sustainable economic bases for the future.

Interest in the IWR during the conference was particularly high as the report promises to be a tool that countries can actually use. With this report, the scientific community is proposing a concrete instrument with which nations can measure whether they are using their natural resources in a sustainable way and if their economic development is moving in the right direction — i.e., if they are investing intelligently in the “right” capital.

As noted at the conference, the IWR found that although most countries are now on a sustainable track, they are just barely so. Brazil and India, for instance, pay a particularly high price for their rapid economic growth. Between 1990 and 2008, the wealth of these two countries as measured by GDP per capita rose 34 percent and 120 percent respectively. At the same time, however, the IWR per capita found that natural capital assets, from forests to fossil fuels and minerals, declined 25 percent in Brazil and 31 percent in India.

Thus, when measures of natural, human and manufactured capital are considered together to obtain a more comprehensive value, these countries’ Inclusive Wealth rose in the range of 18 percent in both cases over that time.

These examples illustrate why IWI can provide a more comprehensive understanding of the long-term economic progress made by countries, including crucial aspects of the system such as natural capital.

Planet under Pressure provided both a platform for dialogue and debate between the scientific community, policy makers, private sector and general public, as well as a model for future events in the area of global environmental change. It marked the beginning of a new shift toward inclusiveness in addressing the most pressing issue facing the world today, and we look forward to building upon this success in the coming months and years.

A Shift Towards Inclusive Wealth Indicators by Anantha Duraiappah is licensed under a Creative Commons Attribution-NonCommercial-ShareAlike 3.0 Unported License.

Anantha Duraiappah is the Executive Director of the International Human Dimensions Programme on Global Environmental Change. He is an experienced environmental-development economist whose work largely focuses on the equity of access and use of ecosystem services. Prof. Duraiappah has been involved in the initiation of the Intergovernmental Platform on Biodiversity and Ecosystem Services and the development of the Inclusive Wealth Report.