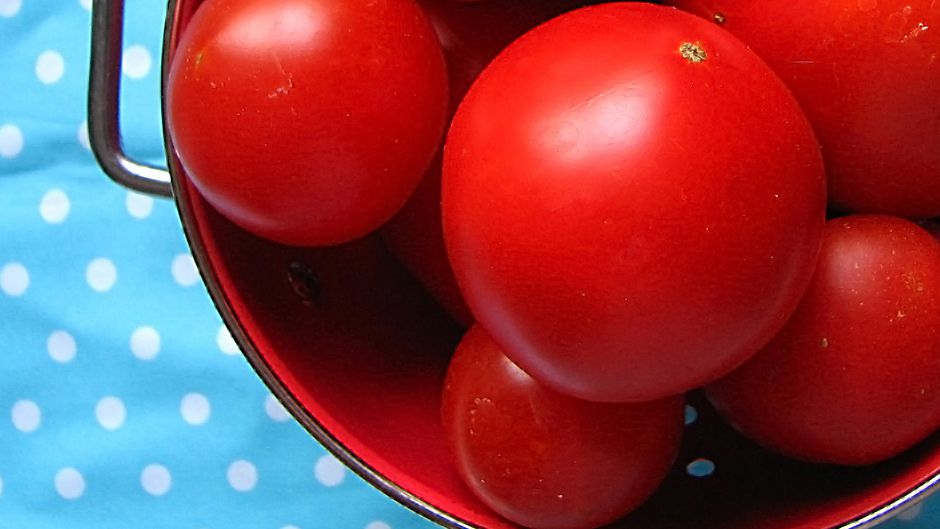 Such shops were more expensive, so most people avoided them and did their groceries at regular supermarkets.

Those days are gone.

Europe, for instance, is home to 24% of the world’s organic farmland and demand for organic food is booming. Many people, in countries like Germany, have literally become organic food-obsessed after the implementation of regulations to subsidize local and organic farming industries — an unprecedented show of state support for organic agriculture.

Today, Germany is Europe’s largest market for organic products, with a sales volume of €5.8 billion and an average growth of 15% every year.

Perhaps the shift towards an organic lifestyle fell on fertile ground in Germany because of the country’s long history of green movements and green politics. Nowadays, 90% of Germans say they approve of organic food and 70% state that they would not consider buying genetically-modified food.

There is also a strong perception that healthy food should be subsidized by state and supported by society. Thus, political support for organic agriculture sparks a consumption habit, and finally overcomes the initial market preference for low-priced food.

But there is another important driver behind the growth of organic food. Essentially, organic farming is more environmentally benign than conventional farming. The fact that pesticides and fertilizers are not used is only one well-known difference.

Business seems to have caught on and a new generation of lower-priced organic food stores, or “bio supermarkets”, are popping up in German cities. More than 300 supermarkets and chains have spread across the country in recent years and offer much more competitive prices for an array of up to 8,000 products per store.

Such stores make up one fifth of the overall revenues in the organic food sector and earnings are expected to increase significantly in the coming years, according to the latest report of the German Federation of Organic Food Industry. In 2008, several chain stores already achieved a sales volume increase of up to 25%.

Today organic products can be found in virtually every conventional supermarket. The same is true for major supermarket chains across Europe.

However, it remains to be seen whether the organics business model, which does not focus solely on profit maximization, will turn out to be more robust in times of economic downturn than the business-as-usual style of agriculture.

“The organic movement is influenced by the so-called crisis as well,” argues Markus Arbenz, currently director of BioSuisse and designated executive director of the International Federation of Organic Agriculture Movements (IFOAM).

“However, behind the organic boom we have observed for quite a long time already, a deep shift in the awareness of people. People are fed up with being responsible for environmental destruction. More and more people realize that we have one planet only and that we have to care for it.”

“Organic production provides credible answers because the organic industry is not just talking but really solving issues and the concept of sustainable production is the only agriculture concept with a future perspective we can explain to our children if we want to give them the same opportunities to feed people. Such awareness for quality rises especially in times of crisis.”

There is certainly a great deal of investment interest in organic agriculture from progressive banks like Germany’s GLS. It operates according to transparent, ethical codes of practice, and lets customers choose to which of more than 6,600 social or ecological projects their deposits should be offered as a loan. Such banks and their customers can play a key role in supporting organic farmers in these difficult economic times.

Another way to look at organic farming is as an employment creator, something badly needed right now. For example, it is estimated by the Bioland Association that organic farms in Germany could provide 34% more jobs in relation to the farmed space without compromising profitability.

Further, 39% of such farms have women in top managerial and executive positions — a remarkable gender equity aspect.

However, we need to look beyond the developed North to really appreciate the potential of organic farming.

One might ask what the role of organic food is in a world where 800 million people are chronically undernourished. GMO proponents may claim that genetically modified crops are the only way to increase food production efficiency. This view could be supported by a recent European study that showed how GM crops added more than 100 million tons to global agricultural output between 1996 and 2006 and thus increased farmer incomes by $33.8 billion.

But that may be missing the point.

“Worldwide, under-nutrition or malnutrition is not a problem of production — the world production has almost always been more than enough — but a problem of distribution of income and access to foodstuffs.” says Arbenz.

“The reality is that people need to be empowered, instead of creating patents on seeds, which makes farmers dependent, creates higher risks for them and obliges them to use expensive and environment-damaging chemical and synthetic pesticides. FAO studies have shown that a world with organic agriculture can feed a growing population.”

What an organic food strategy can provide is a holistic approach. Organic farming as development strategy is based on a three-dimensional sustainability perspective, including ecological, economical and social aspects.

The potential of such a strategy is supported by a global report from the International Assessment of Agricultural Science and Technology for Development, as well as by experts like Dr. Prabha Mahale, pioneer of organic farming in India and IFOAM member, who states:

“The scientific evidence gives unequivocal support to organic agriculture. Organic agriculture is a credible solution for the 21st century as a sustainable production method… sustainability put into practice.”

According to Arbenz, the success of organic farming depends on the bottom up movement and on a reliance on the motivation and convictions of stakeholders.

“Crucial as well is not to loose the idealistic values. Organic is under scrutiny of critical consumers and it has to constantly prove that it deserves trust and that it really fulfills the expectation that the organic label owners raise.”

There is also evidence that this solution may be one that is catching on. Over the past few years, organic food production has been booming worldwide. Particularly in developing countries, the increase in acreage of organically managed land and in the number of producers has been very significant.

According to a recent report, about one third of the world’s organically managed land — almost 11 million hectares — is located in developing countries. Most of this land is in Latin American countries, with Asia and Africa in second and third place. When it comes to the number of organic producers, Africa has the highest number (see graphic below and click the Gallery icon for more graphics).

Nonetheless, Dr. Mahale reminds us, caution must be taken to ensure that export-focused national governments and agribusiness corporations do not hijack the movement, ignoring domestic markets, sidelining small farmers and eradicating social gain.

For ultimately, the time has come to rethink the conventional concept of “efficiency per agrarian unit”. As proposed at a conference in Finland, today it is more appropriate to measure food production “per unit of the most limited resource” and to include factors like human well-being and livelihood benefits.

A Taste for Organic Food by Kalle Huebner is licensed under a Creative Commons Attribution-NonCommercial-ShareAlike 3.0 Unported License.
Based on a work at http://ourworld.unu.edu/en/a-taste-for-organic-food/.

Kalle Huebner graduated with a M.A. in Political Science and Slavic Studies from the University of Leipzig in Germany. Currently he is working as an intern at the United Nations University Institute for Sustainability and Peace (ISP) and receives the Carlo Schmid scholarship from the German Academic Exchange Service. He is interested in development strategies, political ethics and sustainable living.