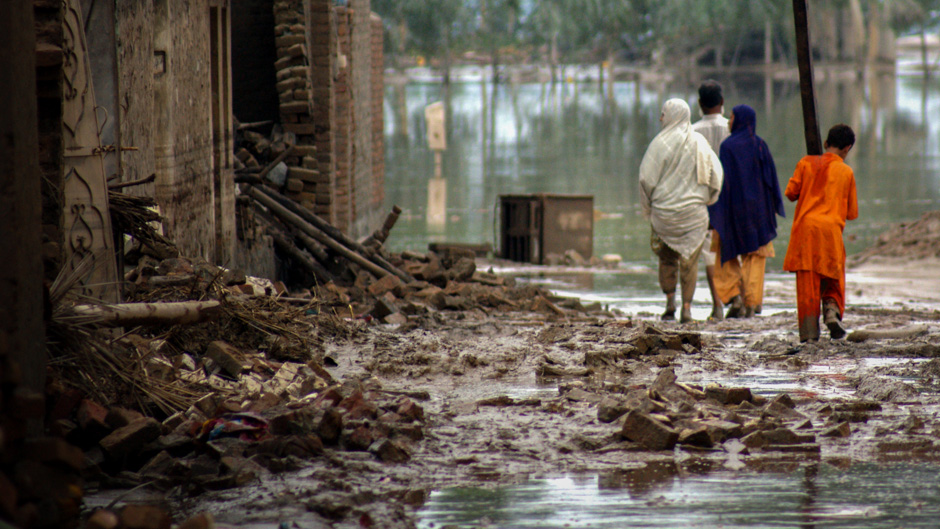 Disasters can be a country’s worst nightmare — death, destruction and exorbitant recovery costs devastate economies and citizens alike. Between 2002 and 2011, 4,130 disasters were recorded around the world causing damages of at least US$1.195 trillion and killing more than a million people. Moreover, the frequency and intensity of disasters is on the rise.

But not all countries face the same level of disaster risk. What are the factors that determine a country’s level of risk and how can this be expressed both qualitatively and quantitatively to better influence policy and preparedness? This is what the 2012 edition of the WorldRiskReport (WRR) seeks to answer.

The first edition of the WRR was launched in 2011 by Alliance Development Works in collaboration with the United Nations University Institute for Environment and Human Security and The Nature Conservancy. Designed to highlight the complex nature of disaster risk, the WRR aims to provide tools for more effective disaster planning and coping strategies.

The WRR is based on the key idea that it is not the strength of a natural hazard alone that determines the occurrence or extent of a disaster.

A recipe for disaster

The WRR is based on the key idea that it is not the strength of a natural hazard alone that determines the occurrence or extent of a disaster. Rather, it is the variable interaction of a hazard with socio-economic, political and environmental factors that determines the final result. In the report’s words, “disaster risk is seen as a function of exposure and vulnerability”.

This is not necessarily a new idea, but the WRR contributes unique clarity to the growing body of work on this issue by quantifying risk and the factors that influence it, and presenting it in a comparative index. This enables policymakers to readily identify problem areas and more easily communicate the need for better disaster risk strategies.

In order to evaluate the risk of a particular country, the centrepiece of the report, the WorldRiskIndex (WRI), considers four components:

2.) Susceptibility of the society to harm; based on infrastructure, nutrition, housing situation and economic framework conditions.

3.) Coping capacities of a society in the aftermath of a hazard; based on governance, disaster preparedness and early warning capacity, medical services, social networks and material coverage.

Using this formula, it becomes clear that it is possible for a very highly exposed country, such as Japan (ranked 4th in terms of exposure) or the Netherlands (ranked 12th in exposure), to achieve lower overall risk levels (Japan is ranked 16th; the Netherlands is ranked 51st), as the highly developed nature of these societies means that vulnerability is low. Conversely, countries with extreme social vulnerability, like Liberia, are still at significant risk from disasters (ranked 60th in overall risk) despite only minor levels of exposure (ranked 113th).

The most dangerous combination is of course where high exposure to hazards and climate change coincides with significant vulnerability within societies, pushing countries in this category to the top of the list. By evaluating individual countries this way, it is also possible to identify global disaster risk hotspots, such as in Oceania, Southeast Asia, the southern Sahel and in Central America.

Each edition of the WRR focuses on a particular factor of disaster risk. While the 2011 inaugural WRR highlighted civil society and governance, the most recent edition focuses on environmental degradation and disasters.

The environmental impact of disasters is often blatantly visible as hazard events such as hurricanes, earthquakes and floods devastate natural landscapes. Moreover, environmental degradation and climate change are increasingly being recognized as a key driver of natural hazards while also reducing a society’s capacity to cope.

It is this reciprocal relationship between damage to the environment and disasters that occupies the latter half of WRR 2012.

The idea that environmental damage is a driver of natural hazards has gained significant currency at the international level, yet it remains difficult to systematically establish the extent of this link on a global scale and more research and action in this area is required. There are a number of studies at local and regional levels, however, that demonstrate the negative effects of environmental degradation on disaster risk.

The WRR 2012 points out that it has been well established that, for example, agribusiness increases soil erosion and that the loss of mangroves and wetlands alongside rivers removes natural protection against flooding. The risk of landslides is also increased by heavy precipitation, deforestation and farming on steep slopes.

The environmental degradation caused by disasters is fairly obvious. For example, in 2005, Hurricane Katrina in the United States caused extensive damage to coastal ecosystems. As a result, Louisiana’s Chandeleur Islands lost about 85 percent of their surface area, depriving hundreds of thousands of migratory birds of essential nesting and feeding grounds. Furthermore, over 570 square kilometres of marshland and coastal forests were lost along the Gulf Coast.

Because ecosystems are so important to disaster risk mitigation, countries need to make sure their drive towards socio-economic development does not come at the cost of fragile natural systems.

But some disasters have environmental consequences that can take years or decades to assess. The immediate economic and social impacts of the 2011 Great East Japan Earthquake and resulting tsunami and nuclear accident have been widely publicized, but a year and a half later the full extent of ecosystem damage from radiation remains to be gauged.

Healthy ecosystems to the rescue

According to WRR 2012, intact and healthy ecosystems can significantly reduce disaster risk in four ways, corresponding to the four components of the WRI.

Given that disaster risk is about much more than simply exposure, reducing risk is not a short-term or reactionary process but involves development progress across the board. Vulnerability is high in countries that lack effective governance, education, medical services, infrastructure and where environmental management is poor. Efforts to combat poverty and improve socio-economic structures and institutions are therefore imperative, along with specific attention to disaster preparedness, early-warning systems and long-term resilience strategies incorporated into policy planning.

Because ecosystems are so important to disaster risk mitigation, countries need to make sure their drive towards socio-economic development does not come at the cost of fragile natural systems. Environmental management needs to be a top priority.

Socio-economic development, environmental degradation and climate change have been on the international agenda for a long time, but until recently discussions on these issues have mainly taken place in parallel to each other, rather than using an integrative approach.

Fortunately, recent shifts signal that international policymakers and citizens around the world are coming to realize the importance of healthy ecosystems and the dangers associated with environmental degradation and climate change, and the broader links to development issues.

Rightfully, these issues are merging within the international debate, and the concept of “sustainable development” is being pushed to the forefront. Furthermore, the issue of disaster risk is also finding its way more and more into these discussions.

The United Nations Conference on Sustainable Development (Rio+20), held in June 2012, is a good example of this, with disaster risk reduction gaining ground as one of seven priority issues on the agenda. Despite much talk however, governments are yet to agree on substantial political and financial commitments.

Nonetheless, it was encouraging to see leaders of key international funding  agencies such as the World Bank stress the importance of disaster risk management at the Sendai Dialogue event held in Japan last week as part of the 2012 IMF/ World Bank annual meetings. The ensuing report gives examples of the World Bank’s continuing efforts to incorporate disaster risk reduction strategies into its funding projects.

The current political space provides many opportunities nonetheless. Several key international frameworks and agreements are due to conclude in the next few years, such as the Millenium Development Goals (2015) and the Hyogo Framework for Action 2005-2015, the main international document in the area of disaster risk reduction. Furthermore, international negotiations are to take place in the wake of Rio+20 to discuss new “Sustainable Development Goals” as well as to negotiate a new climate agreement as part of commitments made at the Durban Platform in 2012.

The debates over the post-2015 international development agenda offer a chance for comprehensive disaster risk reduction strategies to be incorporated into sustainable development goals. The WRR and the WRI enable policymakers to identify the global hotspots and countries most at risk in order to best target support and funding.

As the WRR 2012 concludes, “in the following three years, it will be crucial to demonstrate the will professed again and again to overcome a sector-related ‘silo mentality’ and systematically interlink the various negotiation and discussion processes. The aim has to be to really turn disaster risk reduction into an integral element of the new development agenda.”

A world at risk by Stephanie Dietrich is licensed under a Creative Commons Attribution-NoDerivs 3.0 Unported License.
Based on a work at http://ourworld.unu.edu/en/a-world-at-risk/.

Stephanie Dietrich was a writer and editor for the United Nations University in 2012. She studied International Relations at both the graduate and undergraduate levels at the Australian National University. She is interested in human rights and development issues as well as Latin American politics. Stephanie previously spent six months working with orphaned children in Mexico.