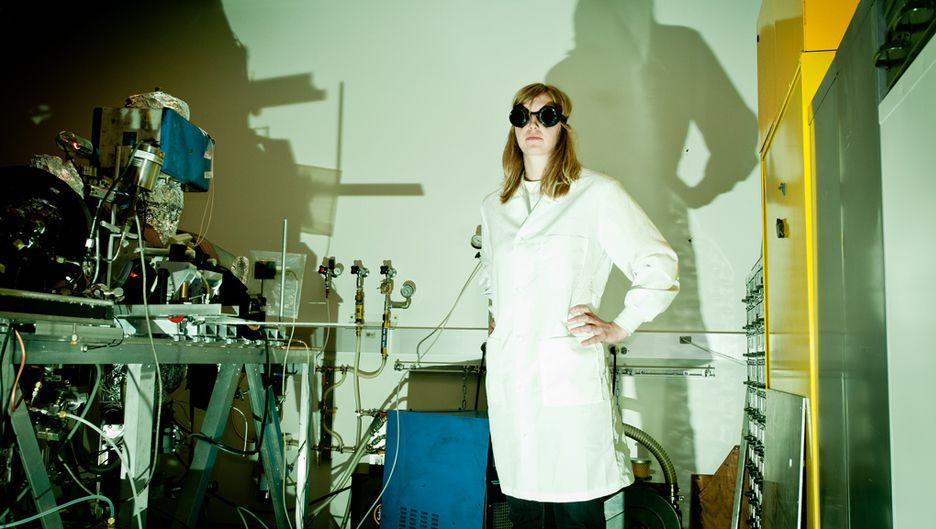 Each year on October 13, the science, technology, engineering, and mathematics (STEM) community celebrates Ada Lovelace Day to recognize the achievements of women in the field — and to encourage girls to pursue science and technology careers.

Lovelace, the world’s first computer programmer, didn’t even have a computer to work with.

Ada Lovelace was born in 1815, more than a century before the launch of the world’s first electronic general purpose computers. She worked closely with lifelong friend Charles Babbage on the plan for his mechanical Analytical Engine, a machine that would input data using punched cards. 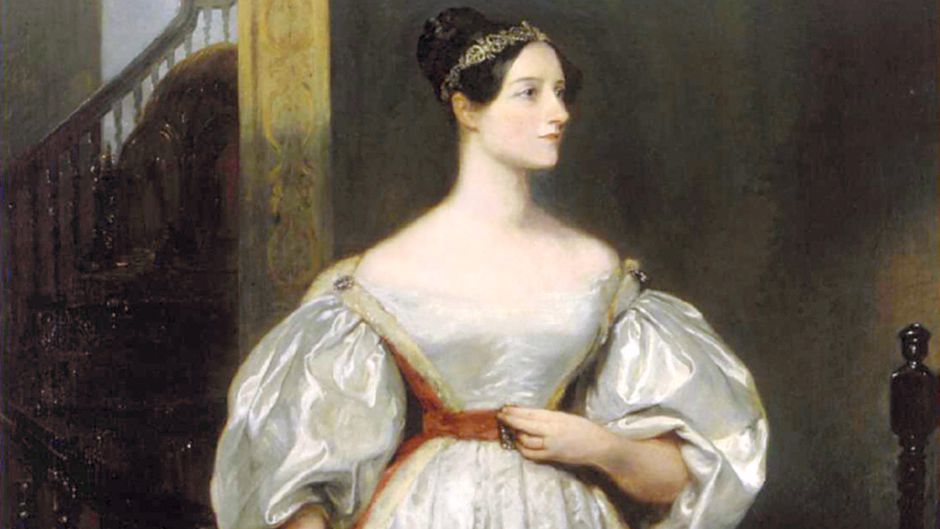 Lovelace developed extensive notes on the engine and created the first algorithm that would allow the machine to make calculations.

Although she was the daughter of romantic poet Lord Byron, Lovelace is better known for making a huge scientific breakthrough at a time when women were discouraged from intellectual pursuits.

A stereoscopic image of the Brooklyn Bridge’s construction. Public domain.

Emily Roebling was responsible for the construction of New York City’s iconic Brooklyn Bridge. Born in 1843, she studied math and science in her early years, which was unusual for women at the time.

During the 1860s, her father-in-law, John A. Roebling, was busy designing the Brooklyn Bridge. However, he died from tetanus shortly after construction commenced in 1870.

Emily’s husband, Washington Roebling, took over from his father. However, he was soon bedridden with decompression sickness from working underwater.

For the next fourteen years, Emily took on the chief engineer’s duties. She dealt with politicians, managed tradesmen, and was forced to learn the principles of civil engineering from her husband each night, while actively managing the project each day.

The bridge was finally opened in 1883. At the opening ceremony, the bridge was described as “an everlasting monument to the self-sacrificing devotion of a woman and of her capacity for that higher education from which she has been too long disbarred”.

I find Emily Roebling inspiring because she rose to a challenge when thrown in at the deep end. She showed the courage to lead a substantial engineering project, when the expectation was that she would fail.

Lise Meitner was the third child of a Viennese Jewish family. Women were not allowed to attend public higher education institutions, so Meitner received a private education in physics.

She was admitted to the University of Vienna in 1901 and obtained her doctoral degree in radioactivity in early 1906. In July that year, her first of 150 publications — dealing with the absorption of alpha and beta rays — appeared.

In 1907 Meitner went to study with Max Planck in Berlin, where she began a long-time collaboration with Otto Hahn in the new field of nuclear physics. Emil Fischer, the chair of chemistry at the university, only allowed women in the laboratories if they were cleaners, and only consented that Meitner might work in the basement—as long as she never set foot in the institute. 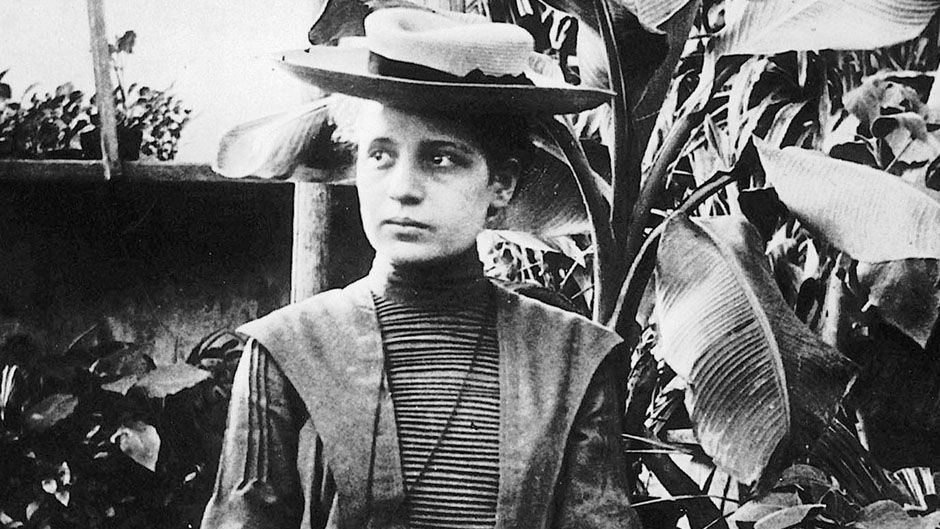 In 1938, under increasingly difficult conditions in Nazi Germany, she went into exile. Moving to Stockholm, she continued her work at the Nobel Institute under appalling conditions. Meitner’s work on “nuclear fission” was published in February 1939 (with Otto Frisch), but shortly before this, Hahn and his assistant Fritz Strassmann published the first theoretical explanation of nuclear fission, without mentioning Meitner’s name. It is possible that they acted under pressure when this happened.

In 1945, Otto Hahn was awarded the Nobel Prize in Chemistry for the discovery of nuclear fission. Despite their close collaboration for 30 years and her crucial contribution to this work, Lise Meitner did not even receive a mention.

The Nobel omission, although never acknowledged, was partly rectified in 1966, when Hahn, Meitner, and Strassmann were awarded the American Enrico Fermi Award, as the first non-Americans. In 1997, the element 109 was named Meitnerium in her honour.

I find Lise Meitner inspiring because she was continuously following her passion for physics, despite facing difficulties such as the prejudices against women in science, as well as being forced to flee Nazi Germany. She never folded or gave up. Her persistence and dedication to science under any circumstances is a true inspiration.

I am inspired by Sophie Germain, a French mathematician and physicist, and the first woman to win the Grand Prix of the French Academy of Sciences. She overcame prejudices to follow her great love of mathematics, applying it in the important area of vibration and the elasticity of metals.

Germain’s parents disapproved of their daughter’s passion for mathematics. At night they would attempt to stop her studying by refusing to provide her with warm clothes and a fire for her bedroom. So after they left, Germain would wrap herself in blankets and do mathematics by candlelight.

In 1794, when Germain was 18, the Ecole Polytechnique was founded in Paris to train mathematicians and scientists. Women were prohibited from enrolling, but Germain secretly obtained notes from the courses.

Mathematician Carl Gauss, wrote of her: “When a person of her sex, which according to our customs and prejudice, must encounter infinitely more difficulties than men to familiarize herself with these thorny researches, succeeds nevertheless in surmounting these obstacles and penetrating the most obscure of them, then without doubt, she must have the noblest courage, quite extraordinary talents, and a superior genius.”

Germain’s work provided a foundation that was crucial to modern engineering. In particular, her insights into the patterns produced by vibration have been fundamental to the applied mathematics that we now use in the construction of skyscrapers. She has inspired me to follow my own passion for mathematics, often being the only woman on the team. I also apply her theories in a number of areas of engineering including the design of the access to underground mines.

Denice Denton was inspirational, indefatigable, and incredible. She was the first female dean of a major US research institution, the University of Washington. She was also the youngest dean, at age 37, at the university. And she was in fact my dean.

An electrical engineer, Denice Denton was highly regarded in her field and won numerous awards, including the Maria Mitchell Women in Science Award and the George Westinghouse Award for from the American Society for Engineering Education.

I was so privileged to serve on the faculty under her leadership. I remember my meetings with her, taking copious notes to capture each word she said, because each one was so important. I still reflect on these notes a decade later.

Denice Denton led the first cohort in the US for the National Science Foundation ADVANCE program, whose goal is to increase the representation and advancement of women in academic science and engineering careers. When she was hired in 1996, she was acclaimed as a “new kind of dean”.

She said: “One can make the argument that if you want to do things differently and you want to prepare for the next century, hiring a traditional individual from a traditional background may not get you where you want to go. Over the next five years, all colleges of engineering will need to be more interdisciplinary in nature, more diverse with respect to student, staff, and faculty populations and more agile in responding to opportunities.” 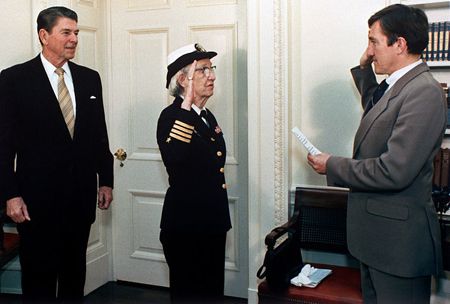 Secretary of the Navy, John Lehman, right, promotes Capt. Grace Hopper to the rank of commodore in a ceremony at the White House. President Ronald Reagan is at the left. Photo: Pete Souza, Official White House Photographer. Public domain.

Rear Admiral Dr Grace Murray Hopper was a significant figure in the history of computing. Her work revolutionized how we program today.

From early childhood, Hopper had a strong interest in how things worked, gaining a reputation for dismantling her family’s alarm clocks.

Her talent for mathematics led her to pursue research at Yale, where she gained her PhD in 1934. She also had a distinguished naval career during World War II, where she was one of the first programmers of the Navy’s IBM Mark I computer.

She famously coined the term “debugging the machine” after a moth found its way into her computer.

Hopper strongly believed that programs should be written in a language that was close to English, an idea that was rejected by the computing establishment at the time. Yet she and her staff proved them wrong, successfully making the UNIVAC computer “understand” 20 statements in English. Hopper’s work led to the development of the English-based programming language COBOL (Common Business Oriented Language).

Grace Hopper helped to move us from giving computers instructions via cryptic machine code to a human readable “higher level” programming that is closer to natural language instructions. Her work was vital to the field of computing, allowing us to express the logic of a program without having to translate it into numbers. 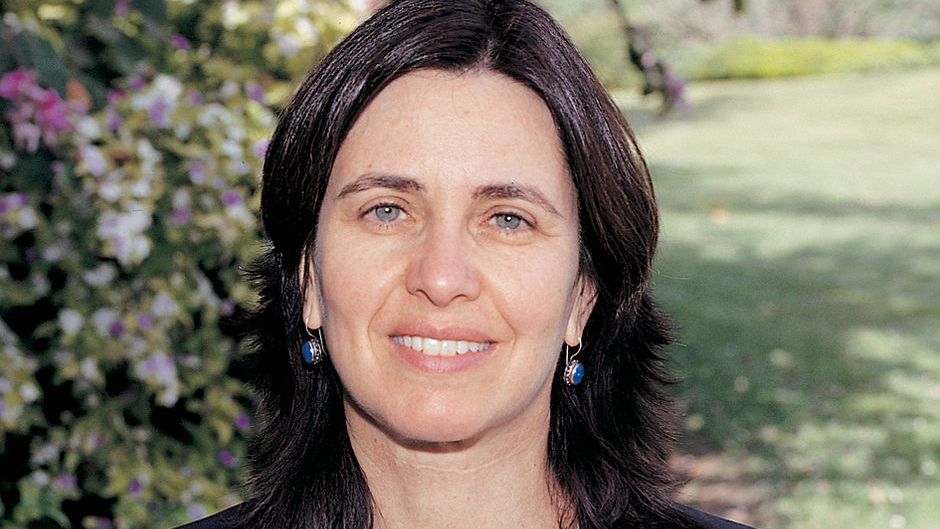 If you’ve banked online, uploaded something confidential to the cloud, or sent a text message you didn’t want everyone to read, this is something you have probably asked yourself.

Modern cryptography is a recent discipline and many leading researchers are women. Shafi Goldwasser is an Israeli-American professor of electrical engineering and computing who, along with Silvio Micali, won the Turing award in 2012 for their cryptography research.

Goldwasser and Micali initiated the rigorous mathematical study of exactly why cryptographic schemes are secure, and what “secure” even means. Their scheme, now known as “Goldwasser-Micali” encryption, was the first to come with a proof of security based on a hard mathematical problem.

They also motivated it with an important application: playing “mental poker,” which is an ingenious way of simulating a random draw from a deck of cards, or a random coin toss, when one person who’s playing isn’t in the room to observe.

Another amazing contribution from Goldwasser and Micali was the introduction of zero knowledge proofs, which use cryptography to prove that something is true, without revealing any further information. These proofs are used today, for example in sophisticated e-voting systems, to prove facts such as proper formation, decryption and tallying of the votes, without revealing who voted for what.

Source: As told to Greta Harrison and Daryl Holland/University of Melbourne.

Ada Lovelace Day: 6 Women Who Shook Up STEM by Greta Harrison and Daryl Holland is licensed under a Creative Commons Attribution 4.0 International License.
Based on a work at http://www.futurity.org/ada-lovelace-day-stem-1023432/.

Daryl Holland works for the University of Melbourne.

Greta Harrison works for the University of Melbourne.