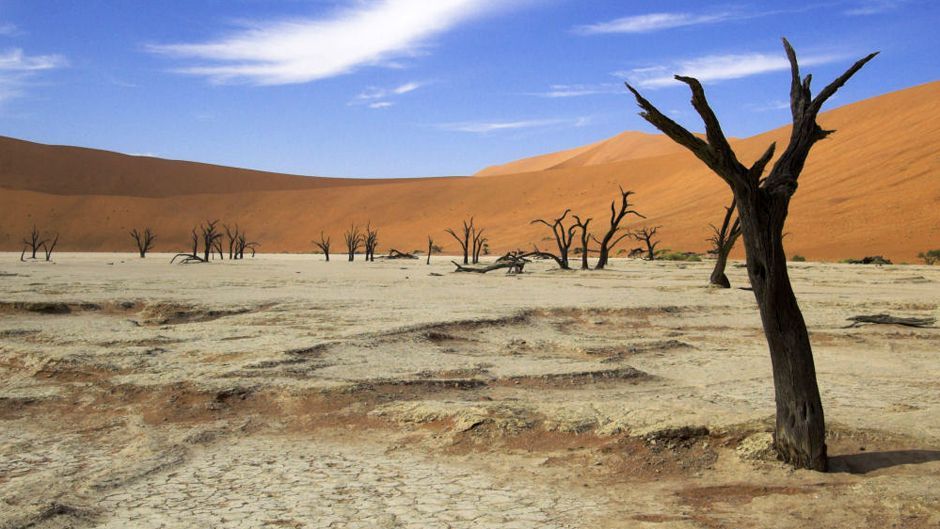 Africa has been dealing with the impacts of climate change since the 1970s. The most recent report of the Intergovernmental Panel on Climate Change (IPCC) described the African continent as the one that will be most affected.

Africa is set to experience:

The projected impacts for human security include:

These facts and figures underline the direct ramifications climate change is set to have on the social fabric of Africa.

Many African leaders expressed their concerns about the impact of climate change at the Fourth Tokyo International Conference on African Development (TICAD IV) held in Yokohama on 28-30 May 2008. We had the opportunity to speak with them directly and here is what they had to say (see video).

In Africa, climate change will bring about an increased incidence of extreme weather events (droughts, floods, mudslides, etc.), as well as a rise in infectious diseases. At the same time, many Africans argue that the continent is the least responsible for GHG emissions, the least prepared for the changes, will require the most efforts to adapt and is already burdened with human security challenges related to poverty and conflict.

Drought is a key factor behind the declining productivity of Africa. There is a strong correlation between rainfall and GDP, and between land degradation and the incidence of poverty. Many scientists believe that climate change is going to make this situation even worse. Adaptation and mitigation are going to be central to the future development of the continent.

Biotechnology is one solution proposed by African scientists. With careful use it can provide crops that give higher yields in dry and barren land and be a major contributor to food security. However, although there are an increasing number of examples of biotech crops in Africa, compared to Latin America and Asia the use of biotechnology is extremely low and South Africa is the only country in Africa to commercialize biotech crops so far.

One interesting example is NERICA rice, a recent initiative by the Bill and Melinda Gates Foundation to support the development of drought-resistant maize through the Kenya-based African Agricultural Technology Foundation. Research and application in climate related biotechnology in Africa represents a unique opportunity. Philanthropic organisations such as the Gates foundation are leading the way. Governments — especially those in the G8 countries — can do much more in this field and Japan, for example, has significant research and applied work on biotechnology agriculture (e.g., the Kihara Institute at Yokohama City University, and at Tsukuba University).

Clearly, food security is a priority issue for Africa, so instead of merely sending rice and other band-aid approaches, why not come up with a framework to invest in and transfer some of the interesting research in biotech to Africa to get a “climate-proofing green revolution” of sorts going there.

As Africa becomes an emerging player on the global market — with a population of more than 900 million, natural resources and growing political stability — it wants the rest of the world to take it seriously. Africa wants new partnerships with those that are willing to understand its own innovation systems and give it access to technology that it can adapt to its own local knowledge, values, and visions.

Role of higher education and research

Higher education and research in Africa are key to solving problems caused by climate change. For years the world has talked about primary education for Africa, but Africans are telling a different story. Frankly, they have the capability to provide primary education — it is higher education and research skills that they require to compete on international markets. Instead of Japan investing in building of 1,000 schools, it should invest in children’s laptops that can hold 1,000 books and connect universities with higher-band width, low-cost internet so that new intellectual leadership can grow for Africa and its burgeoning academia can share in the information economy and keep up-to-date on advanced knowledge.

The G8 countries can make a difference by investing in higher education. Interestingly this sentiment is reflected in the G8 Science and Technology Ministers Meeting in Okinawa on 15 June 2008. They spoke there about “brain circulation”, where more researchers from the developing world need to be invited to come to G8 countries, and G8 researchers should go to Africa to make their knowledge relevant to today’s problems.

It is doing Africa a great disservice to argue that the continent needs capacity development, and this makes non-Africans think that what is needed is only basic education, basic input, and not specialized, high-end expertise. In fact Africa needs support in specialized areas, not only in basic ones. By investing in high-end knowledge hubs in Africa, it may be possible to provide opportunities for diaspora Africans to come back and use their expertise and passions for Africa’s benefit.

Looking to the future

Whether the issue is climate change or development at large, the challenge is the same—human capacity is critical. One prequisite for this is good, solid internet connectivity. It not possible to be part of frontier science if you are cut off from the knowledge economy. And for the depth and breadth of challenges that Africa faces with climate change, the country desperately needs frontier/leap-frog science and entrepreneurship.

With debt burdens down, foreign direct investment up and many countries in Africa boasting economic growth rates pushing 6%, there is growing international recognition of the potential for high tech development, science and innovation in Africa. This is supported by the Japanese Government, which announced plans for 4 billion dollars in soft loans for Africa.

This positive message for Africa should be carried forward by measures introduced in the G8 Hokkaido Toyako Summit on 7-9 July 2008, in Hokkaido, Japan.

Africa and climate change by Claudia ten Have is licensed under a Creative Commons Attribution-NonCommercial 3.0 Unported License.
Based on a work at http://ourworld.unu.edu/en/africa-and-climate-change/.

Claudia ten Have is an Associate Fellow at United Nations University Institute of Advanced Studies (UNU-IAS) in Yokohama, where she heads the Sustainable Development Governance Programme.

Her research focuses on global environmental and sustainable development governance, with a particular emphasis on climate change. She was a Lead Author for UNEP’s Global Environment Outlook 4 (GEO-4). She is also a writer and editor for the Canada-based International Institute for Sustainable Development’s Earth Negotiations Bulletin (ENB), concentrating on UN system-wide coherence for environmental governance, and African sustainable development.

She holds degrees in journalism, political studies and international relations, and a PhD in Public Administration from International Christian University (Tokyo, Japan).