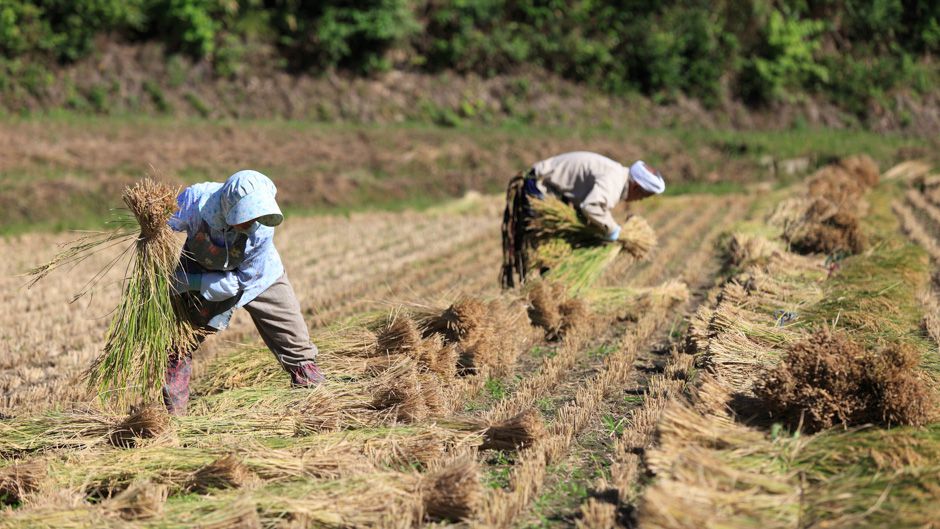 Let’s turn the clock back 4,000 years. Woolly mammoths roam the Arctic tundra, Stonehenge is under construction, and the Sahara is still largely a vegetated savannah landscape. The entirety of humanity consists of just 27 million people — smaller than the population of today’s Tokyo metropolitan area. And at this time, somewhere in the ancient Sumerian city-state of Ur, a scribe is engraving a series of cuneiform tablets with what is now the world’s oldest known example of a legal code.

Penalties spelled out within the Code of Ur-Nammu (2100–2050 BC) cover a range of potential offences including severe crimes such as murder, robbery and adultery. A somewhat surprising inclusion on the list, however, is a penalty imposed when a person has rented out “an arable field to a(nother) man for cultivation, but he did not cultivate it, turning it into wasteland”.

It is an exciting and informative peek into ancient Mesopotamia, the “cradle of civilization” between the Tigris and Euphrates Rivers. Although the vocabulary differs from modern sustainable use literature, the inclusion of what is arguably an environmental law within this ancient code seems to be evidence that ancient Sumerians not only shared a practical understanding of the value of the ecosystem services provided by arable land, but also perceived that human interaction with nature was in fact a critical component for maintaining a productive landscape.

Fast-forward 4,000 years. The Earth now has over seven billion inhabitants, and technological advances have brought unprecedented development. But even as we enter the so-called “Century of the City” with hundreds of millions of people leaving rural landscapes for urban areas, and even as burgeoning environmental problems take on seemingly insurmountable dimensions, there is a steadily growing amount of attention being paid to humanity’s agricultural heritage as a source of knowledge that can help reverse the negative trends of today.

Indeed, humanity’s collective agricultural heritage has sustained us for thousands of years, but is now increasingly threatened by accelerating global trends. In the past 50 years, for example, there has been a threefold increase in global food production, but this increase in production came at the price of severe damage to the world’s resource base. Areas dependent on irrigation are seeing rapidly falling water tables, and there has been unprecedented global rural-urban migration and a corresponding abandonment of landscapes that had been shaped over generations of harmonious human-nature interactions.

From 19–20 February 2013, such thoughts were a key focus of participants during the Second International Seminar on Globally Important Agricultural Heritage Systems (GIAHS). According to Dr. Parviz Koohafkan, Global GIAHS Coordinator and the keynote speaker during the seminar, food production is inextricably linked with local culture and traditions, and it is uncommon to find one without the other. Currently, there are 19 designated GIAHS sites around the world based on a set of five key criteria and characterized by rich biodiversity, local knowledge, cultural diversity and landscape diversity.

Even more significantly, the entire second day of the seminar was dedicated to young local stakeholders, the stewards of these landscapes and a critical demographic in Japan, where the trends of ageing and shrinking populations are particularly severe in rural areas. The Satoyama-Satoumi Meister Programs initiated by Kanazawa University, however, have provided an enabling environment for young people to learn about satoyama and satoumi — the traditional landscapes of Japan —  and, in many cases, to transition from careers in Japan’s urban centers to lives based on sustainable use of natural resources in rural Japan.

The six speakers during the young stakeholder’s dialogue were all either currently enrolled or recent graduates of Kanazawa University’s Meister programs and already had a wealth of experience to share in fields ranging from traditional charcoal production to organic rice cultivation and the culinary/cooking business. In contrast to highly conceptual presentations at many international forums, these speakers introduced concrete experiences, tangible challenges and real successes — as one young rice farmer put it, “despite many challenges, I have lived happily with my family”.

For thousands of years, the depth of humanity’s experience with agriculture has been expanding. While climate change may bring a series of increasingly unpredictable events to the world’s systems, it is likely that somewhere in the world there are other communities that have faced similar challenges at some point in the past. It is crucial to make such knowledge and experience widely available, and to give it the recognition it deserves.

As Dr. Koohafkan mentioned on 19 February 2013, in optimal conditions, GIAHS designation is beneficial at multiple levels. At the global level, there is recognition for a site; at the national level, it is a catalyst for governments to promote enabling environments for rural communities; at a local level, it empowers communities to take pride in their livelihoods and the landscapes they inhabit.

Indeed, few things in our daily lives seem to connect us so solidly to the entirety of human history as our relationship with agriculture. This relationship spans continents, generations, entire civilizations, and the associated lessons learned are correspondingly vast and valuable. Despite the considerable challenges faced by Japan’s rural areas, including depopulation and an ageing population, the intensity of commitment among these young people to make their livelihoods from sustainably managing satoyama and satoumi in Noto and Sado means that the traditions of former generations may continue to sustain these areas. The international recognition brought by GIAHS designation and key stakeholders including Kanazawa University are other key elements in this equation of a revitalization and sustainability.

Why it all matters – Dark days in Ur

To emphasize the importance of learning from our past, let us once again return for a moment to the ancient Sumerian city state of Ur. Despite the prescient focus on arable fields in the Code of Ur-Nammu, it was precisely the crops grown in these fields that fed and eventually failed this ancient civilization.

Cultivation in this arid region was made possible by a sophisticated irrigation system fed by water from the Euphrates River. These life-giving waters, however, also contained salt, and each season the salinity of the fields of Ur increased. Over time, crop varieties that had sustained the population began to fail, and the farmers were forced to shift to other crop varieties with a higher level of salt tolerance. But with time, even these crops failed, and the entire civilization had to move away from its historical landscapes, leaving behind a desert landscape.

Such stories are also an element of humanity’s agricultural heritage and underscore the absolute dependence of civilization on the Earth’s landscapes. Looking ahead, the energy, enthusiasm and commitment of individuals — just like those in the satoyama and satoumi of Noto and Sado — to sustainably use the natural resources around them is an inspiration and cause for hope in uncertain times.

For a full report on the Second GIAHS International Seminar, read more here.

Agricultural Heritage Across the Millennia by Robert Blasiak is licensed under a Creative Commons Attribution-NonCommercial-ShareAlike 3.0 Unported License.