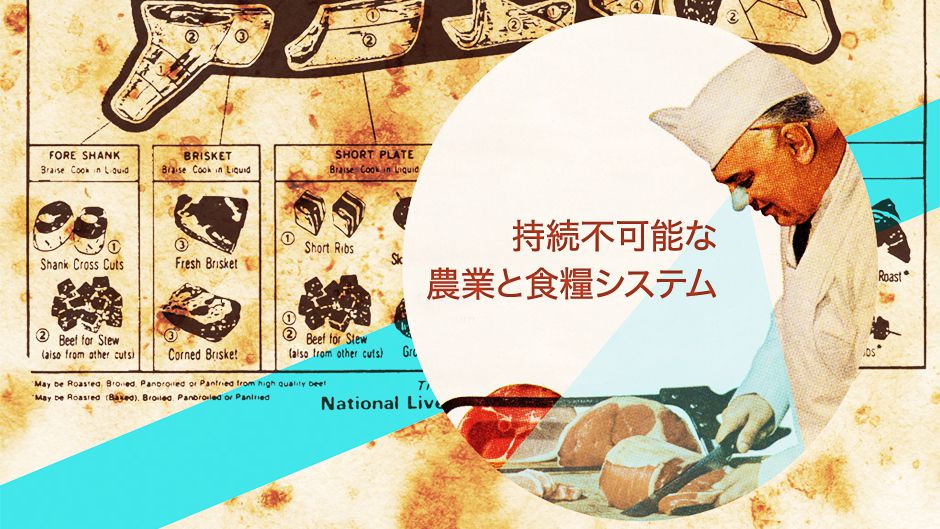 A landmark scientific assessment commissioned by the United Nations Environment Programme (UNEP) has confirmed that agriculture is having a monumental impact on earth’s finite resources.

According to the study, 38% of the world’s total land area was used for agriculture in 2007 and agriculture is responsible for over 70% of global freshwater consumption.

“The fact that the impacts of agricultural products came out so strongly in our report was quite surprising,” says Professor Edgar G. Hertwich.

The Norwegian University of Science and Technology professor  is lead author of Assessing the Environmental Impacts of Consumption and Production: Priority Products and Materials, released in June 2010.

The report was produced by the International Panel on Sustainable Resource Management, a body set up to provide independent and scientifically driven advice to the UN.

The report’s purpose was to answer questions related to “how different economic activities currently influence the use of natural resources and the generation of pollution”.

(The report’s scope does not include providing recommendations to policy-makers about how to address these problems, although future work by the panel may do this).

The report considers environmental impacts from three perspectives: production, consumption and material usage. However, rather than start from scratch, the panel’s assessment distils key data from a broad collection of over 250 leading country, regional and global studies, such as the Millennium Ecosystem Assessment.

The study’s two basic findings emphasise what we know from present scientific research. One is that our fossil fuel driven industries, including housing and mobility (transport), are “causing the depletion of fossil energy resources, climate change, and a wide range of emissions-related impacts”.

The other is that agriculture and food consumption are “one of the most important drivers of environmental pressures, especially habitat change, climate change, fish depletion, water use and toxic emissions”. For example, in the United States — the world’s third largest agricultural producer — agrochemicals are responsible for the vast majority of the eco-toxicity of freshwater sources, with cotton alone accounting for 40% of the damage.

Most alarming however, is the inefficiency of our food production system, encouraged by diet preferences in developed countries especially, but increasingly worldwide. Even in comparison to industrial activities, which are heavily criticised for their impacts on the atmosphere and biosphere, “agricultural processes have an inherently low efficiency of resource use, which renders food, fibres and fuels from agriculture among the more polluting resources”.

At the crux of our inefficient use of land, water and soil is the fact that, currently, over 50% of the world’s crops are used to feed animals and not people. This problem will certainly be exacerbated in the future given that, increasingly, consumption of animal products correlates strongly with both population growth and economic growth. Further compounding this pressure on food production is the increasing demand for energy that is encouraging more bio-fuel production from edible crops like corn and sugar. These forces are converging in a world where more than 1 billion people are undernourished.

Hertwich points out that a transformation in government policy is necessary here to reduce meat consumption, but is circumspect about how this can be achieved.

“A shift of thinking is required, but a whole raft of social and cultural factors need to be taken into account — you can’t have uniform recommendations here,” he says.

Evidently, meat and dairy products are an important part of people’s diets and cultures all over the world: from the barbecue grills of Brazil and the US, to the subsistence livestock herders of Kenya and Nepal. Yet people eating from an industrial food chain (e.g., from supermarkets and fast food outlets) are probably not eating wholesome meat from the grass-fed open range livestock depicted in food marketing campaigns.

Instead, meat is increasingly coming from Concentrated Animal Feedlot Operations (CAFOs) where the consequences reach far beyond the contribution to global warming coming from the methane emissions and the destruction of rainforests to grow feed. The biologically inappropriate consumption of corn and soy by livestock (whose digestive/nutritional systems are not designed to eat those particular plants) requires tonnes of anti-biotics to insure against food-safety shocks from cattle infections and illnesses. This in turn has downstream impacts — from our rivers and bloodstreams, to say nothing about concerns about worker’s and animal rights.

Hertwich feels that sensible and manageable change is possible.

“People don’t have to become vegans, but we have to be worried at the thought that Asia will consume meat like Europe and North America currently do.”

“Ultimately, I just don’t think the world has the land to keep feeding our desire for meat,” he admits.

In determining its findings, the report team uses the DPSIR (Driving force – Pressure – State – Impact – Response) framework  to take into account all aspects of environmental impacts. DPSIR measures ‘embedded’ environmental impacts, including “manufacture, use and end-of-life” impacts. This life-cycle analysis of the impacts of electric cars, for example, offers a more accurate indication of how much damage is being done to our environment.

Hertwich believes that users of scientific information like the UN can rethink the way they deal with measuring greenhouse gas emissions.

“Presently, the way the climate change problem is being carried forward through the Kyoto Protocol will inevitably lead to different carbon prices around the world.”

“Unless we move towards taking life-cycle analysis or consumption approaches in order to better measure environmental impacts, we will simply see energy intensive industries move to developing countries,” he says.

Life-cycle analysis is increasingly relevant, given that, as the report identifies, the volume of internationally-traded goods is expanding. The breaking down of barriers to trade has led to a “translocation of environmental impacts to countries where production takes place”, rather than in countries where those products are ultimately consumed — e.g., greenhouse gas emissions are embodied in exports from developing countries to developed countries.

One of the report’s fundamental aims is to “contribute to a better understanding of how to decouple economic growth from environmental degradation”.

In fact, the authors identify that a doubling of income results in an increase in CO2 emissions of 81%.

This debate is now becoming more mainstream but who would the lead-author turn to for a different approach?

“The work that comes out of organisations like the New Economics Foundation and the UK Energy Research Centre is impressive. Tim Jackson and Steve Sorrell have put together a stream of quality research.”

In line with this thinking, Hertwich emphasised that success has to be measured by more than just economic indicators alone.

“What makes us happy is not only absolute levels of wealth but finding a social space to spend time with loved ones, such as children for example,” he told Our World 2.0.

We may sometimes forget that economic growth is a means to an end, and should not be an end in itself. It is therefore refreshing to see a human face behind such a scientific assessment, as these can often be dry and distant from people’s realities.

We asked Hertwich if there any suitable country models to look at.

“I guess you could say that some people are looking towards the Scandinavian countries where policies like shared resource management and parental leave have been very successful.”

However, even in idealised Norway, consumption trends for meat and fossil fuel use are not always moving in the right direction.

(Incidentally, not withstanding human rights abuses against dissenters, at present the only country in the world that reaches the criteria for sustainable development according to the Global Footprint Network is Cuba.)

So, where do we start?

With so many areas for change recommended in this report and in environmental policy discussions generally, where can policy makers and citizens start to make a change?

This conundrum is duly acknowledged by UN Under-Secretary General and Executive Director UNEP Achim Steiner in the preface of the report:

“Decision makers could be forgiven for not knowing where to begin.”

According to Hertwich, “policy-makers should focus on priority areas — reducing environmental impacts with respect to food production, housing and mobility”.

While this report is directed at policy makers, in reality, we are all decision-makers as 60% (and up to 70% in developed countries) of the life cycle impacts of final consumption lay within the household sector.

Without doubt, changing what we consume within our own houses, and kitchens in particular, is a good place to start.

Full details of the report can be downloaded here.