And the Oscar Goes to…The Environment! 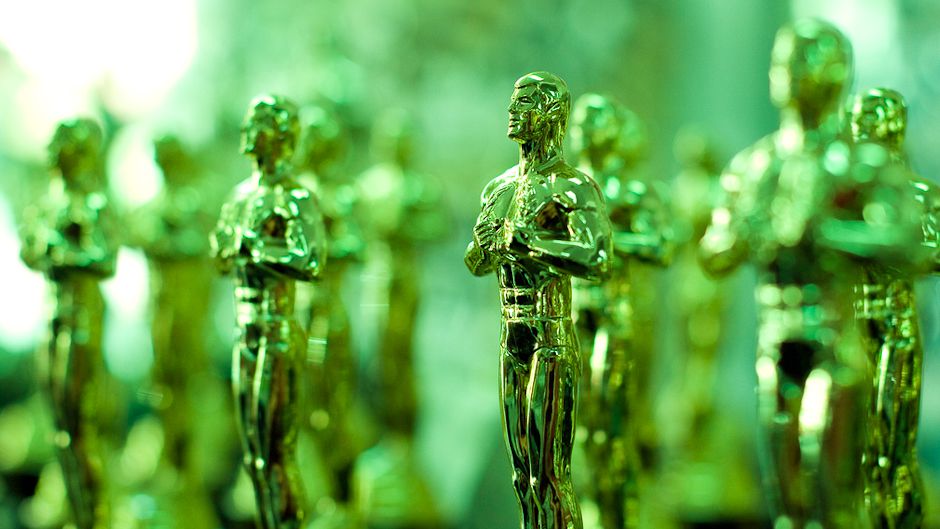 Even though neither of the films Gasland or Waste Land won the 2010 Oscar for Best Feature Documentary, their Academy Awards nominations form part of an evolving success story for environmental documentaries that has been unfolding these past five years.

In their own unique way, both films peer into the lives of two very different communities suffering from two very different environmental injustices. Gasland chronicles filmmaker Josh Fox’s journey across the United States to investigate a controversial natural gas extraction process known as fracking. Fox shines a light on the dirty politics behind fracking and acquaints viewers with people across the US suffering from its environmental and health consequences.

Similarly, Waste Land opens a window into the lives of the ‘catadores’, or waste-pickers, of the world’s largest garbage dump. New York-based artist Vik Muniz travels to his native Rio de Janeiro in Brazil and works with the locals as they “re-imagine” their lives through garbage-based art. The film certainly captured the attention of viewers at the 2010 Sundance Film Festival where it won the Audience Award for World Cinema Documentary.

From nature to human nature

Trends in the movie industry, broadly and amongst documentary filmmakers, represent the dominant political narratives at a given time in history. Many of the most well-recognised and awarded documentaries of the 2000s were spent dissecting September 11 and the wars in Iraq and Afghanistan. In the same way, we have seen an upswing in environmental filmmaking as more unpredictable weather patterns and natural disasters, such as Hurricane Katrina, have impacted on people’s lives.

In 2006, former United States Vice President Al Gore’s documentary An Inconvenient Truth catapulted the issue of climate change into the mainstream. But before it picked up its Academy Award, environmentally-themed documentary films nominated for Oscars could largely be categorized as “nature” films.

“We have seen an upswing in environmental filmmaking as more unpredictable weather patterns and natural disasters, such as Hurricane Katrina, have impacted on people’s lives.”

March of the Penguins was the darling of 2005. The film follows Emperor Penguins as they endure the elements on their life-risking journey to their breeding ground. The only glimpse of humans in the film comes during the credits, where behind the scene images reveal the crew bearing sub-zero temperatures with their camera equipment. Another nature film a few years earlier, Winged Migration, gave audiences the experience of flying side-by-side the migration routes of birds across seven continents.

However, since 2006, environmental films like Gasland, Waste Land and others nominated in both the Feature Documentary and Short Subject Documentary categories, have tended to illustrate the delicate and complex relationships between humans and their environment, rather than simply observe nature.

Most notable has been the Oscar victory, in 2009, of The Cove; a film that uncovered for the world the controversial slaughter of dolphins in a small Japanese coastal town. The Cove edged out the equally compelling Food, Inc. that deconstructed the ingredients of today’s industrial food system and attempted to convince people to re-think the way they eat.

The 2010 Academy Awards have proven to be the most successful for environmental filmmaking this century. Four of the 10 films nominated in both categories openly pushed an environmental message. No wonder that the UN Secretary-General Ban Ki-moon is taking seriously the power of Hollywood and film more broadly to build awareness on pressing global issues. And even though the winning film in the Feature Documentary category, Inside Job, was about the other dominant issue of recent years, the global financial crisis, it began by explaining how Iceland’s environment, not to mention its economy, were sacrificed in the pursuit of greed.

In addition to the nominations of Gasland and Waste Land in the Feature Documentary category, a story about the world’s first climate change refugees, Sun Come Up, was nominated for Best Short Subject Documentary. The film tracks the relocation of Carteret Islanders, to another island in Papua New Guinea — a story, coincidentally, that Our World 2.0 filmmakers captured back in 2009.

“Well developed environmental documentaries are proof that good scientific research can have an impact beyond academia.”

Also nominated in this category was a US-Chinese collaboration, entitled The Warriors of Qiugang: A Chinese Village Fights Back. This film covers new ground with an emotional and close-up look at the struggle of Chinese villagers who fight against powerful companies that are contaminating local rivers and making people sick. Reflecting an era where more content is being shared online, the producers have made this film available for free through Yale University’s Environment 360 web magazine.

A documentary film that receives an Academy Award nomination will often receive what is known as an “Oscar bump”. This leads to not only an increase in box office sales, but also a long-term increase in overall sales of DVDs and downloads. But beyond the dollars, receiving an Oscar nomination for a documentary film hopefully means that a film’s key message is taken home by a larger audience.

So, what kind of impact have these more recent call-to-action documentary films had as a result of their Oscar nominations?

An Inconvenient Truth is largely considered to be the film that raised the discussion on the human impact on climate change. As the sixth highest-grossing documentary of all time (recently beaten by Justin Beiber’s documentary), it saw a 103% jump in DVD sales after its Oscar win.

An online survey conducted by Oxford University and the Nielsen company in 2007  found that awareness of climate change and the environment was at an all-time high during the launch of the documentary. Al Gore’s original PowerPoint presentation, which the film followed closely, would then be presented all over the world by a generation of climate activists.

The Cove is another film that has had tangible successes as a result of the awards it has received. Taiji, the location of the dolphin slaughter that horrified audiences, would later lose its sister city status with a small town in Australia. The local council in Broome, Western Australia, decided to pull the plug on their familial relations as the result of the film. In addition, a Los Angeles based sushi restaurant serving endangered whale meat, and appropriately called The Hump, closed its doors after the film’s release.

“Award winning films like The Cove illustrate that the line between filmmaker and activist is often blurred.”

Unfortunately, while the Oscar nomination created a worldwide public outcry, the yearly practice of capturing the dolphins in Taiji continues. Still, activists based in Japan, consisting of both Japanese and foreign nationals, continue to showcase the film as they work towards stopping the slaughtering.

Award-winning films like The Cove illustrate that the line between filmmaker and activist is often blurred. Sam Bozzo, who directed and produced the documentary Blue Gold: World Water Wars, wrote for us last year about how his role extended beyond making the film. Leveraging the publicity from his film and utilising information provided by water researchers and advocacy organisations, Bozzo developed an online space for people to take more tangible action on the water issue. This approach responds to the passions that film-goers experience immediately after they exit a theatre where they feel a connection to an issue and want to do something about it.

So what impact might the films that were nominated this year hope to have? Will people reduce their CO2 emissions in order to prevent communities like those in Sun Come Up from losing their homeland to sea level rise? Will viewers who watch Gasland succeed in rallying their representatives to sign the Frac Act? Will The Warriors of Qiugang inspire other local communities in China and beyond to fight against corporate pollution? Or will political and community leaders be inspired enough to assist catadores in the slums of Brazil build an effective recycling system?

We all know that the lens of a video camera has the power to spread awareness about environmental issues to new audience groups and inspire individuals and communities towards real action. At the same time, civil society organisations and research institutions have taken advantage of high-profile documentaries and documentarians to promote their own environmental and social justice causes.

For example, Al Gore, who at the time topped the list of influential people on the issue of climate change according to a Nielsen Poll, was selected as the joint winner of the 2007 Nobel Peace Prize, along with the UN Intergovernmental Panel on Climate Change (IPCC). They were rewarded for their “efforts to build up and disseminate greater knowledge about man-made climate change, and to lay the foundations for the measures that are needed to counteract such change”.

The Prize recognised how a combination of the IPCC research, compiled by hundreds of the world’s leading scientists, and Gore’s more accessible and visually stimulating presentation established the case for climate change. Beyond its cinematographic value and the pulling power of Gore himself, this film’s credibility emanated from its ability to re-package extensive technical data from the world’s top research scientists and institutions.

And the Oscar Goes to…The Environment! by Mark Notaras is licensed under a Creative Commons Attribution-NonCommercial-ShareAlike 3.0 Unported License.