Another Extinction: Words We Use to Describe the Natural World 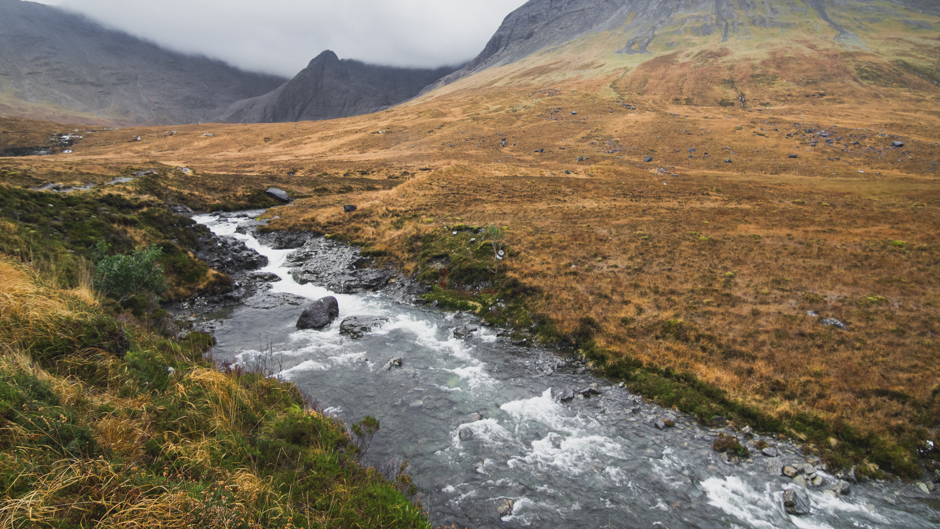 Languages are like species — they evolve, and sometimes evolution leads to extinction. At present we are enduring numerous extinctions, not just of species and subspecies, but extinctions of whole languages and vocabularies. We may be willing to lose, say, the vocabularies of blacksmithing, but many of us are not willing to lose our vocabularies describing nature. Recently, various writers have become alarmed and decided to fight back. Robert Macfarlane’s Landmarks is the latest addition to this literature, though many of his assumptions rest solidly on his precursors.

John R. Stilgoe’s modest 1996 book Shallow Water Dictionary: A Grounding in Estuary English is one. Stilgoe, a Harvard professor of the history of landscape, instructs the reader in the subtle distinctions of creek, brook, rill, and stream; gutter (not the kinds perched at the edge of roofs), bore (not the ones at parties), and guzzle (not what you do with beer). It is a learned and elegant read. As Stilgoe says, it is a “sort of salvage operation of words drifting from dictionary language”. Words, left unused, eventually are forgotten. Even in the short timespan of a single generation, an unremembered vocabulary impacts what we see, what we pay attention to, and what we know.

Throughout Stilgoe’s book, two important ideas emerge: that precise language requires attention and discrimination based on direct experience and that entries in American dictionaries of words describing nature have declined in extent and sophistication. This has resulted, 20 years later, (and I think Stilgoe would agree) in the truncated versions that come with our computers. For example, guzzle (“the low spaces on barrier beaches that sometimes allow spring tides or storm tides to pass over the beach into marshes inland from the sea”) is not in my Mac’s dictionary; and similarly, when I started to read about the austringer (a person who hunts with hawks) in Helen Macdonald’s book H is for Hawk, I discovered that the definition of austringer is not in my Mac’s dictionary either. When we depend on coarser dictionaries, the finer discriminations of nature go unnoticed.

Even in the short timespan of a single generation, an unremembered vocabulary impacts what we see, what we pay attention to, and what we know.

A more recent attempt (2006) to salvage the language of place is Barry Lopez’s Home Ground: Language for an American Landscape, the labor of 45 writers briefly explaining more than 800 descriptive terms, in English and Spanish, of our topography. Nature writers find it a reference work that rewards careful study (yes, guzzle is there), but reading it makes you realise the paucity of your own landscape vocabulary.

Both books underline a sea change, if not a crisis, in the language of nature. In “Panic at the Dictionary”, a January 2015 essay in The New Yorker, Stefan Fatsis described the “lexicographic kerfuffle” over the elimination of nature words in recent editions of the Oxford Junior Dictionary. Here is a partial list: acorn, almond, ash, beech, blackberry, bluebell, buttercup, dandelion, fern, hamster, heron, herring, holly, ivy, kingfisher, lark, lobster, minnow, otter, ox, oyster, pasture, raven, and willow. These words had been replaced by Blackberry, blog, broadband, bullet-point, chat room, and voicemail, among other familiar designations of digital life.

One group of writers howled and demanded a new edition of the dictionary. They cited data showing that children no longer play much outside and live glued to screens. Their critics harrumphed and replied with data showing that many of the words in question were no longer common and that Oxford’s job was to report usage, not prescribe usage. The head of Oxford’s Children’s Dictionaries, Vineeta Gupta, pointed out that the older editions contained “lots of examples of flowers for instance … because many children lived in semi-rural environments and saw seasons”. They believed that demographics had changed, and the dictionary needed to change, too, in order to reflect the experience of modern life. And so the battle was joined.

Macfarlane, a fellow at Cambridge University, was among the writers outraged by Oxford’s deletions. Along with Stilgoe and Lopez, he is a central figure in a nascent tradition to actively retrieve — “rewild”, he would say — our landscape vocabularies. Landmarks begins bluntly and to the point: “This is a book about the power of language — strong style, single words — to shape our sense of place.”

Macfarlane’s introduction provides the philosophical underpinnings of this emerging tradition; the rest of the book describes his forays into nine different topographies of the British Isles to rediscover landscape words that wander the border between descriptive prose and poetry. In each section, he presents examples of the literature of the place followed by extensive glossaries peculiar to them, and, in doing so, he establishes a new canon of nature writing for Great Britain.

Some of the words are exquisite. Here are examples from only the first page of the first glossary, in Gaelic: bugba — a green bow-shaped area of moor grass or moss, formed by the winding of a stream; caochan — a slender moor stream obscured by vegetation such that it is virtually hidden; feadan — a small stream running from a moorland loch; feith — a watercourse running through peat, often dry in summer, the form of which resembles veins or sinews; lon — a small stream with soft, marshy banks. On the same page, stunningly, is this: eit — the practice of placing quartz stones in moorland streams so that they would sparkle in moonlight and thereby attract salmon to them in late summer and autumn. One marvels that people ever had a practice so grounded in the ecology of a particular place, and it is surely the world’s loss that they no longer do so now. This is light-years — psychologically, socially, and culturally — from Facebook, Wikipedia, and Twitter.

Landmarks records hundreds of these words — in Gaelic, Cornish, Welsh, Irish, Shetlandic, Old English, and Doric. Their precise discriminations induce enchantment and wonder, a vivid contrast to much of our current writing about nature, writing that now arrives in the sterile, feeble, generic vocabularies of managerial reports, bureaucratic policy, and academic arguments that have colonised vigorous vernacular description. No one is inspired to wonder by an environmental impact statement.

A vocabulary rich with subtle and variegated distinctions found in the flora, fauna, and even sensual properties of the natural world is essential for our perception of its lavish plenitude and fragile status.

As for the connection between language and successful conservation, Macfarlane quotes Wendell Berry: “…[people] defend what they love, and to defend what we love we need a particularising language, for we love what we particularly know.” And he presents the efforts of the citizens of the Isle of Lewis to reintroduce the half-forgotten language of their Brindled Moor to defeat a proposed wind farm covering the island’s interior. The people had long ago moved to the cities along the coast and no longer worked on the moors. The moors had been forgotten. To defend them with arguments, people first had to relearn the vocabularies of the moors. They organised field trips and collected poems, literature, and paintings.

The embattled plan called for 234 wind turbines on massive concrete foundations connected by 104 miles of roads, electrical substations, and power lines sending the generated power elsewhere to quench the voracious excesses of industrialisation. The advocates of the project described the Brindled Moor in terms familiar to any American conservationist: “a vast dead place”, a wasteland, worthless, a terra nullius, in Macfarlane’s memorable phrase — a “nothing land”. One is reminded of the vast sagebrush ocean of the West and how it was developed virtually unchallenged because few people lived there or knew it intimately. The challenge on Lewis was to change a terra nullius into a beloved place, a place its inhabitants would, in a sense, reinhabit. They won that battle — a conspicuous and optimistic victory for localism. And that’s how the defense of the Earth must proceed: a battle place by place.

A vocabulary rich with subtle and variegated distinctions found in the flora, fauna, and even sensual properties of the natural world is essential for our perception of its lavish plenitude and fragile status. When that is lost, landscapes tend to be lost, too; flora and fauna are diminished and endangered. What was once beautiful is rendered ugly.

Although some may perceive Landmarks’ archaeology of words to be a simple exercise of indulgent nostalgia, others will embrace it as a path to navigate the labyrinth that entwines the modern and the natural worlds, a path back to the wild, a place both intimate and infinitely rich. The book presents a legacy of our ancestors and a gift to future generations.

Jack Turner wrote this article for How to Create a Culture of Good Health, the Winter 2016 issue of YES! Magazine.

Another Extinction: Words We Use to Describe the Natural World by Jack Turner is licensed under a Creative Commons Attribution-NonCommercial-NoDerivatives 4.0 International License. Permissions beyond the scope of this license may be available at yesmagazine.org.

Jack Turner is a writer living in Moose, Wyoming.