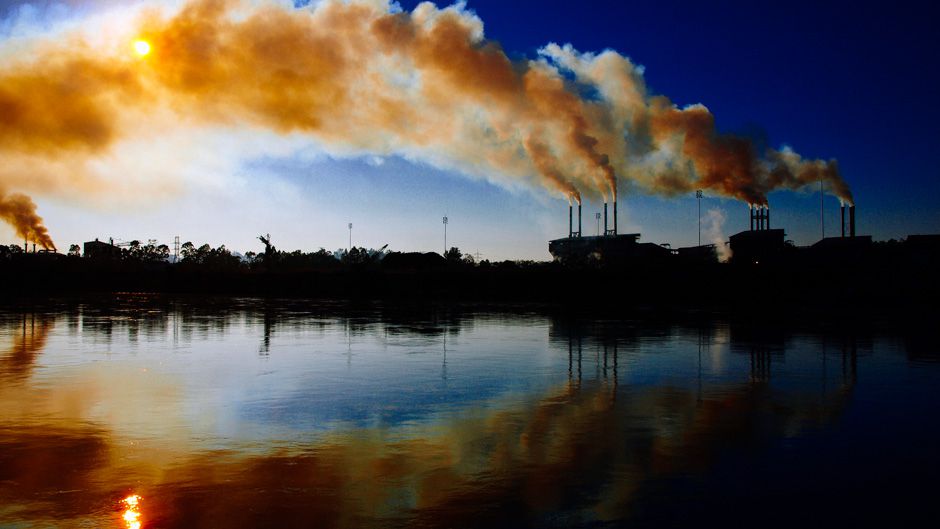 The United Nations Global Compact is the world’s biggest corporate citizenship and sustainability initiative. Through over 130 countries, its 8,700 participants include the companies whose actions it seeks to influence, as well as governments, labour, and civil society organizations.

Organisations and businesses taking part in the initiative are essentially forming a voluntary partnership with the UN, to endorse and integrate ten principles relating to human rights, labour, environmental protection and anti-corruption into daily working practices.

Assessment of compliance is done publicly, with each participating corporation issuing a Communication on Progress (COP) that becomes readily available to investors, consumers civil society and governments.  As adherence is thus subject to public feedback and scrutiny, in theory participating members are compelled to be good corporate citizens in order to safeguard their status, brand, and overall company image.

However, despite the profile of the UN Global Compact, the type of compliance reporting does not appeal to all. Although established as a voluntary process, most (or many) multinational businesses from the United States have not signed up.

According to L. Symone Bird from Alabama State University, this is because there is no strict provision to measure accountability.  To paraphrase Bird’s words, there is a widespread perception that the UN Global Compact represents just another set of international norms without corresponding action; with an emphasis by corporations on public relations and scarce attention to substance. Further, it appears directed towards developed nations rather than developing countries that are still struggling with environmental issues such as the procurement of water and other basic needs such as sanitation, health and education.

Business in (and for) society

In an effort to understand the issues of the UN Global Compact and to establish a meaningful linkage with the current global situation, on November 4 and 5, the United Nations University Institute for Sustainability and Peace (UNU-ISP) hosted the Asia Pacific Academy of Business in Society (APABIS) conference on the theme of Sustainable Decision-Making in a Time of Crisis: Public and Private Perspectives. Attended by approximately 200 leaders from the corporate sector, academia and civil society from all over the globe, the conference appraised the current global crisis and evaluated its impact on the environment, human rights and governance, and showcased leading examples of socially responsible enterprise.

Central to discussions was the theoretical construct of Corporate Social Responsibility (CSR). First elaborated upon by Archie B. Carroll in 1979, CSR conceives of enterprises as community oriented entities that establish a mutually dependent relationship aimed at maximising the benefits for society as well for the company. And by benefits, the intention here was not only economic gain but also ethical, legal, and environmental gains.

An interesting example of compliance with these principles was presented by one of the world’s largest food companies, Unilever (or specifically, its Asia Division). The corporation, in order to increase global awareness among its personnel, has established a partnership with the World Food Program (WFP).

Another example of adherence to socially responsible principles was presented by the Yamanashi Hitachi Construction Machinery Company of Japan. Under the guidance of President Kiyoshi Amemiya, the company was able to develop a complex armoured tractor that neutralises landmines and ploughs the soil at the same time in post-war affected region of countries like Cambodia. The product’s benefit is thus twofold: this machine allows local populations affected by mine camps to curtail critical injuries and deaths, while at the same time it prepares land upon which they can build their own sustainable futures. This saw the company honoured with a Social Business Award, a prize awarded by non-profit Social Innovation Japan and supported by the Ministry of the Environment.

What is truly sustainable?

However, apart from these and many other good examples, how can we be so sure that all the multifaceted business practices of an enterprise that defines itself sustainable are in fact truly sustainable? Despite attempting to nurture a reputation as a company concerned about sustainability, Unilever attracts scrutiny and at times criticism for its considerable purchases of products like palm oil which are linked to biodiversity loss.

In addition, the partnership with the WFP can be interpreted as an attempt to penetrate new emerging markets considering the fact that Unilever donated 23 tonnes of Blue Band margarine to schools in Kenya for use in preparing school meals.

Undeniably, sustainability is a powerful word. It is simple, catchy, easy-to-use and easy to adopt, friendly and positively charged. Closely related to sustainability, the contemporary concept of “sustainable development” was defined in 1987 with the Brundtland Declaration, which described it as being “a development that meets the needs of the present without compromising the ability of future generations to meet their own needs”.

Today, everybody speaks about the need to be sustainable. In fact, organisations and people are so focused on this concept that they are almost convinced of their own sustainability. Several companies have more or less claimed to be following strict environmental policies.

To give an example, European energy company E.ON in its 2009 Performance Report stated that “we fulfil all legal requirements to minimise the environmental impacts of our business, and sometimes even go beyond these requirements”.  Such a statement implies the existence of requirements that mitigate environmental harm and apparently ensure sustainable development. This is apparently not the case however, as the truth is that E.ON still remains a highly polluting company regardless of the standards or legal requirements. In fact, according to research published in June 2010, by Carbon Market Data, as of 2009 E.ON was the second largest CO2 emitting company of the European Union.

Though it must be said that the company has made considerable improvements since 2008, reducing emissions from 108 to 94 Mega tonnes of CO2, it is still far away from being an environmentally-minded enterprise. This example is not intended to single out E.ON but rather to illustrate that environmental policies are increasingly becoming the default marketing strategy of many businesses, especially those able to expend huge budgets on CSR campaigns. Yet, enterprises often lack a holistic vision of what genuine sustainability is. We all need energy to cook our food and power our homes. But can an energy company providing fossil-fuels-based power truly be sustainable?

Clearly every individual and organisation has their own idea of what constitutes sustainability. At the APABIS conference, company leaders claimed that they intend to double the size of their current production outputs, but at the same time maintain the current levels of exploitation of resources and environmental impacts. However, the current use of many resources is already unsustainable and therefore it appears contradictory to the concept of sustainability to make such a claim.

It is widely known that human beings are currently not living within capacities of our planet. We produce, we consume, we pollute and we waste at a rate that will see us demanding much more than can actually be provided by the Earth. The physical and biological limits that humanity is approaching in levels of production and consumption were the focus of the widely renowned book The Limits to Growth by Professor Dennis Meadows and his colleagues back in 1972, as we have discussed numerous times on Our World 2.0.

Since then, history has proven that prosperity does not lead to the establishment of the perfect society, let alone a sustainable society. Many question whether true sustainability can exist for societies pursuing human development. Is humanity struggling for a utopian fight or for concrete objectives? Is humanity by definition unsustainable?

With such huge questions lingering in a time of crisis, it is tempting to despair. But, Mr. Toshio Arima, Board Member of the UN Global Compact and many others at the conference were keen to state that crisis is also a time of opportunity. Crisis, or more accurately crises (given the concurrent financial, environmental and food crises faced by the world), would force us to change our thinking and explore new ways of governing and doing business. The aforementioned innovative practical on-the-ground actions that empower people to become change agents are evidence of at least some positive engagement by the private sector.

In light of government debt and institutional stagnation, business has an opportunity to play a constructive role in the arena of sustainability, according to Dr. Obijiofor Aginam,  Senior Academic Officer at UNU – ISP.

“Every time in history that you see some kind of destabilisation, a problem that transcends nation states, and regions of the world… [in] my understanding, there is always that gap in policymaking, whether domestic or international, that requires the involvement of the private sector.”

Now it is time for the private sector to take the lead and establish comprehensive and strict standards that better define and illustrate exactly what sustainability is.

Business Needs to Tackle the Sustainability Crisis by Andrea Ottina is licensed under a Creative Commons Attribution-NonCommercial-ShareAlike 3.0 Unported License.

Andrea Ottina is an Intern with the United Nations University Institute for Sustainability and Peace (UNU-ISP). Mr Ottina holds a Bachelor of Business Administration and Management from Bocconi University, Milan and a Master of Peace and Conflict Studies from the University of Sydney. His research project ‘Government Response to Political Activism: Conflict between the Public and the State, Genoa 2001’ is currently under examination for the award of the degree Master of Arts by Research at the same institution. Prior to his internship at UNU-ISP, Andrea has worked for a consulting firm in Sydney, the School of Social and Political Sciences at the University of Sydney, and in the marketing sector in Milan. His interests are public policy, security, intelligence, and social mobilisation.

Journey of a Printer Cartridge