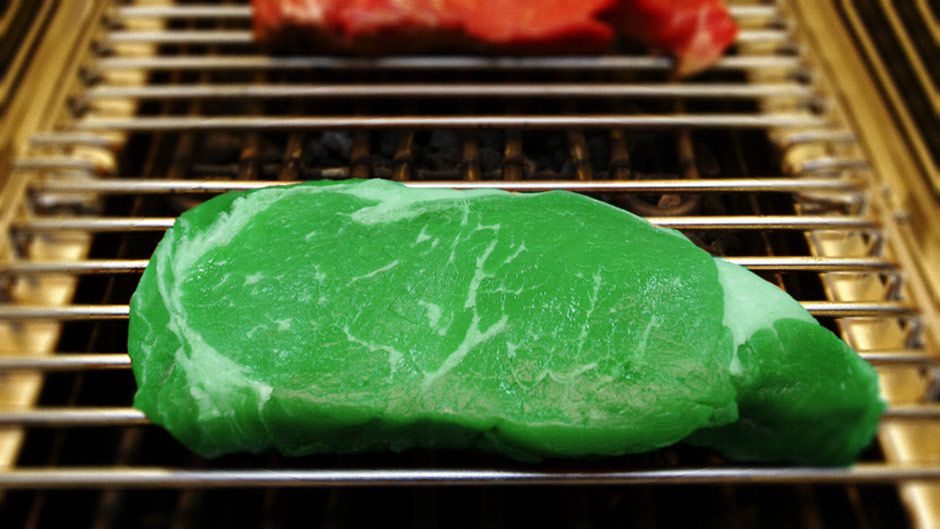 Artificial meat grown in vats may be needed if the 9 billion people expected to be alive in 2050 are to be adequately fed without destroying the earth, some of the world’s leading scientists report today.

But a major academic assessment of future global food supplies — led by John Beddington, the UK government chief scientist — suggests that even with new technologies such as genetic modification and nanotechnology, hundreds of millions of people may still go hungry owing to a combination of climate change, water shortages and increasing food consumption.

In a set of 21 papers published by the Royal Society, the scientists from many disciplines and countries say that little more land is available for food production, but add that the challenge of increasing global food supplies by as much as 70% in the next 40 years is not insurmountable.

Although more than one in seven people do not have enough protein and energy in their diet today, many of the papers are optimistic.

A team of scientists at Rothamsted, the UK’s largest agricultural research centre, suggests that extra carbon dioxide in the air from global warming, along with better fertilisers and chemicals to protect arable crops, could hugely increase yields and reduce water consumption.

“Plant breeders will probably be able to increase yields considerably in the CO2 enriched environments of the future… There is a large gap between achievable yields and those delivered… but if this is closed then there is good prospect that crop production will increase by about 50% or more by 2050 without extra land,” says the paper by Dr. Keith Jaggard et al.

Several studies suggest farmers will be up against environmental limits by 2050, as industry and consumers compete for water. One group of US scientists suggests that feeding the 3 billion extra people could require twice as much water by then. This, says Professor Kenneth Strzepek of the University of Colorado, could mean an 18% reduction in worldwide water availability for food growing by 2050.

“The combined effect of these increasing demands can be dramatic in key hotspots [like] northern Africa, India, China and parts of Europe and the western US,” he says.

[quote quote=”Many low-tech ways are considered to effectively increase yields, such as reducing the 30-40% food waste that occurs both in rich and poor countries.” type=”text” ]

Many low-tech ways are considered to effectively increase yields, such as reducing the 30-40% food waste that occurs both in rich and poor countries. If developing countries had better storage facilities and supermarkets and consumers in rich countries bought only what they needed, there would be far more food available.

But novel ways to increase food production will also be needed, say the scientists. Conventional animal breeding should be able to meet much of the anticipated doubling of demand for dairy and meat products in Asia and sub-Saharan Africa, but this may not be enough.

Instead, says Dr. Philip Thornton, a scientist with the International Livestock Research Institute in Nairobi, two “wild cards” could transform global meat and milk production. “One is artificial meat, which is made in a giant vat, and the other is nanotechnology, which is expected to become more important as a vehicle for delivering medication to livestock.”

Others identify unexpected hindrances to producing more food. One of the gloomiest assessments comes from a team of British and South African economists who say that a vast effort must be made in agricultural research to create a new green revolution, but that seven multinational corporations, led by Monsanto, now dominate the global technology field.

[quote quote=”A vast effort must be made in agricultural research to create a new green revolution, but seven multinational corporations, led by Monsanto, now dominate the global technology field.” type=”text” ]

“These companies are accumulating intellectual property to an extent that the public and international institutions are disadvantaged. This represents a threat to the global commons in agricultural technology on which the green revolution has depended,” says the paper by Professor Jenifer Piesse at King’s College, London.

“It is probably not possible to generate sufficient food output or incomes in much of sub-Saharan Africa to feed the population at all adequately… For least developed countries there are prospects of productivity growth but those with very little capacity will be disadvantaged.”

Other papers suggest a radical rethink of global food production is needed to reduce its dependence on oil. Up to 70% of the energy needed to grow and supply food at present is fossil-fuel based which in turn contributes to climate change.

“The need for action is urgent given the time required for investment in research to deliver new technologies to those that need them and for political and social change to take place,” says the paper by Beddington.

“Major advances can be achieved with the concerted application of current technologies and the importance of investing in research sooner rather than later to enable the food system to cope with challenges in the coming decades,” says the paper led by the population biologist Charles Godfray of Oxford University.

The 21 papers, published Monday in a special open access edition of the philosophical transactions of the royalsociety.org, are part of a UK government Foresight study on the future of the global food industry. The final report will be published later this year in advance of the UN climate talks in Cancun, Mexico.