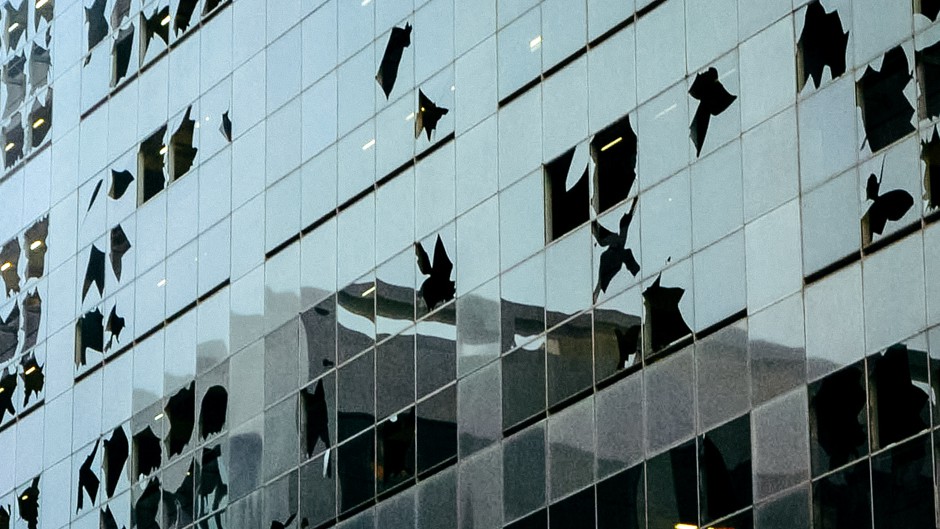 A new venture aimed at building a sophisticated and sweeping assessment of the risks climate change poses to the American economy just announced its Risk Committee lineup Monday.

The Risky Business initiative is co-chaired by its three founders: former New York City mayor Michael Bloomberg, former Treasury Secretary Hank Paulson, and environmentalist billionaire Tom Steyer. The three will sit on the Risk Committee, along with former CEOs, senators, and US secretaries including Robert Rubin, Olympia Snowe, and George Schultz. The group is tasked with reviewing the initiative’s eventual assessment, as well as helping with messaging and sharing the results with the regions, industries, and markets that face the greatest risks from climate change. Bloomberg Philanthropies, the Office of Hank Paulson, and Next Generation — groups associated with the three co-founders — as well as the Skoll Global Threats Fund, are providing staff and support for the project.

The assessment itself has two main goals: One, to provide an independent assessment, drawing on models from the Intergovernmental Panel on Climate Change and the National Climate Assessment, along with independent research, that divides the US into eight regions and presents the climate risks for each as a range of probabilities. That report will be released in 2014, after which the second goal, an effort led by the Risk Committee to raise awareness of the findings, will begin.

When he talked to Bloomberg News about the project this past October, Steyer recalled an August 2012 meeting with a group of major financial players in which he warned them that arguably climate change posed the biggest future risk to the US economy. “It’s like I was saying that what’s going to make a difference in the economy is unicorns,” said Steyer. “I thought to myself: These guys need to be made aware of the risks here.”

Steyer quit his 26-year career as a hedge fund manager that December, and soon after he founded Risky Business with Paulson — a long-time conservationist — and Bloomberg, whose city had just been hit by Hurricane Sandy.

John Reilly, an economics professor at the Massachusetts Institute of Technology, told Bloomberg the regional specificity the assessment aims for could be especially useful. “Everyone is trying to put together a quantification of what this all means, but our tools lack the precision we need,” Reilly said. It’s difficult to predict, for example, just what areas of farmland will be affected by changing rainfall patterns, or exactly how pests and diseases will spread as temperatures rise. “All the modeling we do tends to smooth out the fact that there’s a high probability that we’re going to be surprised.”

Presumably, greater detail on what regions and industries face what risks could help mobilize particular interests and constituencies to force new policy action from Congress. Climate change poses threats to the freshwater supplies needed for Americans’ consumption, for energy generation, and for industrial processes; it threatens marine ecosystems and the fishing industry with ocean acidification and higher ocean temperatures; it threatens American crop production with droughts and altered rainfall; it threatens the country’s coastal cities with rising seas and stronger storms; and it threatens the productivity of the American workforce with higher temperatures and heat waves. The upshot of all this is that government regulations aimed at combating these problems can actually create as much or even more economic growth than they prevent, especially over the long term.

Steyer pointed to the failure to pass the cap-and-trade bill in 2009 as an example of why the information the risk assessment will provide is so badly needed. “The big boys made this about jobs versus the environment, and the environment loses that argument every time,” he said. “We need to get rid of this idea that going the way we are, with the status quo, is a smart economic thing to do.”

As they were forming Risky Business, Steyer and Paulson also both consulted with Lord Nicholas Stern, who authored a ground-breaking 2006 assessment of climate change’s economic risks for the UK government. The Stern report concluded that action now to reduce climate change would cost one percent of the economy, while climate change itself could cost anywhere from five to twenty percent if left unchecked. In fact, Stern later said that, in light of new research, the report’s prediction of two to three degrees Celsius of global warming was too low, and four or five degrees is more likely. The climate change of the latter range would be “devastating” according to the World Bank.

Meanwhile, after several years of decline, US carbon dioxide emissions ticked back up by two percent in 2013.

Tom Steyer is a member of the Board of Directors at the Center for American Progress.