At the UN, Climate Change and Security Must Be Tackled Together 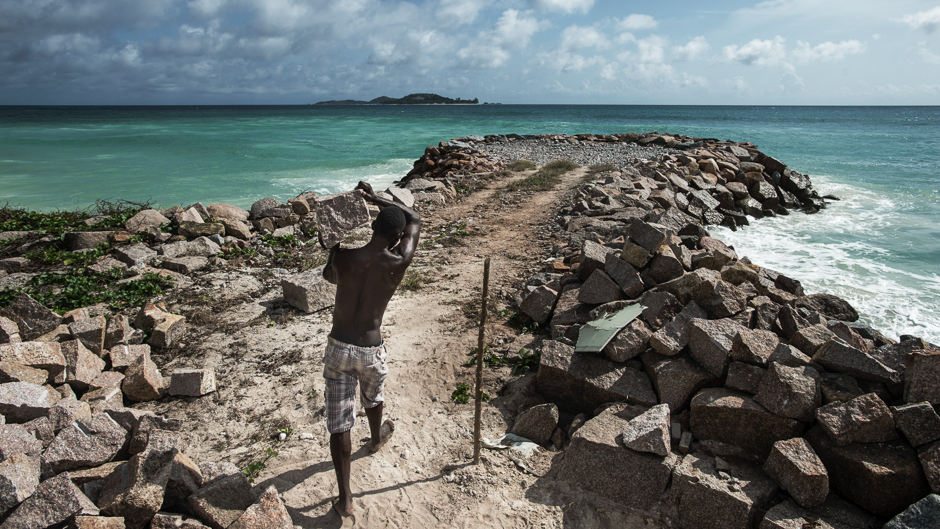 Until recently, the question might have seemed like science fiction, but now it is very real. Ethiopia and Egypt are locked in an upward spiral of tensions over the Nile, as a combination of dams and shifting weather patterns pose existential risks to both countries.

In the Sahel region, climate-driven changes in pastoralist patterns have contributed to a massive spike in conflicts, while oscillations in the size of Lake Chad are influencing recruitment into the terrorist group Boko Haram.

From coral bleaching driving Caribbean fishing communities into organised crime to the drought that preceded the Syria war, a large and growing evidence base points to the fact that climate change is a real factor in today’s and tomorrow’s violent conflicts.

How can the UN — an organisation established to prevent the kind of wars witnessed in the first half of the twentieth century — reshape itself to address the growing security risks posed by climate change?

The UN needs to undergo three related shifts to tackle climate security: (1) from sectors to systems; (2) from exclusivity to inclusivity; and (3) from sovereign rights to global public goods.

Taken together, these shifts will require the UN as an organisation to transform from an exclusive club of powerful States making decisions behind closed doors into a hub that generates leverage by connecting different actors at local, national, regional, and global levels.

The UN system is structured as a series of loosely affiliated sectors, with bespoke agencies focused on single issues like refugees, food, health, migration, and the environment.

While there have been meaningful efforts to bring those actors together around common objectives — not least the Sustainable Development Goals and universal human rights — in practice the UN continues to operate largely on the basis of sectoral approaches to risks.

The pervasive and interdependent ways in which climate change is driving security risks should galvanise a shift towards a systemic mindset across the UN.

As a result, information and programming tends to be linked to a single agency’s mandate, driven by siloed sources of information.

The pervasive and interdependent ways in which climate change is driving security risks should galvanise a shift towards a systemic mindset across the UN.

This means producing cross-cutting analysis that brings together disparate sources of information, as well as establishing effective ways to do multi-scalar risk analysis in which local, national, regional, and global trends are examined together. In short, it means thinking in terms of complex systems, rather than separate sectors.

When responding to climate change, national governments are highly susceptible to various forms of maladaptation that may increase rather than decrease conflict risks. Facing massive land loss due to extreme weather, a government may reclaim land from the sea (e.g. in Bangladesh), or invest in new agricultural sectors (e.g. in Nigeria), without considering how these actions might create new competition over land, disrupt existing livelihoods, or contribute to large-scale demographic shifts.

And there is clear evidence that the UN’s support to State-led development and peacebuilding programming is highly susceptible to elite capture, potentially contributing to precisely the kind of inequalities that are a root cause of violent conflict.

If the UN is to tackle the growing climate-security challenge, it must place inclusivity (i.e. providing equal access to opportunities and resources for people who might otherwise be excluded or marginalised), at the heart of its work.

There are good examples of this, as in the ways in which UN peacebuilding has conditioned its support on gender inclusivity. The UN should place clear conditions on international support, by demanding that national governments account for potential risks to marginalised communities, clearly track whether funds are being captured by a small elite, and ensure that their national programming is inclusive.

Despite clear evidence that our carbon-driven consumption is unsustainable, we still treat the environment as a commodity: something to be exploited for the benefit of human societies.

The commodification of the environment not only poses existential risks for humanity, but also drives conflict, as States and societies compete to own increasingly scarce natural resources, or use them in a way that negatively affects others.

The UN has to become an advocate for a shift towards treating the environment as both a global public good and an essential aspect of our peace and security architecture. As the COVID-19 pandemic response acutely demonstrated, collective responses to shared threats are not only the most effective approach, they are often the difference between large-scale life and death.

Last year, the UN General Assembly passed a resolution on our Common Agenda that committed to “transformative measures” to address climate change. To deliver on the commitment, the transformation needs to include a repositioning of the environment within the multilateral system.

This can take many shapes. Ecuador has given the environment legal personality, allowing for claims to be brought on its behalf for environmental destruction.

In May, a court ruled that a Royal Dutch Petroleum (the world’s ninth biggest emitter) was bound by the provisions of the Paris Agreement to reduce global emissions by 45%, demonstrating that our obligations to the Earth can have legal effect.

The Biden Administration has placed climate change within its national security strategy, giving real weight and clear priority to the links between climate and security. And there are interesting and dynamic proposals for transforming the UN’s Trusteeship Council into a guardian for the environment, or creating a Commissioner for Future Generations tasked with protecting the environment for the coming 100 years.

Regardless of what path is chosen, the UN should play a growing role in advocating for the environment to be exempt from the Westphalian mindset of sovereign ownership, pushing instead for a collective approach to our climate.

Just as, 75 years ago, the founders of the UN came together to build a multilateral system based on collective security responses, today the UN should reconstitute its institutions toward collective climate-security action.

Climate change is already bringing nightmarish science fiction scenarios into reality; only radical changes in our conceptions of collective action will help us wake up.

Beatrice Mosello is Senior Fellow at the UNU Centre for Policy Research, and Senior Advisor at adelphi, the German think tank and organiser of the influential Climate Diplomacy project.