Turn off Your Pool Cleaner and Help Save the Planet 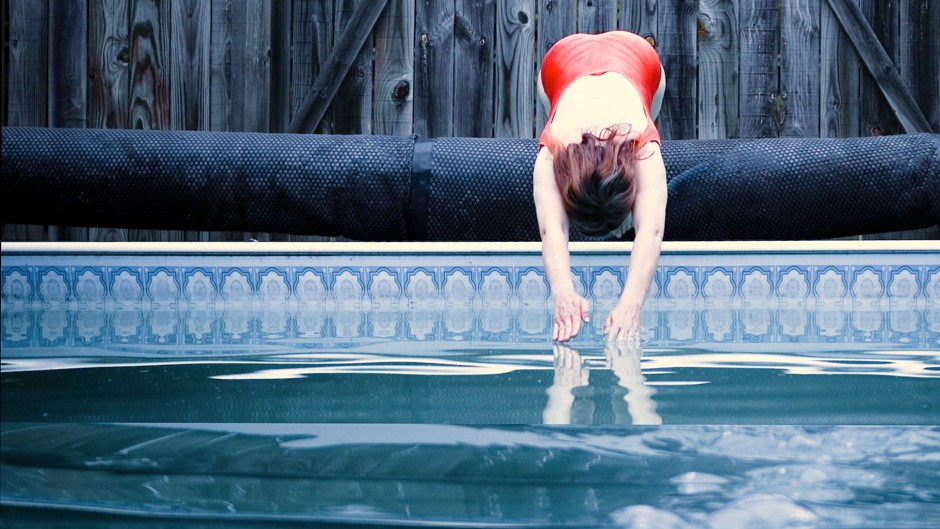 “Pool filters use too much electricity to run them all the time. By only running them for the minimum time required to keep the pool clean, and in non-peak times, you will save money, take demand pressure off the electricity supply system, and help save the planet”.

But can we really help save the planet by pumping our pools for “no more than four or five hours a day”? And, if not, can a broader movement be mobilised that is both green but attracts a wide enough group of people to have an impact?

Down under on top

When it comes to polluting the planet, Australians are on top. Australia’s highest per capita emissions of greenhouse gases in the world derive from the so-called Australian dream. This includes living on a large block in a large house, having a car, usually to yourself, eating lots of meat and if you are lucky, which many are, having an energy sucking pool in the backyard. To put it bluntly, the “Aussie dream ain’t green”.

However, with convergence of higher energy and food prices, predicted water shortages and rapid urban sprawl eating away at fertile agricultural land, the so-called Australian dream could be a nightmare waiting to happen.

With a view to peak oil, Jonathan Holmes of Four Corner’s, Australia’s leading investigative journalism programme, explained the implications of the end of cheap oil back in 2006 in the documentary entitled “Peak Oil?”. A couple of years earlier, in the 2004 documentary entitled The End of Suburbia: Oil Depletion and the Collapse of The American Dream, many experts laid out the case for the end of suburbia in the not too distant future.

Yet, to date, no leader from either of Australia’s two major political groupings has called into question the long term viability of this lifestyle. In fact, just last week, the Australian Senate overwhelmingly voted down an Australian Greens motion to recognise peak oil and for many politicians in the alternative government of the land, climate change is still a conspiracy, not a reality.

The Greens have led the way in calling for Australians to live more sustainable lifestyles. Yet, for too long such messages tend to gain the attention of a minority of concerned citizens, often mocked as being part of a middle class intelligentsia with enough time and money to care about issues beyond the mortgage.

Despite the best efforts of the Greens, online social movement GetUp! and others, the message is not cutting through. A recent nationwide poll shows that the number of Australians that believe “global warming is a serious and pressing problem” has decreased from 68% in 2006 to 48% today.

While it is too early to assess its impact, the slickly marketed 1 Million Women campaign employs images of Australian “daughters, mothers, sisters and grandmothers” in the hope that it connects to, and inspires “climate action” among their fellow home and pool owners. In one example, Pam tells us that she has made some changes to her routine including switching off the second fridge.

But, in this and other campaigns targeted at middle class people in developed countries, there is a tendency to focus on small actions, like turning off the second fridge, changing the light bulbs and reducing your weekly serving of red meat by one meal. While regular saving, cutting and re-cycling is important, such changes do not necessarily take us far enough down the road in responding to climate change and peak oil.

Even if we assume that every Australian woman, and hopefully man, makes these small changes in their big houses and saves one tonne of CO2 each, these are being measured against what we are currently doing, and not in relation to what the planet can actually support.

The concept of a global cap allocates a sustainable level of greenhouse gas emissions to each person on the planet. While estimates vary, one proposal recommends setting a cap of just 110 tonnes of carbon dioxide emissions over the next 40 years (2.75 tonnes per year) to avoid irreversible and uncontrollable consequences of climate change.

So it is possible to organise a movement that is both green and reaches the mainstream?

In Germany, it is commonly acknowledged that “environmentalism is deeply embedded through German politics”, probably as a result of concerns about nuclear waste and acid rain in previous decades. Originally, however, the Green party was split between the non-compromising ‘fundamentalists’ and the bargaining ‘realists’ who “saw correctly, that Germany’s laws offered minority parties a leg up”. This divide reflects ongoing debates about whether it is more effective to scare or encourage people to be sympathetic to a particular cause.

In attempting to gain media profile and influence in Australia, 1 Million Women has taken the encouragement route and sought partnerships with state governments and BP Australia, whose global parent company has a stake in Canada’s destructive oil sands.

But with this realist approach, the campaign’s message is skewed towards viewing people more as consumers than as citizens. Striking a different balance in going mainstream, the 5 million strong Repower America movement in the US, which benefits from the star power of Al Gore, provides its members with a range of advocacy tools to directly challenge their political leaders.

To have added credibility, campaigns like 1 Million Women should complement their focus on individual responsibility by confronting the large corporations and governments who have drawn financial and political power from “business as usual”. They can start by using any influence they gain from their media drive to lobby the campaign’s influential ambassadors, such as Climate Change Minister Penny Wong, who is, ironically, overseeing Australia’s very weak and conditional response to climate change.

Some may view government and corporate sponsored campaigns which ask you gently to “do your bit” as hypocritical. Why should I sacrifice when she has a pool, you may ask? Some developing countries will be running similar arguments at COP15.

In both cases, a more creative response is required.

All shades of green activists can and must work together. Those committed to long term sustainability can embrace pragmatic strategies that engage new people in the debate as part of a positive movement for change. More strident advocates can use such campaigns as platforms both to share seriously inspiring stories and confront political injustices. There is little point in preaching to the converted, if the converted are too few in number to have a significant impact.

Likewise, in the longer term, there is little benefit in engaging the masses if they are not participating in an honest conversation about adjusting to larger lifestyle changes, such as living in smaller, higher density places and paying more for food and energy. Responsible leadership requires telling people what they need to know, even if it is not what they want to hear.

And, if we are really serious about the moral implications of climate change and value every human life equally, then we may have to think harder about what it means to have your own pool in the first place.

The 1 Million Women campaign presents the Women in Climate Change National Forum Series in  Brisbane on 24 November and Melbourne on 3 December.

Turn off Your Pool Cleaner and Help save the Planet by Mark Notaras is licensed under a Creative Commons Attribution-NonCommercial-ShareAlike 3.0 Unported License.