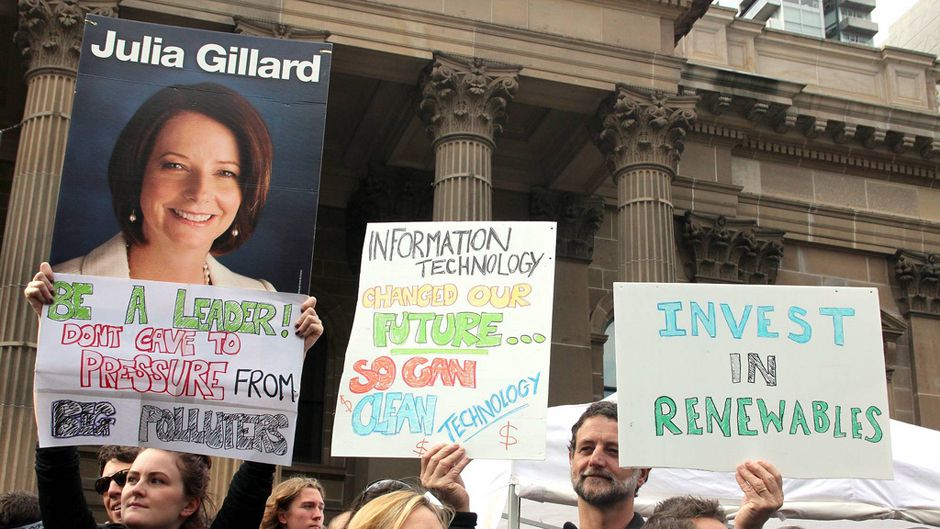 Australia’s Black Saturday fires of February 2009 burned over a million acres of land and killed 173 people. It happened because of record high temperatures and an exceptionally dry summer. It was what climate experts had been predicting for some years: the megafire. A megafire is hell come to earth.

The energy equivalent to 1,500 Hiroshima-sized atomic bombs was released in a fire storm that saw rivers of flame — sometimes rising 100 metres in the air — flowing through the countryside, generating winds of up to 120km an hour with new fires spotlighting 35km ahead of the main fire front.

Black Saturday reminded many Australians of what they know only too well: that of all the advanced economies, Australia is perhaps the one most vulnerable to climate change. And yet support for action on climate change, which was a key factor in the ending of 11 years of conservative government in 2007, has now largely collapsed.

In a story of ironies, a Labor government rarely characterised in recent times by either vision or courage has just announced a raft of measures, centred on a carbon tax, to reduce Australia’s carbon emissions, an act at once brave and visionary. It was, though, forced on them by others.

It has been the strangest of battles that has already claimed two opposition leaders and one prime minister. And depending on who wins it, the rictus smile of Australian public life — behind which has hidden for years a paralysis of thought and action and has seen the coal and iron ore barons, the shock jocks and the Murdoch press seeming to set the political agenda as much as parliament — will continue or begin to break.

A conservative opposition leader, Tony Abbott, who once said climate change is “crap” and yet who is on record some years ago offering the most eloquent defence that could be made for a carbon tax, has waged a highly brutal — and effective — campaign against just such a tax by creating the impression that the Australian way of life will end if it comes to pass. His attempts to create a Tea Party-type fervour in support of his position has created an atmosphere in which serious climate scientists are receiving death threats and Lord Monckton is taken seriously. If elected — and polling has him well placed to win the next election — he has promised to repeal the carbon tax.

A Labor prime minister, Julia Gillard, who does believe in climate change, nevertheless advised her predecessor, Kevin Rudd, to abandon his emissions trading scheme. In consequence, Rudd’s electoral support vanished and he was replaced a few months later by the same Julia Gillard who promptly went to an election promising no carbon tax. 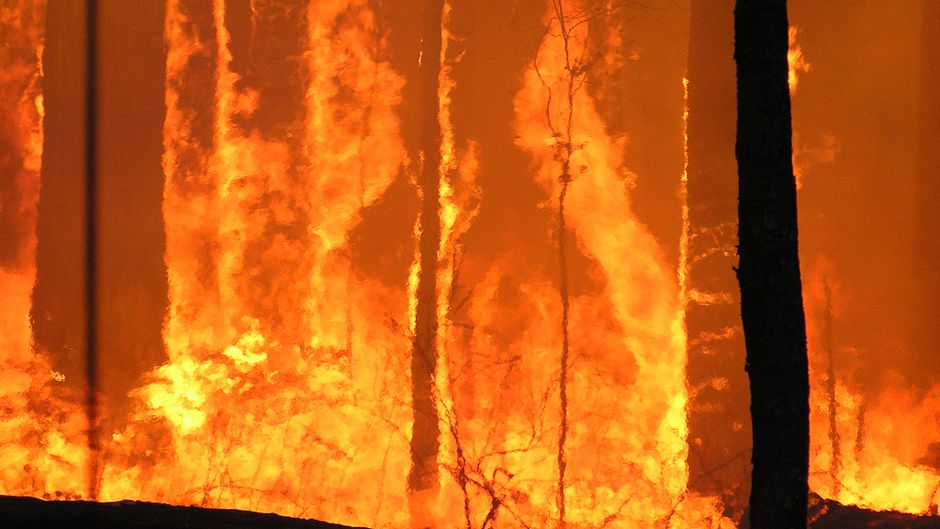 [quote quote=”Black Saturday reminded many Australians that, of all advanced economies, Australia is perhaps the one most vulnerable to climate change.” type=”image” image=”3621″ ]

That there is to be any action at all is to the credit of the Greens, who won the balance of power in the Australian senate in that election and made the carbon tax the condition of their support for Gillard’s minority Labor party. But the package of measures now announced are far from what the Greens argue is necessary to combat climate change by a nation which in spite of its small (22 million) population is one of the world’s top 20 carbon polluters.

Perhaps it could not be otherwise. Australia has avoided recession because of its resource industries. Unemployment is just over 5%. The coal, iron and gas barons combine massive wealth with a certain psychological dominance — without us, where would Australia be? — which is implicit in all their public posturing and pressurising. They interpret national interest as their profit and loss ledger and that, they regard, along with their successful bullying of public life, as being under attack from a carbon tax.

Along with Abbott’s Liberals, they are keenly aware of Labor’s tenuous hold on power. Gillard’s minority government survives on just a one-seat margin and is languishing in the polls at 27%. Whoever wins the carbon tax battle wins government at the next election.

Gillard, on her side, has to placate her coalition of Greens and independent rural MPs, soothe an electorate worried about cost of living increases, and throw enough protection money at the big resource companies to stop them fully setting their dogs on her. The measures thus contain a large reform of tax in favour of the poor and large subsidies to big business to compensate for reduced profits. Her dilemma is that the only package she can get up in consequence is one that fails to deliver the very change that is needed.

And so, though designed with mechanisms for increasing decarbonisation, the tax begins life as modest in its impact, riddled with compromises, exclusions, bribes to both voters and corporations, a low carbon price of $23 (£15) a tonne and a very low carbon emission reduction target of 5% by 2020 — about half that required to stabilise carbon emissions at 550 parts per million (ppm), if other countries take comparable action.

The government’s own climate change adviser, Ross Garnaut, has calculated that halting the growth in emissions at 550 ppm-650 ppm would lead to an average temperature rise of 3°C to 4°C — a rise with disastrous implications for Australia. Selling such a convoluted raft of measures is difficult: former Labor prime minister Bob Hawke has compared it to making “ice cream out of a bucket of shit”.

And selling it is a prime minister with the speech and appearance of a dying metronome — she is so inept it has been said she couldn’t sell the wheel — dragging along behind her a Labor party that must now present the measure Labor didn’t want as Labor’s achievement.

[quote quote=”Like all great reforms, it is a historic beginning. And perhaps it is the hope implicit in the carbon tax that is its most important feature.” type=”text” ]

It may be that the carbon tax is the final chapter in the strange death of Labor Australia. A once great reforming tradition is now too often the captive of fears and dogmas generated in the service of corporate Australia; under attack from the right by an able populist leader, who has never been burdened by the need for consistency or coherence, and rarely challenged on either; and from the left by the increasingly popular Green party.

Many arguments are already being made against the tax. The best argument that can be made for it is that, like all great reforms, it is a historic beginning. And perhaps it is the hope implicit in the carbon tax that is its most important feature.

Among many other reforms, Australians pioneered the secret ballot, universal suffrage and rape in marriage legislation. Whether Australia still has the courage it once had, or whether it has simply become the United Arab Emirates of the west, content to roll on for a decade or two more glossing over its fundamental problems while brown coal and fracked gas continues to keep the country afloat, remains to be seen.

The carbon tax thus looms over Australia as a large question: does Australia have the desire to move into the 21st century, or will it continue its retreat into a past as a colonial quarry for the empires of others, its public life ever more run at the dictate of large corporations, its people ever more fearful of the megafires of the future?

This article was originally published on guardian.co.uk on Sunday 10 July 2011.

Richard Flanagan is a novelist. His most recent book is Wanting.