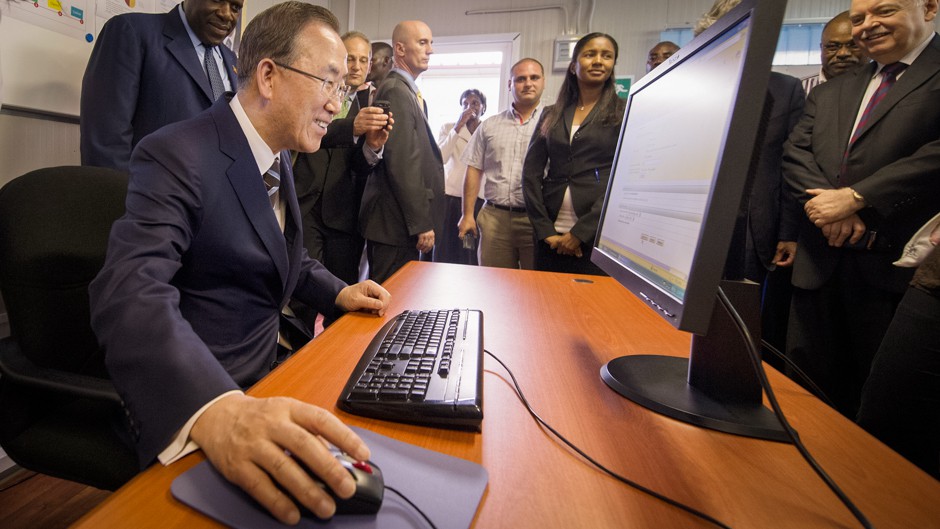 Are you interested in global affairs? Do you follow the work of the United Nations? Do you want to read expert views from global opinion leaders?

If you answered yes to any of these questions then the newly redesigned award-winning web magazine from the United Nations University will be an essential addition to your reading list.

Our World was first launched on 4 July 2008 with a primarily environmental focus, exploring the issues of climate change, energy, food security and biodiversity. Since publishing the first article, the magazine has been 100 percent bilingual, English and Japanese, because we are dedicated to growing an online community that includes the host country of our headquarters.

Over the past six years we have published over 700 articles and produced 65 videos. We have built a dedicated readership and reached over 1.5 million readers.

We are now proud to announce the launch of a new version of Our World on 1 November 2013.

What to expect in the new Our World?

An exciting aspect to our relaunch is that we are now exploring the pressing global issues upon which the United Nations works.

As such, we have expanded the magazine’s themes to include Peace and Security,  Development and Society, Human Rights and Humanitarian Affairs. We have also included Science and Technology because our audience surveys indicate that this topic is of specific interest to many of you.

In the future, you can expect to see more articles from the entire UNU research community (rather than just those working on sustainability) and we will be inviting contributions from key international experts in these fields.

We have also added a new set of keywords rooted in the global issues defined by the United Nations. This is in line with our Charter, which calls on UNU to “devote its work to research into the pressing global problems of human survival, development and welfare that are the concern of the United Nations and its agencies”.

We anticipate that this new approach will appeal to a broader audience and help you keep pace with contemporary affairs as we try to offer you objective, unbiased analysis and insights.

The flexible new design of the magazine will also allow us to feature content in more engaging formats across all of our articles, short videos and photo essays, while creating a rich reader experience on an increasing variety of mobile computers and devices.

Who writes for Our World?

We are proud of the fact that nearly 60 percent of our articles cover UNU research and we hope that this will continue. We are also delighted that we have been able to feature distinguished thought leaders including Lord Nicholas Stern, Rajendra Pachauri, Lester Brown, Naomi Klein, Amory Lovins, Bill McKibben, Jeremy Rifkin, Gretchen Daily, James Hansen, George Monbiot, to name but a few.

Many of these contributions came via our media partnerships that include the Guardian newspaper, Deutsche Welle and the Inter Press Service. We hope to build upon these partnerships and add more in the near future.

If you look over the contributors to Our World, you will see that a large number of academics from universities worldwide have already published articles with us. We also work with a significant number of journalists — both freelance and from leading media. We are deeply appreciative of these contributions and look forward to many more.

We are facing major challenges across the globe following the financial crash of 2008 and as the global economy remains relatively stagnant.

Although the Millennium Development Goals have had a significant impact in addressing issues like poverty, hunger, child mortality, combating HIV/AIDS, malaria and other diseases, promoting better maternal health, providing universal education and empowering women, we still have a long, long way to go in ensuring a fairer, safer, healthier world for all.

At the same time, we are seeing tensions in the Middle East and elsewhere placing pressure on the United Nations and the global community.

What we recognize is that no one has the monopoly on the knowledge we need to address these urgent global issues. Instead we need to engage in conversation, promote peaceful dialogue and, quoting the UNU Charter, foster “dynamic interaction in the worldwide community of learning and research”.

We believe that Our World can make an important contribution as a high quality, independent source of expert opinion and analysis of contemporary concerns for the global community.

The Japanese version of Our World will continue to be published in its existing format, but will be upgraded to the new design before the end of 2013.

Welcome to Our World