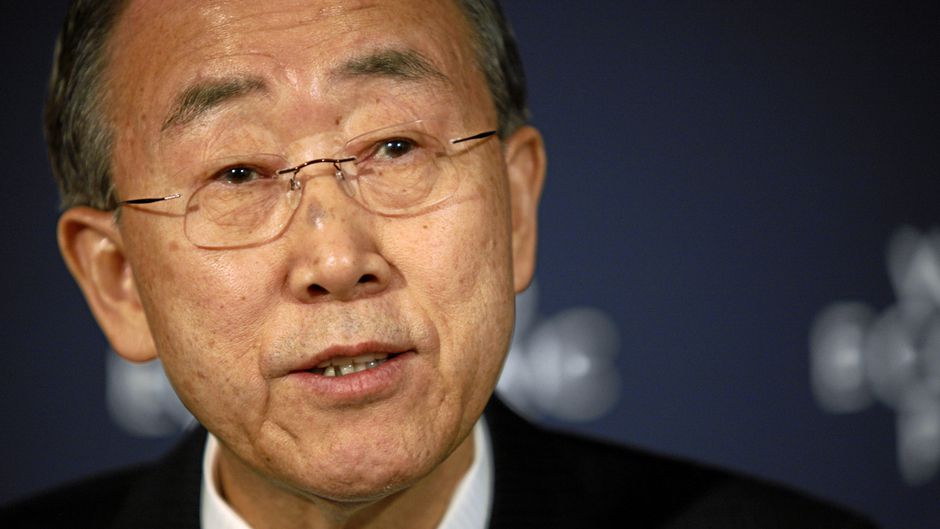 The secretary general of the United Nations, Ban Ki-moon, is to join a public march calling for action on climate change this weekend.

“I will link arms with those marching for climate action,” Ban told a press conference on Tuesday. “We stand with them on the right side of this key issue for our common future.”

His unusual step — high-ranking officials do not normally attend mass public protests — is a measure of how high the stakes are at a summit next week of world leaders, called by the secretary-general, to discuss climate change. Barack Obama, David Cameron and scores of other heads of state and government from around the world are expected to talk about ways to cut greenhouse gas emissions, in preparation for a crunch meeting in Paris next year at which world governments are supposed to sign a new global agreement on the climate.

Ban said: “Action on climate change is urgent. The more we delay, the more we will pay in lives and in money. The climate summit that I am convening one week from today has two goals: to mobilise political will for a universal and meaningful climate agreement next year in Paris; and second to generate ambitious steps to reduce greenhouse gas emissions and strengthen resilience. We are anticipating an impressive turnout of leaders from government, business, finance and civil society. Most important, we are expecting significant commitments and progress.”

No further details were available on Ban’s involvement, but the organisers of the climate march are hoping for tens of thousands of people to turn out in support of their aims.

Ban has appointed Leonard di Caprio, the actor, as a UN “messenger of peace” with special responsibility for climate change. “His global stardom is the perfect match for this global challenge,” Ban said. Di Caprio will address the opening of the climate summit in New York on 23 September.

Assembling world leaders to talk about climate change is a risky strategy, however. The last time Ban called such a summit was before the Copenhagen climate conference of 2009, which marked the first time that developed and major developing countries made joint commitments on curbing greenhouse gas emissions but was a PR disaster as the final days were marked by chaos and recriminations. The UN’s hope is that bringing leaders together in a series of private meetings will allow them more latitude to make new commitments, which are needed as current targets to cut emissions run out in 2020.

Already, the Chinese and Indian governments have indicated that they will not send high-ranking officials to the summit, with both Narendra Modi, India’s prime minister, and Xi Jinping, China’s leader, unlikely to attend.

Mindy Lubber, president of Ceres, a global coalition of investors concerned about climate change, said the secretary general’s decision to attend the march “sent a very important signal” about the importance of the summit.

“This is a chance for real progress,” she told the Guardian. Though governments have been meeting to talk about climate change for more than two decades, the momentum behind next week’s meeting could lead to a breakthrough, she said.

For more information on the climate marches going on around the world, visit the People’s Climate website.