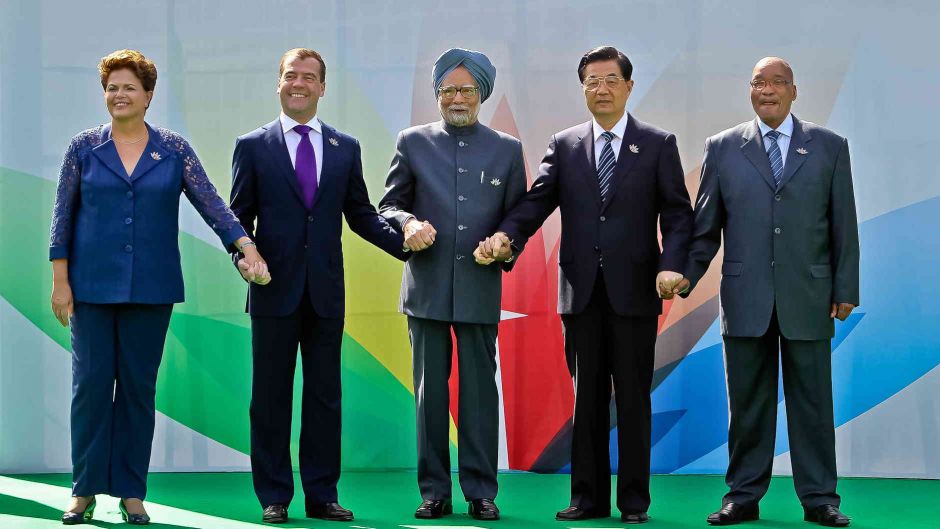 The proposed creation of a BRICS Development Bank is not news any more. Its official launch was postponed from the BRICS Summit in South Africa this past March to the next summit in Brazil in 2014. The five fellow nations — Brazil, Russia, India, China and South Africa — are working on it and we will probably see how their ‘horse-trading’ is going this September, when they hold a parallel meeting to the G-20 gathering in St. Petersburg. No timeline is set yet, though.

The unequal global influence and conflicting interests of each of the five BRICS countries seemingly give rise to lots of concerns about the feasibility of the bank, and commentators are divided. Some say that the ‘BRICS development bank is more than welcome’, while others remark, ‘a BRICS bank? No thanks, the IMF and the World Bank are bad enough.’

The BRICS announced that their establishment of a multilateral development bank will contribute to ‘a more just world order.’ Ambitious, to say the least. This move is being interpreted by the international community as an important step by those emerging powers to compete with, or some would say ‘complement’, the current Western-dominated international financial institutions.

In fact, despite the wide differences among the BRICS members (don’t forget that China’s GDP alone is larger than those of the four others combined), this group now accounts for 25 percent of global GDP and 40 percent of the world’s population. There is good reason to be confident about getting a BRICS bank up and running.

However, many details are nevertheless yet to be negotiated and determined, and there is also good reason to be wary. Where will the new bank be located? Who will staff the bank? To whom will it lend the money? Which companies will benefit from its largesse? Do the BRICS have enough in common to sustain a shared institution? Will the bank be dominated by China? Will a new development bank pose a challenge to the World Bank?

Many of these question marks are for our economists and politicians to address. But, I would say, ‘be careful, BRICS Development Bank.’

Yes, be careful, because the world is watching. The world, the whole world, not only the World Bank and IMF, not only the US, the EU or the UK, not only the countries and companies eager for money from these five fat cats, but also nature and the people — the river that will be dammed, the forest that will be harvested, the fish and elephants that will be disturbed, and the indigenous people that will be resettled. The latter do not, and cannot, speak loudly, but in the end we may be confronted with greater irreversible natural loss and human disaster as a result of the bank’s lending, and a question: multilateral development banks, is their constructive capacity as real as their destructive capacity?

Banks, both public and private, have been found to affect nature and people not only for the better, but also in controversial and problematic ways; for instance, when they finance a dam, but do not check how many species are put on the edge of extinction and when they influence development policies of borrowing countries, but do not listen to the people living there for generations.

It seems there is still a long way to go, because we continue to see sad stories about negative effects of infrastructural projects supported by the banks.

A recent example is the Greater Beirut Water Supply Project in Lebanon, approved by the World Bank in 2010. This project, aiming to provide potable water from the Litani and Awali rivers to the residents of the Greater Beirut area and the low-income neighbourhoods of Southern Beirut, is condemned for giving rise to water pollution and deprivation of other areas, from irrigation and geological risks related to the dam construction.

For more evidence, go to the Oyu Tolgoi copper/silver/gold mine project in Omnogovi Aimag in the Southern Gobi Desert region of Mongolia, or the Tata Mundra Ultra Mega Power Project, in India’s Gujarat state, or the Kendal coal-fired power station in Mpumalanga, South Africa.

Now a new development bank is coming out, which is expected to have a start-up capital of US$50 billion. Will the bank regard the lives in the river that will be dammed with its funds, and will the bank properly implement rigid policies, standards and mechanisms to safeguard the cultural uniqueness of indigenous groups against devastation?

I do not hate money and banks. What I hate is to know that a beautiful river and ten villages may be poisoned by a chromium factory for years, thanks to a loan from a multilateral development bank that is not adhering to its commitments to sustainable development. I do not know much about environment, but I know that nature revenges.

Be careful, BRICS Development Bank. The world, its inhabitants and its nature, are watching.

This Creative Commons licensed commentary appears courtesy of The Broker.

Be Careful, BRICS Development Bank by Yu Chen is licensed under a Creative Commons Attribution-NonCommercial-NoDerivs 3.0 Netherlands License.
Based on a work at http://www.thebrokeronline.eu/Blogs/Emerged-Powers/Be-careful-BRICS-Development-Bank/.

Yu Chen is a PhD candidate at the Faculty of Law, University of Amsterdam and a research fellow at The Netherlands China Law Centre. She specializes in international law, environmental issues, sustainable finance, China’s environmental law and policy, judicial reform and dispute resolution.

Will the Environment Survive International Relations?