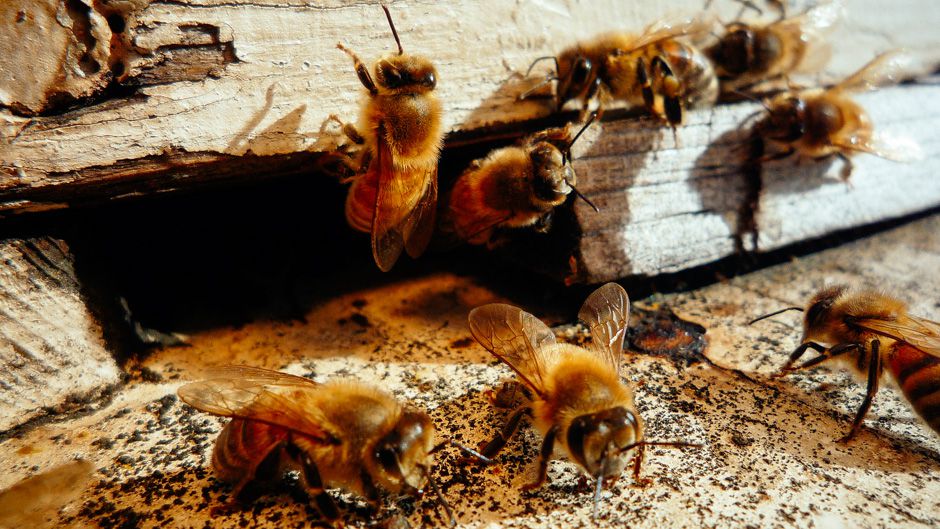 Europe will enforce the world’s first continent-wide ban on widely used insecticides alleged to cause serious harm to bees, after a European commission vote on Monday.

The suspension is a landmark victory for millions of environmental campaigners, backed by the European Food Safety Authority (EFSA), concerned about a dramatic decline in the bee population. The vote also represents a serious setback for the chemical producers who make billions each year from the products and also UK ministers, who voted against the ban. Both had argued the ban would harm food production.

Although the vote by the 27 EU member states on whether to suspend the insect nerve agents was supported by 15 nations, but did not reach the required majority under voting rules. The hung vote hands the final decision to the European commission, which will implement the ban.

Tonio Borg, health and consumer commissioner, said: “Our proposal is based on a number of risks to bee health identified by the EFSA, [so] the European commission will go ahead with its plan in coming weeks.”

Friends of the Earth‘s head of campaigns, Andrew Pendleton, said: “This decision is a significant victory for common sense and our beleaguered bee populations. Restricting the use of these pesticides could be an historic milestone on the road to recovery for these crucial pollinators.”

The UK, which abstained in a previous vote, was heavily criticised for switching to a “no” vote on Monday.

Joan Walley MP, chair of parliament’s green watchdog, the environmental audit committee, whose investigation had backed a ban and accused ministers of “extraordinary complacency”, said the vote was a real step in the right direction, but added: “A full Commons debate where ministers can be held to account is more pressing than ever.”

Greenpeace‘s chief scientist, Doug Parr, said: “By not supporting the ban, environment secretary, Owen Paterson, has exposed the UK government as being in the pocket of big chemical companies and the industrial farming lobby.”

On Sunday, the Observer revealed the intense secret lobbying by Paterson and Syngenta.

The environment minister, Lord de Mauley, countered, saying: “Having a healthy bee population is a top priority for us but we did not support the proposal because our scientific evidence doesn’t support it. We will now work with farmers to cope with the consequences as a ban will carry significant costs for them.”

Syngenta, which makes one of the three neonicotinoids that have been suspended, said: “The proposal ignores a wealth of evidence from the field that these pesticides do not damage the health of bees. The EC should [instead] address the real reasons for bee health decline: disease, viruses and loss of habitat.”

Bees and other insects are vital for global food production as they pollinate three-quarters of all crops. The plummeting numbers of pollinators in recent years has been blamed on disease, loss of habitat and, increasingly, the near ubiquitous use of neonicotinoid pesticides.

A series of high-profile scientific studies has linked neonicotinoids — the world’s most widely used insecticides — to huge losses in the number of queen bees produced and big rises in the numbers of “disappeared” bees — those that fail to return from foraging trips.

The commission proposed the suspension after the EFSA concluded in January that three neonicotinoids — thiamethoxam, clothianidin and imidacloprid — posed an unnacceptable risk to bees. The three will be banned from use for two years on flowering crops such as corn, oilseed rape and sunflowers, upon which bees feed.

A spokesman for Bayer Cropscience said: “Bayer remains convinced neonicotinoids are safe for bees, when used responsibly and properly … clear scientific evidence has taken a back-seat in the decision-making process.”

Prof Simon Potts, a bee expert at the University of Reading, said: “The ban is excellent news for pollinators. The weight of evidence from researchers clearly points to the need to have a phased ban of neonicotinoids. There are several alternatives to using neonicotinoids and farmers will benefit from healthy pollinator populations as they provide substantial economic benefits to crop pollination.”

Neonicotinoids have been widely used for more than decade and are less harmful than some of the sprays they replaced, but scientific studies have increasingly linked them to poor bee health.

Many observers, including the National Farmers’ Union, accept that EU regulation is inadequate, as it only tests on honeybees and not the wild pollinators that service 90 percent of plants. The regulatory testing also only considers short-term effects and does not consider the combined effects of multiple pesticides. The chemical industry has warned that a ban on neonicotinoids would lead to the return of older, more harmful pesticides and crop losses but campaigners point out this has not happened during temporary suspensions in France, Italy and Germany and that the use of natural pest predators and crop rotation can tackle problems.

“It is imperative that any alternative chemicals to be used in their place must first pass the same tests failed by the neonicotinoids,” said Dr Christopher Connolly, a bee expert at the University of Dundee. “The recent findings have highlighted an urgent need for more rigorous safety testing protocols.”