Beyond Solidarity: Refugee Health is a Matter of Self-interest 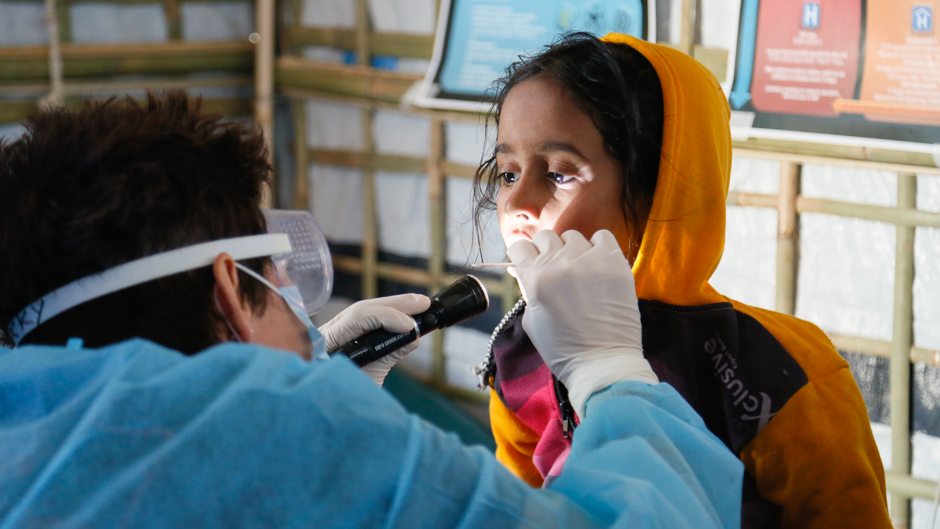 20 June marked World Refugee Day — the culmination of a week of activities around the globe where communities came together to celebrate the resilience and contributions of refugees to host communities and express solidarity with their plight. This 2021 campaign, led by the UNHCR, the UN Refugee Agency, called for the greater inclusion of refugees in health systems.

Marking the two millionth COVID-19 death in January, Secretary-General António Guterres remarked that “science was succeeding, but solidarity was failing”, leading to a “vaccine vacuum” in poor nations.

These remarks were made just as the world passed another devastating milestone: the number of displaced people in the world clearing the 80 million mark. And despite recent international efforts — the New York Declaration on Refugees and Migration of 2016 and the 2018 Global Compact on Refugees — the world’s nations continue to struggle to offer the world’s displaced women, men and children the protection they need and the opportunities they want.

In the face of these multiple and overlapping crises, appeals of solidarity are showing themselves to be of limited value. Repeated calls for greater solidarity with the nations hosting refugees have not led to more equitable burden-sharing arrangements over time. Worse still, the nebulous term has been coopted in certain contexts to erect new barriers that prevent the safe movement of people. During a pandemic, when the costs of failure are so high, appealing to solidarity alone may not be the most effective strategy. As The Lancet pointed out early in the pandemic, vaccine equity is also a question of enlightened self-interest: “measures to control the outbreak of COVID-19 will only be successful if all populations are included in the national and international responses.”

As of June 2021, the UN-backed COVAX facility will have distributed 190 million fewer doses of the vaccine than anticipated. This shortfall has a disproportionate effect on refugee populations. The living conditions of many of the world’s refugees – cramped in camps where risks of contagion are rife, coupled with poor hygiene and a high number of individuals with weak immune systems – make them especially vulnerable to the virus.

A new report documents how the pandemic has been used as justification to close ports to search and rescue boats in the Mediterranean and the Aegean, with the consequences of thousands of refugees being returned to inhumane and degrading conditions.

For many of these individuals, the COVID-19 pandemic has ushered in new forms of suffering. A recent survey by the World Health Organization of over 30,000 refugees and migrants included the testimony of severe overcrowding in refugee camps and the inability to follow social distancing and hygiene guidance, and documented the devastating impact of lockdowns on family economies, declining mental health among displaced individuals, and the emergence of new forms of racialized and gendered discrimination. As one respondent commented, “In here, the situation is not good. Overcrowded camp. No physical distance among refugees. We use the same toilet and shower. Food line about 20,000 refugees.”

Ongoing research in the Life Facing Deportation project documents the impacts of the pandemic on refused asylum seekers returned from the US to Guatemala and Mexico. It is uncovering high incidences of stigma and, in some cases, communities’ refusal to reintegrate returning individuals for fear they may be carrying the COVID-19 virus with them. One young man reports being attacked and beaten by sticks after returning. Several human rights groups have called for a moratorium on deportations during the pandemic after multiple returnees from the US to countries including El Salvador, Haiti, Guatemala and Mexico tested positive. It is not in anyone’s interest to spread the virus across borders, nor to create hostile conditions for the reintegration of returnees, the impact of which could well outlast the pandemic for both sending and receiving communities.

In other countries, arrivals of all kinds have been halted. In Europe, a new report for the European Parliament on the EU Approach to Migration in the Mediterranean documents how the pandemic has been used as justification to close ports to search and rescue boats in the Mediterranean and the Aegean, with the consequences of thousands of refugees being returned to inhumane and degrading conditions, in breach of the principle of non-refoulement.

For those refugees who have been able to reach safety in another country, vaccination remains elusive.

Unprecedented travel and mobility restrictions that aim to prevent the spread of COVID-19 foster an environment where refugees and migrants desperate to leave must take higher risks to escape. They are then at greater risk of abuse or exploitation, including by traffickers. Given the sizeable investments to combat trafficking in recent years, the emergence of emboldened and strengthened networks of traffickers as a consequence of the COVID-19 response would signal failure in global policymaking and an immense waste of resources.

For those refugees who have been able to reach safety in another country, vaccination remains elusive. In early June, a coordinator with a UN Office for the Coordination of Humanitarian Affairs-run working group on Rohingyas said that his office does not expect any imminent immunization campaign for the refugees, and UNHCR recently warned about shortages of vaccines for refugees, including Rohingyas, in the Asia-Pacific region. Mobility between camps and urban centres is necessary to sustain livelihoods. It is unrealistic to anticipate that refugee populations can be indefinitely contained to prevent them from contracting and acting as a vector for virus transmission.

UNHCR is advocating for the inclusion of refugees and other displaced individuals in the global health response to COVID-19. This appeal builds on and replicates global justice, burden-sharing, and solidarity justifications that have shaped the global conversation on refugee protection over the past several decades. But we have an opportunity and obligation to revisit these arguments in this time of crisis to ensure meaningful change. Supporting an equitable health response for refugees is pressing and in everyone’s immediate self-interest. The cost of indifference will be swift and paid by all nations. On World Refugee Day, we need more than a renewed commitment to solidarity. We need to stress that the health of a global community is indivisible – refugee health impacts the health of individuals the world over.

This article was first published by the United Nations University Centre for Policy Research.

Dr Jennifer Allsopp is a Senior Fellow (Non-Resident) with the United Nations University Centre for Policy Research and a Postdoctoral Fellow in International Migration at the Immigration Initiative at Harvard and the Harvard Graduate School of Education, Harvard University. She is also a Research Associate with the Refugee Studies Centre, University of Oxford, and a regular advisor to the European Parliament’s Civil Liberties Committee.

Dr David Passarelli is the Executive Director of the United Nations University Centre for Policy Research. He oversees UNU-CPR’s new institutional development, partnerships, and growth strategies, and leads research and policy advisory programming in the areas of migration, inequality, and development.