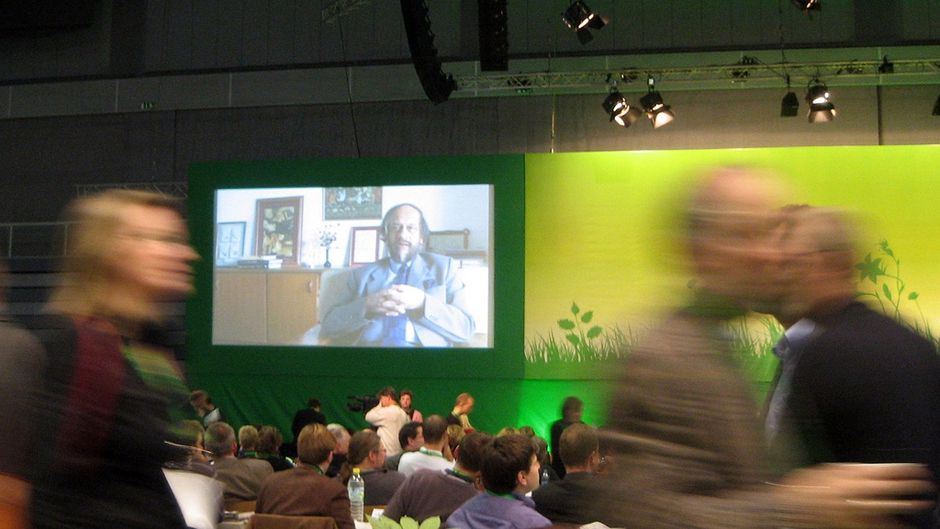 After five years of preparation the international community is expected to launch the Intergovernmental Platform on Biodiversity and Ecosystem Services this year. For some of its proponents, even the decisions of the World Trade Organisation should be subject to its analysis.

The idea behind this effort is that decisions by all levels of government are largely responsible for the decline in species and ecosystems that support life on the Earth. To put an end to species decline, governments need an independent, authoritative scientific body that can assess the impacts of proposed policies and decisions that biodiversity experts have long recommended.

“People generally have yet to appreciate the importance of biodiversity and ecosystem services, and how much is at stake in biodiversity loss,” Charles Perrings, professor of environmental economics at Arizona State University in the southwest United States, told Tierramérica.

“Biodiversity” is the term used to describe the wide variety of living things that comprise the planet’s biological infrastructure and provide us with health, wealth, food, water, fuel and other vital services.

Several reports, including last year’s Global Biodiversity 3, show that policy decisions and failures to enforce regulations have put the biological infrastructure in jeopardy. Many people fail to understand how much humans rely on the many natural services provided by nature and how fast this is changing, said Perrings.

“Decisions taken today that change the biosphere will have profound implications for humanity’s welfare. They must be well informed by science,” he said.

In his view, “proposals put forward by the World Trade Organisation would potentially be assessed for consequences on habitat or if they would lead to dispersal of species around the globe, worsening the problem of invasive species”.

IPBES will not only raise awareness about the importance of biodiversity among decision makers, it will provide them with authoritative projections of the effects of their policies, according to Connie Martinez, senior policy officer at the International Union for the Conservation of Nature (IUCN) in Gland, Switzerland.

“Officials in all departments (ministries) need a better understanding of how economic development can impact biodiversity,” Martinez told Tierramérica.

As such, IPBES would not just inform environment ministers, it would look at all major policy decisions with the potential to affect ecosystems, said Perrings, who has worked for years to establish such an organisation.

Perrings says there is also an urgent need to understand the consequences of the rapid changes in biodiversity occurring over recent decades. Policies on renewable energy, such as biofuels, have moved ahead without assessment of their considerable potential impacts on biodiversity, according to Harold Mooney, of Stanford University, co-author with Perrings of a recent paper on IPBES in the Feb. 18 edition of the journal Science.

“The objective of IPBES is to make the science-policy interface work better to inform decision makers,” Mooney said in a Tierramérica interview.

IPBES is all about providing the best possible science regarding potential consequences of policy decisions and it is not about advocating for particular policies, he said. It is not solely a matter of conservation, because natural ecosystems provide a huge range of valuable economic services to humans, their Science article notes.

Nevertheless, although 93 countries agreed in June 2010 to create IPBES, it has no budget, no home, no staff and only a vague outline of how it all might work. Like the IPCC on climate, the new panel would focus on exhaustive review of the results of global research on biodiversity and, based on that research, would outline projections and scenarios, and draw up recommendations.

The United Nations Environment Program’s (UNEP) Governing Council, comprised of environment ministers, met in Kenya last week to give formal approval for the first IPBES plenary conference this year. During that plenary — expected for October 2011 — decisions about budget, locations, organization and operational structure will be worked out. South Korea and Kenya have expressed strong interest in hosting the new organisation.

The European Union has urged that IPBES become operational as quickly as possible to demonstrate that “the international community is determined to tackle the grand challenge of biodiversity loss,” the EU delegation in Kenya said in a statement.

Meaningful participation of civil society will be critical for the success of IPBES, says IUCN’s Martinez. For example, indigenous peoples are crucial for the conservation and sustainable use of biodiversity and ecosystem services. Civil society will have an important role in IPBES, acknowledges Perrings, but as in the IPCC only governments will be able to vote he pointed out.

IPBES is intended to be independent of UNEP or the UN Convention on Biological Diversity, says Nick Nuttall, a UNEP spokesperson.

As for avoiding some of the minor controversies around the IPCC and its conclusions on climate change, Nuttall told Tierramérica that IPBES benefits from that experience and will ensure it maintains “the highest level of scientific rigour.”

With a bit of luck, IPBES will up and running early in 2012, says Perrings.