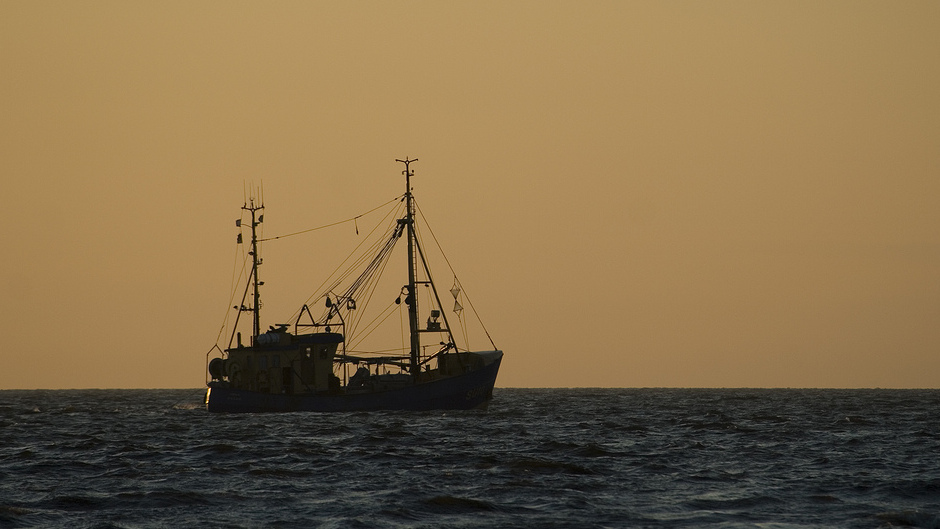 Marine biologists have delivered the most radical proposal yet to protect biodiversity and sequester carbon: stop all fishing, they say, on the high seas.

The high seas are the stretches of ocean that nobody owns and nobody claims: they are beyond the 200-mile economic zones patrolled and sometimes disputed by national governments. They are also what climate scientists call a carbon sink, a natural source of carbon removal.

Life in the deep seas absorbs 1.5 billion tonnes of carbon dioxide from the atmosphere and buries half a billion tonnes of carbon on the sea bed every year, according to Rashid Sumaila of the University of British Columbia in Canada and Alex Rogers of the University of Oxford in the United Kingdom. The two researchers put the value to humanity of life in the high seas — in terms of its ability to sequester carbon — at $148 billion a year.

Only a hundredth of the fish landed in all the ports in all the world is found on the high seas alone. And around 10 million tonnes of fish are caught by high seas fishing fleets each year, and sold for $16 billion.

“Countries around the world are struggling to find cost-effective ways to reduce their carbon emissions. We’ve found that the high seas are a natural system that is doing a good job of it for free,” said Professor Sumaila.

“Keeping fish in the high seas gives us more value than catching them. If we lose the life on the high seas, we’ll have to find another way to reduce emissions at a much higher cost.”

Staying in the depths

But it isn’t just the high seas that sequester carbon. In a second study, published in the Proceedings of the Royal Society B, British and Irish researchers argue that deep sea fish remove and stow away more than a million tonnes of carbon dioxide just from waters around the British coasts and the Irish Sea. If this volume were valued as “carbon credits” it would add up to $16.8 million (£10 million) a year.

The reasoning goes like this. Deep water fishes don’t rise to the surface, they depend on food that filters down to them from above. At mid water level, there is a huge and diverse ecosystem involving many species that rise to the surface to feed during the night and then sink back down again, and some of this reaches the depths.

Clive Trueman of the University of Southampton and colleagues measured ratios of isotopes of carbon and nitrogen in the tissues of fish caught at depths between 500 and 1800 metres to calculate the original sources of food: more than half of these fish got their energy — their food supply — from fishes that went to the surface. But deep water fish, when they die, stay at depth. Their carbon doesn’t get back into the atmospheric system.

Research like this is done to solve the puzzles of the planetary ecosystem, but also to explore the options open to politicians who will one day have to confront the mounting costs of climate change.

The declaration of the high seas as “off limits” to all fishing sounds utopian, but fisheries scientists have repeatedly argued that present fishing regimes are not sustainable, and that radical steps must be taken.

Callum Roberts of the University of York, UK, has been making the case for “marine parks”, or undisturbed ocean and shallow water wildernesses, for more than a decade.

Like pristine tropical rainforests, or protected wetlands and prairies, these would be nurseries and safe zones for rare or otherwise threatened species of plants and animals. But they would also serve as valuable carbon sinks. Either way, humans would benefit because the marine parks would slow global warming and limit climate change.

“The more abundant life is, and the more the seabeds are rich, complex and dominated by filter feeders that extract organic matter from the water, and creatures that bury matter in the mud, the more effective the seas will be as a carbon sink. Overfishing has diminished that benefit wherever it has taken place just at the time when we need it most,” Professor Roberts said.

“I think the carbon sequestration argument is a strong one. The deep sea is probably the biggest carbon sink on the planet by virtue of its enormous size.

“It is incredibly important as a sink, because once carbon is trapped there, it is much harder for it to get re-released into the atmosphere than is the case for carbon sinks on land, like forests or peat bogs.”

Protection of fish on the high seas would also be good for fish stocks in the exclusive economic zones nearer the shores, where the global catch is more carefully managed, and where some areas are already protected.

This would benefit all nations where people depend on fishing or fish farming. At the moment, only a small number of nations maintain high seas fleets.

The Global Ocean Commission, which commissioned the high seas study,  claims that such a decision would make economic, social and ecological sense: the oceans supply “vital services” to humanity. They provide half of the planet’s oxygen, deliver nourishment for billions of people, and regulate the climate.

To protect the high seas could help offshore fish stocks, but demand for fish is likely to grow in step with population increases and fish produce at least one sixth of the animal protein that humans consume.