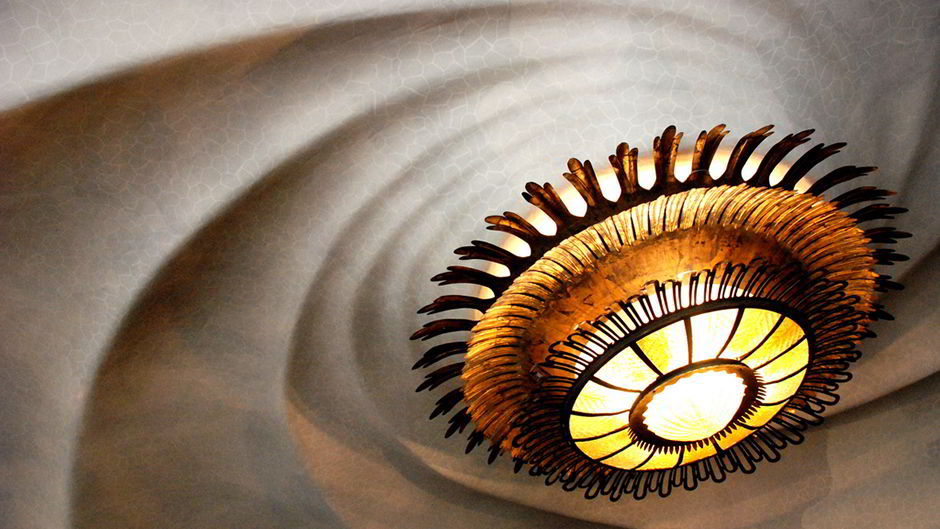 While looking for her just-published book in a bookstore, biologist Janine M. Benyus was asked by the clerk what it was about. She responded instinctually, head swimming with all the ideas she had worked with while writing.

“It’s about looking to nature for inspiration for new inventions,” she blurted. “It’s learning to live gracefully on this planet by consciously emulating life’s genius. It’s not really technology or biology; it’s the technology of biology. It’s making a fibre like a spider, or lassoing the sun’s energy like a leaf.”

The store clerk’s response was one Benyus says she will never forget: “Look lady, you’ve got Nature and you’ve got Technology; you’ve got to choose one.”

Though he was talking about the way the store categorized publications, Benyus says the clerk’s statement made her realize that “the deep, deep separation between those two ideas in our culture was why biomimicry was squirming to be born”.

That 1997 book was Biomimicry: Innovation Inspired by Nature (in which Benyus coined the term “biomimicry”) and it went on to stir up a movement of sorts in the United States. The success spurred she and partners to start a consulting company (clients of which include NASA, Bioneers and Dupont) called the Biomimicry Guild, and later, an institute dedicated to biomimicry education. Next was the launch of AskNature, the “world’s first digital library of nature’s solutions”.

Ever-evolving, the team decided to integrate the work via Biomimicry 3.8, a hybrid social enterprise comprised of a not-for-profit and a for-profit B Corporation. (Stay tuned to OW2.0 for an upcoming story on Benefit Corps, a new type of corporation that is required to positively influence society.) Biomimicry 3.8 — the number, incidentally, was chosen because it has been 3.85 billion years since life emerged on Earth — has a four-pronged focus: to inspire, educate, consult and connect, which they accomplish through innovation consulting, professional training/networking, and educational programs and curricula development.

And this work is attracting appreciation. Benyus has received several awards including Time’s 2007 International Hero of the Environment, the 2011 Heinz Award, and recently the Design Mind Award from the Smithsonian’s Cooper-Hewitt National Design Museum, for which she was honoured just last month at a White House luncheon hosted by First Lady Michelle Obama.

There is a respect at the heart of this emerging field that differentiates biomimicry from past efforts to dominate, domesticate, or steal nature’s secrets, Benyus eloquently states in the Biomimicry Primer.

This means viewing and valuing the natural world differently — as model, mentor and measure, explained like this on Ask Nature:

The team’s guiding philosophy is complex, but broadly it consists of three parts: Ethos, Re-connect to Nature, and Emulate. These “Three Seeds of Biomimicry” are “the foundation of the biomimicry meme” and are defined thusly:

“The ethos seed forms the essence of our ethics, our intentions, and our underlying philosophy for why we practice biomimicry… It comes from a deep seeded [sic] belief that humans are one of many species populating the planet, each with their own inherent right to survive, yet furthermore that our survival ultimately depends on their survival.

“The (re)connect seed is about regaining the understanding and recognition that two “separate” identities (i.e., people and nature) are actually deeply intertwined… (Re)connecting is a practice and a mindset that explores this relationship between humans and the rest of nature… It is quieting our human cleverness and looking to other species in nature with respect; they are elders with guidance to share… With this seed, the bond is strengthened and the skills to observe and learn from nature are enhanced.

“The emulate seed signifies our intent to proceed as is appropriate on this planet — nature as our model, mentor, and measure… Emulation occurs when humans solve problems through bio-inspiration and ultimately minimize our negative impacts on the Earth… With this seed, the details of the practice come together and by combining the seeds together, bio-inspired design becomes biomimicry.”

So how is this to be applied? Scientists have been working for centuries trying to figure out how nature works. Just about every organism has a unique way of surviving, yet patterns emerge. And research on such patterns is just what Benyus and her Biomimicry 3.8 colleagues (“along with many partners”) have distilled to create a collection of “Life’s Principles” which “are what biomimics use to both drive and evaluate the sustainability and appropriateness of our designs”.

These can be very useful in iterative design (a design methodology that is a cyclic process of prototyping, testing, analyzing, and refining the product/process) according to Sherry Ritter who works as a Biomimicry Research and Education Specialist for Biomimicry 3.8.

So biomimicry is “deeper” (vis-à-vis being truly sustainable) than something that is simply “bioinspired”, explains Ritter. This means biomimicry should mimic not just natural form, but also natural process and natural ecosystem.

“If you make a bio-inspired fabric using green chemistry, but you have workers weaving it in a sweatshop, loading it onto pollution-spewing trucks, and shipping it long distances, you’ve missed the point.”

And yes, it seems our technological path has indeed to date missed the point. Perhaps we can hope that biomimicry is the defining science of our times?

Please visit the photo gallery for some very inspiring biomimicry applications/technologies. Also go and browse examples of biomimetic strategies and their applications on Ask Nature.

Nature as an Ally: An Interview with Wendell Berry