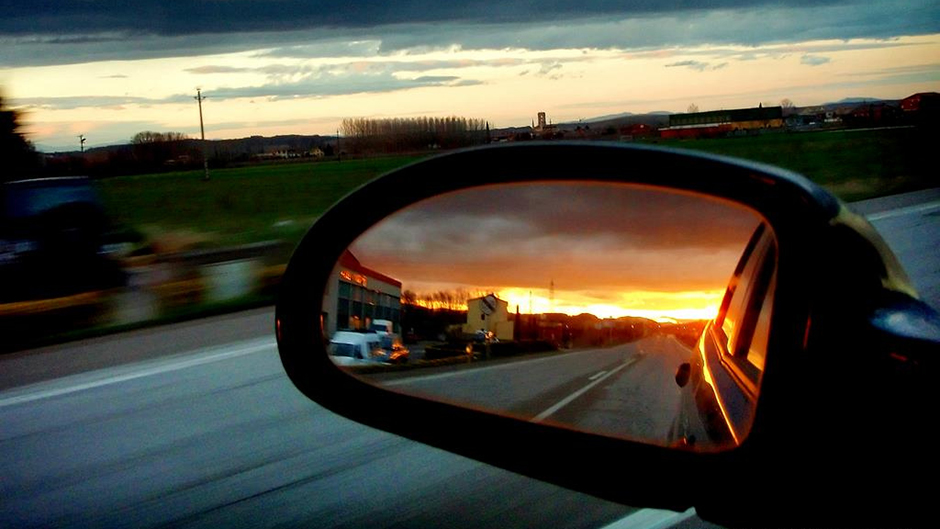 While climate change may have been catapulted from a fringe issue to a mainstream one, the same is not yet true for peak oil. What does it take to drag these tough topics into full public view? The glaring light of a movie camera seems quite effective.

Of course, just as certain fictional film styles are not to everyone’s taste, issue documentaries have their critics too. One cheeky writer, reviewing The Age of Stupid, recently asked: “Is it climate change or eco-films that we need saving from?”

Now, whether or not you enjoy watching celebrities like Al Gore or listening to a parade of experts, the genre is getting hot for a reason: a growing number of well-informed people from various disciplines want us all to face up to some proven inconvenient truths.

In the case of Blind Spot, the subject of this review, the hard fact presented is that when (not if) peak oil happens, “it will change virtually everything about how we live in the modern world.” The interesting twist to this documentary is that the psychological aspects of how we got here are also brought to light.

The film shows how we have been so conditioned by a society centered on an oil-based economic system that we are now simply creatures of habit, constantly consuming while ignoring the implications, which we relegate to a dark corner of our mind.

Quite a fabulous fantasy

Not long into the film, it becomes surprisingly clear just how constructed and naïve our dependence on oil has been. This is thanks to a poignant clip from Oil for Aladdin’s Lamp, a Shell Oil infomercial-like film made in 1933 and revised in 1949.

“The story of petroleum’s place in food runs from the field to your refrigerator,” the fatherly narrator tells us, going on to proudly enumerate how oil is used in everything from the pesticides sprayed on crops, to chemical refrigerants, to the transportation of our food.

“The machine age, which has given us a matchless standard of living, would never have been possible without oil.” And it is with such a mindset that we have lived for 150 years, Blind Spot reminds us.

As the film continues however, the data and expert analyses of eminent academics contrasts naggingly with that pretty picture. Soon the viewer begins to see the logic of the question begged by the film’s tagline: What if all the expectations you have about the future are completely wrong?

“The principal concern here is that we’re not really prepared for declining oil production,” says Lester Brown, influential thinker and founder of the Earth Policy Institute. “It’s going to change almost everything we do, almost every facet of our lives and every sector of our society.”

The question then becomes: what does it take for us to begin to confront the reality that the cost of oil (and all that depends on it) will be climbing out of the price-range of average folk?

And we’re not talking distant future anymore, the audience is reminded. The US reached its peak in 1970 and its production has been declining ever since.

“The same is going to happen to the world as a whole,” states peak oil expert Richard Heinberg. “No one disagrees about that. There’s some controversy as to exactly when that’s going to happen, but everyone agrees it will happen.”

Our days of refusing to think about oil dependence are numbered, Heinberg reminds us.

“The 20th century was all about using more of the stuff and it was the great petroleum fiesta — one time only in the history of our species. The 21st century is going to be all about how that party winds down.”

The film does not shy away from the view that a post-oil world without preparation could be extremely difficult.

“The immediate problem I see for our future is great difficulty maintaining the standard of living that people in industrialized nations are accustomed to and the political and social unrest that may follow from this,” opines anthropologist and historian Joseph Tainter, author of The Collapse of Complex Societies.

Another chillingly accurate observation on Western society comes from Matt Savinar of Life After the Oil Crash.net: “You’ve got an entire generation that’s been brought up in a completely artificial environment where their beliefs have been shaped by television, which is designed to sell things like huge SUVs, and by movies that are completely disconnected from reality.”

Further complicating the attempts to focus people on preparation, says an evolutionary biologist, is the cultural constraint on change in developed societies. People have a very strong faith in a system that’s been working fine for generations and so “those who challenge it are essentially putting themselves outside of their own culture.”

“Why don’t we understand the ecological facets of our predicament and of life in general?” asks sociologist William R. Catton, author of Overshoot. Preoccupied with the economic and political aspects of our society, we’ve allowed ourselves to be self-interested parts of a system in which economic expansion equals progress.

Though an explicit accounting of how declining oil production is certain to rock the world as we know it, the film does not leave the viewer feeling doomed. Rather, one feels refreshingly aware of the challenge ahead, if not a little angry at oneself and the system we’ve fallen into.

This newfound alertness is crucial because the majority of people “have faith that somebody intelligent is looking at these things, and that isn’t a justified faith,” says physicist and author Albert Bartlett.

Further, we’ve got to open our eyes to the politics and lies, says Terry Tamminen, former head of the California EPA, and author of Lives Per Gallon:

“Over the last 10-12 years, oil and auto companies have spent $186 million on campaign contributions at the federal level. And for every one of those $186 million, they’ve gotten back $1,000 in tax breaks and other subsidies.”

From there, it’s a matter of using the innate creativity and ingenuity of our species to find ways to “power down” and transition away from our current fossil fuel mega-consumption. (Check back soon for our article about Transition Towns.)

For such action to take hold, people need the facts. Hopefully many will watch this compelling film. And for those who don’t watch Blind Spot, let’s hope world leaders will begin to step forward and do what the scholars and activists did in the film: just point to the statistics.

“We’re enormously smarter than we were before the Age of Oil,” points out American politician, scientist and peak oil activist Roscoe Bartlett. We will therefore be able to work out a way to live happily beyond the Age of Oil. If we check our blind spot, that is.

For those interested, you can watch the interview with Albert Bartlett below:

Blind Spot by Carol Smith is licensed under a Creative Commons Attribution-NonCommercial-ShareAlike 3.0 Unported License.
Based on a work at http://ourworld.unu.edu/en/blind-spot/.