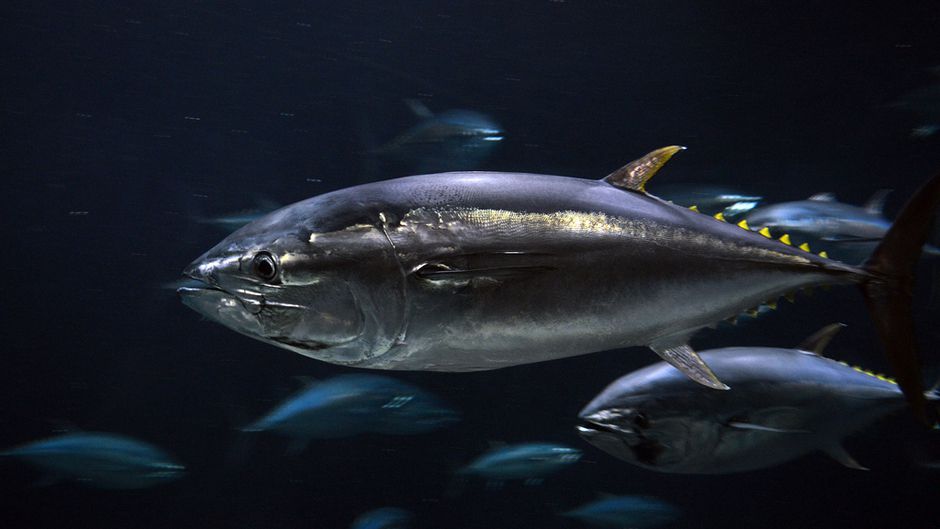 Biologists and fishermen aboard a scientific cruise in the Arctic while they investigated mackerel stocks caught more than they bargained for — three large bluefin tuna, each weighing about 100 kilograms.

The research ship was sailing through the Denmark Strait, which separates Greenland from Iceland. Bluefin tuna are very seldom found near Greenland, and there are no other scientific reports of them venturing that far north. The most recent report of a tuna anywhere near was a stranding in 1900, a long way south at Qaqortoq, on the south-western tip of Greenland.

Details of the find, during a cruise in August 2012 organised by the Center for Macroecology, Evolution and Climate at the University of Copenhagen, have now been published in the journal Global Change Biology.

At the time of the catch, the Denmark Strait was unusually warm, and one of tuna’s preferred prey species, mackerel, had already expanded their range into the region.

Professor MacKenzie and his colleagues write: “Regional temperatures in August 2012 were historically high and contributed to a warming trend since 1985, when temperatures began to rise.

“The presence of bluefin tuna in this region is likely due to a combination of warm temperatures… and immigration of an important prey species to the region. We conclude that a cascade of climate change impacts is restructuring the food web in east Greenland waters.”

They say their data was too limited to estimate how many tuna came so far north, but because bluefins are a schooling species — with schools having from 10 to 100 individuals — and because the three tuna were caught in the same haul, it is likely there were many more present.

The report says: “Satellite imagery showing the spread of warm water from the south-east towards east Greenland suggests that recent warming and climate change may have opened a migration pathway from the European shelf towards Greenland for migratory species.”

It acknowledges that the fish may have swum to the Denmark Strait from the north-west Atlantic, and concludes: “Our results show that rising temperatures have been progressively leading a… trophic [high in the food chain] cascade into east Greenland waters via improved thermal conditions for migratory prey and predator species.”

Nobody knows why bluefin tuna disappeared from the waters near Denmark and in the Norwegian Sea during the 1960s, nor when they might return. But Iceland and Norway have been allocated new fishing quotas of 30 tonnes each for the species in 2014.

An adult bluefin tuna is typically 1.5m–2m long, but some have been as big as 4.5m and weighed 650 kg. The fish are highly prized for sushi, especially in Japan.

Further climate-related changes in distributions of commercial fish such as mackerel and herring will mean new fishery and ecosystem management plans are going to be needed, says the report’s co-author, Helle Siegstad, head of the Department for Fish and Shellfish at the Greenland Institute of Natural Resources.

The Denmark Strait tuna study will be discussed at the annual science conference of the International Council for the Exploration of the Sea (ICES), which starts on 15 September in the Spanish coastal city of A Coruña.