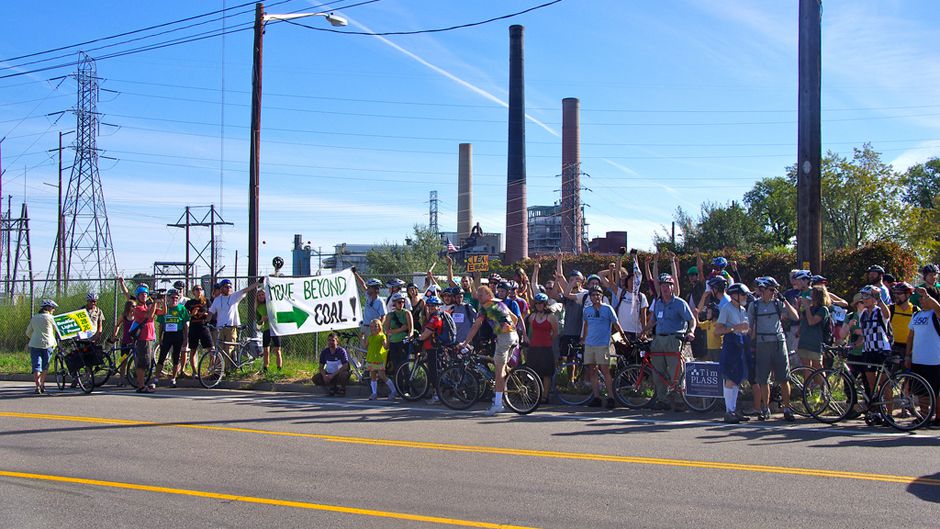 The city of Boulder, Colorado, has won the right to take its power supply — and carbon emissions — away from corporate control. The change for Boulder came in November when voters passed two ballot measures that allow the city to begin the process of forming its own municipal power utility.

The city’s current electricity supplier, Xcel Energy, is a large corporation that sources more than 60 percent of its power from coal. Colorado climate activists tried for years to persuade Xcel to transition from coal to renewables, arguing that the state’s plains, mountains, and 300 days of annual sunshine give it abundant potential for the development of wind and solar power. But they found Xcel’s take-up of renewables was frustratingly slow.

Xcel is investing $400 million in its coal-powered plants, and its plans for renewables stops at just 30 percent in 2020, with no further increase until 2028.

City officials were increasingly skeptical about the corporation’s willingness to meet their clean energy goals. Analysis showed a municipal utility could work, while prioritizing climate change action over profits to shareholders.

Boulder has long cherished the goal of becoming a leader in tackling climate change. In 2002, the city council passed the Kyoto Resolution on reducing greenhouse gas emissions. In 2006, residents voted for the nation’s first city carbon tax to achieve those targets.

“Municipalization” — the legal process whereby the city would form its own utility company — has been on the table since 2004. When Xcel countered with the offer of an ambitious city-wide smart grid in 2008, Boulder accepted. But Xcel and its partners didn’t do a cost-benefit analysis prior to starting the project, and the portion of the costs consumers would pay rose from a projected $15.3 million to (at last count) $44.8 million.

Meanwhile, the corporation’s reliance on coal affected its use of wind power. Coal plants can’t be switched on and off as the wind blows. So when there was more electricity generated than needed to meet consumer demand, Xcel would curtail its wind power purchases in favour of selling power from its own coal plants.

As Xcel’s 20-year franchise with Boulder came due for renewal, city officials were increasingly skeptical about the corporation’s willingness to meet their clean energy goals. Analysis showed a municipal utility could work, while prioritizing climate change action over profits to shareholders. In 2011, the city drafted two ballots for voter approval: Ballot Issue 2B would increase the utility occupation tax to fund the planning process. Ballot Issue 2C would authorize the city to form the utility and issue bonds to buy the distribution system — providing that the new municipal utility’s rates would be equal to or less than Xcel’s.

Thus began a closely fought battle between corporate money and grassroots activism. Xcel financed a “vote no” campaign to the tune of nearly $1 million, buying extensive (and some said, misleading) advertising and hiring door-to-door canvassers.

One development that climate activists found particularly galling was when Leslie Glustrom, research director for climate group Clean Energy Action, was banned from carrying out her watchdog role at the Public Utility Commission — which regulates Xcel.

But the “yes” campaign for 2B and 2C drew on Boulder’s strengths — it’s a college town populated with progressives and technical experts, a hub for clean energy start-ups and atmospheric research. The campaign support group, RenewablesYes, was able to assemble an impressive and all-volunteer “Citizen Technical Team” who worked out a model that used solar, wind, and electricity use data to analyze Boulder’s electricity mix. Then they publicized their analysis — that a local energy utility could reduce the city’s carbon emissions by 66 percent, increase its use of renewables to 40 percent, and keep rates the same as, or lower than, those charged by Xcel.

The list of endorsements for 2B and 2C grew, and eventually included dozens of elected officials, a roster of businesses, three local newspapers, and over 1,000 residents. Political action organization New Era Colorado put additional vitality into the effort by mobilizing young people, who worked phone banks and pounded the pavement to counter Xcel’s advertising.

The ballot measures passed by a whisker — a major victory given that the corporation outspent the grassroots campaign 10-to-1. Ken Regelson, a leader in the campaign, thinks that community organizing tipped the balance. Personal contacts with voters, he says, “are worth more than a utility can spend.”

Municipal utilities aren’t the untested experiments Xcel’s “vote no” campaign made them out to be — there are more than 2,000 public utilities serving 46 million customers in the United States. While some of these utilities are in small or rural markets, Boulder is a big, growing market — it generates at least $100 million in annual revenue for Xcel. The revolutionary potential of Boulder’s ballots is that producing renewable energy for a municipal utility could keep millions of dollars in the local economy instead of exporting them to the headquarters of an investor-held company.

Boulder officials estimate it will take three to five years to create the power and light utility. Climate change activists working on the plan hope it will be a successful model for other cities. “Everything we are doing,” says Ken Regelson, “we plan on sharing as widely as possible… there are lots of lessons to learn and share.” As Boulder works out the details, other cities are watching. They may already be planning to “go Boulder,” ditch the corporation, and take control of their own local power.

Associate Editor Valerie Schloredt joined YES! in the summer of 2010. She grew up in Seattle, studied English and journalism at the University of Washington, then moved to the U.K. During the 25 years she lived in London, she worked as a writer, communications manager, and editor, most recently promoting reform of criminal justice policy. She also raised a daughter, created a garden, renovated a flat, and organized a leaseholder’s association. Valerie is delighted that her position at YES! is an opportunity to learn more about, and contribute to, grassroots movements for sustainability and social justice.