Breaking the Poverty Trap: The Power of Cash Grants 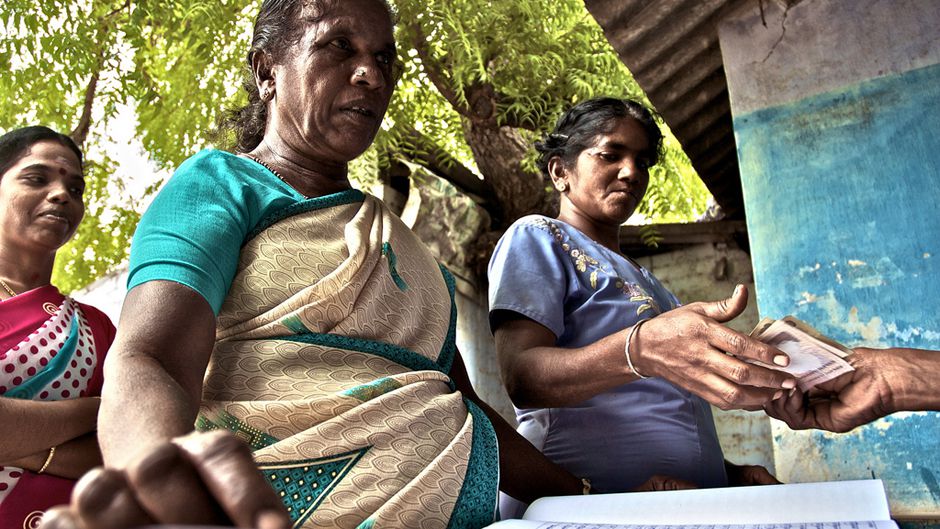 A cash injection of as little as US$12 per month for an impoverished family could determine whether a child eats properly or goes to school or not. With cash transfer programmes around the world now having a profound impact on the lives of poor people, the debate is less about whether to implement them than how to do so.

Handing out cash rather than food or other basic survival supplies to the needy is a fairly recent phenomenon that began in several Latin American countries, including Brazil and Mexico, in the 1990s. In 1998 South Africa also introduced its own version — the child support grant. The widespread success of these programmes is now inspiring many other countries in Africa and Asia to follow suite.

Transferring cash to those who desperately need it is proving to have more dramatic and long-lasting effects than simply keeping the wolf from the door for the poorest of the poor. Michelle Adato, who has researched the impact of cash transfers for many years, says the notion of cash handouts as unsustainable and wasteful has “increasingly been discredited. Cash grants are now being seen as part of a comprehensive development strategy as opposed to just a safety net.” Because of the impact these grants are having on human capital, they are contributing to sustainable development.

“When children miss that window of opportunity from zero to two years old regarding their nutritional status, or experience late school starts or early drop-out rates, the accumulative effects have long-term consequences on their economic wellbeing into adulthood,” said Adato, adding that research has shown a direct correlation between a lack of early capital investment in children and ongoing cycles of inter-generational poverty.

“This is the strongest justification for cash transfer programmes — beyond the basic human rights perspective.”

Adds Carolyn Heinrich, professor of public affairs and economics at Texas University: “I can’t say we’ve heard counter-arguments. We’ve been doing ‘trickle down’ for a long time before starting cash transfers and we’ve never seen the kind of impact that we have with cash transfers.” These impacts include better nutrition and health, improved school attendance and less risky sexual behaviour.

A total of 20 African countries have social protection programmes like these and both the numbers of countries and size of the programmes are growing, with Kenya, Zambia, Lesotho, Mauritania, Malawi, Mali, Niger and Zimbabwe, Senegal all expanding their programmes. The child support grant in South Africa, now expanded to include 17-year-olds, reaches 11 million children.

The Transfer Project, a study on the impact of the grants in many of these African countries led by UNICEF, showed that the quality of life of people receiving cash transfers improved significantly. Respondents in Zambia, Ghana and Malawi all reported being happier with their lives, for example, and research showed that recipients in these countries were eating better too.

Benefits beyond health and education

Significantly, cash grants have also been shown to have clear benefits beyond health and education. They also have a marked effect on adolescent behaviour, curbing high-risk sexual practices. A wide-ranging evaluation of the South African child support grant showed that adolescents who received the grant were 63 percent less likely to engage in risky sexual behaviour such as having transactional sex with older men, thereby reducing their chances of teenage pregnancy, dropping out of school and contracting HIV. The study also showed a drop in alcohol and drug consumption among both male and female adolescents. Heinrich describes these results as “pretty dramatic” and a strong argument for extending grants to cover adolescents in other countries, wherever possible.

Two main criticisms of cash transfer programmes are that they do not create jobs and that they can be misused by those who benefit from them. John Hoddinott, a deputy director at the Washington-based International Food Policy Research Unit, says while the cash transfers are certainly not a magic bullet they are indeed a vital component of any poverty alleviation strategy. “We’re not saying that by themselves they will solve all the problems in the world but they are a valuable part of a portfolio of activities designed to reduce poverty”. Not only do they provide people with the means to buy food and clothes but they “give beneficiaries a base from which to make longer term investments,” he says.

As to the charge that the transfers may be wasted on alcohol, drugs and cigarettes or that recipients may stop working, the evidence points to the contrary. “The research shows that in the vast majority of cases, poor people use their money well — the evidence is unambiguous,” says Hoddinott. Mostly they use the money to buy food, clothes, get their children to school, and sometimes even save some. “You will always find anecdotal stories of some people using their resources poorly but anecdotes are not data,” says Hoddinott. The other experts interviewed share the same view.

“The data shows that the poor make the right choices. We need to stop trying to nanny them.”

Whereas clumps of ragged street children eking out a living on the streets of Johannesburg were a ubiquitous part of the urban landscape in the 1980s and 90s, the sight is far less common nowadays, thanks to the impact of the child support grant, said Dugan Fraser, who worked with the Economic Policy Research Institute on the South African child support grant’s evaluation. The extra cash is helping families feed their children and keep them at school and off the streets. Critics may assume that spending money on items such as a cell phone or the hair salon seems wasteful, he said, but “often there is a rational logic underlying these decisions”. These may be important purchases to make when trying to find work and make oneself more presentable for the job market, for example. “The data shows that the poor make the right choices. We need to stop trying to nanny them.”

Grants with or without conditions?

Up for debate, however, is how to hand out the cash and whether conditions should be imposed on the grants or not. The Latin American model tends to follow the “conditional” approach while countries with less state capacity and ability to monitor whether people are complying with conditions tend to opt for non-conditional grants or those with “soft” conditions that try to nudge the recipients to use them wisely. In Mexico and Brazil, for example, grants will be dependent on a minimum number of days of school attendance, or on a parent taking his or her child for “well baby” checkups.

“The problem arises if you impose conditions but the ability to check on them is not there,” said Heinrich.

Adato said the jury is still out on whether countries should impose conditions on cash grants. Politically, it is sometimes important to attach conditions. “You can often get more support for these programmes if voters don’t think that the poor are getting something for nothing,” she said.

However, the question has to be asked: which one gets the better results? Latin American examples have shown that conditionality adds value to many programmes. For example, a grant conditional on a child attending school could strengthen the position of a woman in the household whose father would prefer the child to stay at home.

The trend in Africa, where state capacity is usually weak, is towards non-conditional programmes. One study in Malawi showed some negative spin-offs of conditionality. While a grant conditional on attending school led to better school attendance among young girls, those who dropped out and therefore no longer received the grant were more likely to get pregnant early than the school drop-outs who continued to receive an unconditional cash grant.

There is no blueprint and each program must be designed according to the local socio-economic conditions, say the experts. The debate over conditionality is becoming more nuanced, adds Hoddinott, with policymakers viewing conditionality more from the perspective of whether it will help achieve their objectives or not rather than whether it is “right” or “wrong”.

Because of an initial skepticism about the efficacy and value of cash transfer programmes they have been subjected to much heavier scrutiny than many other development programmes, said Hoddinott. This has proved invaluable in strengthening and improving them.

“Now there is a good evidence base on where they work and where they are of more limited success.”

They are often cited as less vulnerable to corruption than schemes that hand over goods. “My general impression is that there is relatively little corruption in these types of programmes. In countries where corruption is endemic, you will find corruption in the social transfer as well, of course,” he says. Examples include ghost beneficiaries and bribing of officials where conditional grants are given. Sometimes corruption takes place at the interface where the money changes hands. In some Latin American examples, loan sharks and extortionists began to pop up at the depots where people claimed their cash.

Now recipients of the Bolsa Familia scheme in Brazil, the largest cash transfer programme in the world that supports 12 million families (a quarter of the population) on condition their children attend school and are vaccinated, can now withdraw their cash from ATMs around the country, a move that has reduced corruption.

In South Africa, there has been an ongoing court case involving Net1, the US holding company managing the electronic disbursements of the child support grant. Some recipients were hapless victims of companies falsely representing themselves as legitimate operators of the South African Social Security Agency and had money deducted from their transfers. Net1 is also being subject to a class action lawsuit in the US for providing misleading information on its financial practices in South Africa.

This article first appeared on the IRIN humanitarian news and analysis website, a service of the UN Office for the Coordination of Humanitarian Affairs.

Philippa Garson award-winning journalist from South Africa, where she covered the anti-apartheid struggle, politics, education, health and HIV/AIDS. She is now based in New York, and writes on a wide range of issues.