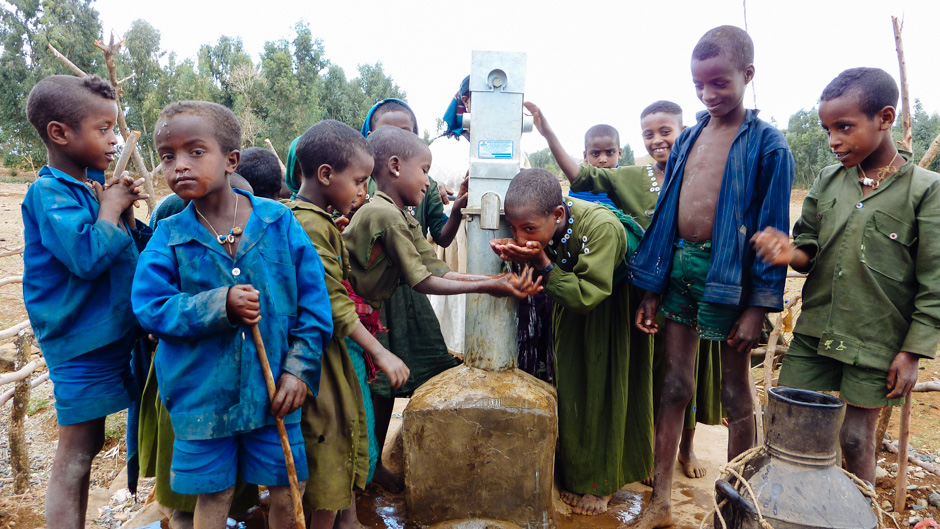 There is a familiar pattern emerging in the formulation of a new set of goals and targets that will define the development agenda beyond 2015, when the timeline of the Millennium Development Goals (MDGs) reaches maturity. The pattern is similar to that employed during the Millennium Summit (2000) when each development ’sector’ pushed hard to achieve priority for its own goals and targets, often to the exclusion of others. The result was, in the case of the MDGs, a set of isolated goals — leading to isolated, and often competing, development streams. To avoid a repeat of this situation as we look beyond 2015, we need to consider two major development axes.

The first of these development axes is aligned at the nexus of water, food and energy security. Worldwide demand for water is projected to exceed supply by as much as 40 percent by 2030 if no significant changes are made. Another projection sees a 50 percent increase in energy demand by the year 2035, most of it coming from developing countries. And food-on-the-plate demand is expected to rise by 70 percent by 2050. Meeting or modifying these demands requires innovative and integrated policy responses. The three elements of the nexus form a triangular relationship: increased food provisioning would require a water- and energy-efficient food production cycle; meeting water demands would mean conserving water use for agricultural production (which presently averages at 70 percent worldwide) and producing more kilowatts per drop of water; increasing energy supply would require an increase in the fraction of non-renewables that are generally water-efficient, as well as developing hydropower projects that in turn also provide food security through sustainable irrigation. I would argue that ignoring water from this triangular nexus, as was the case in the Rio+20 declaration, would make achieving water-food-energy security nearly impossible.

At the end of the day, we — as the international development community — have to demonstrate that we are truly committed to solving interlinked global problems, which cannot be solved piecemeal. A clearest expression of this commitment would be for the emerging Sustainable Development Goals (SDGs) to embed investments for the bottom billion people, who are presently without adequate water, sanitation or energy, and are suffering from malnutrition and high infant mortality rates. If we can resolve the challenges of the bottom billion in the coming decade or two, a sea change in developing countries will be observable. The SDGs must, therefore, address the question of development goals and targets in a cohesive and interlinked way. It is feasible that the High-Level Panel established by the United Nations Secretary General, and co-chaired by David Cameron (United Kingdom), Susilo Bambang Yudhoyono (Indonesia) and Ellen Johnson Sirleaf (Liberia), may be able to achieve this.

Bridging Development Goals by Zafar Adeel is licensed under a Creative Commons Attribution-NonCommercial-NoDerivs 3.0 Netherlands License.
Based on a work at http://www.thebrokeronline.eu/Blogs/Prioritising-Water/Bridging-development-goals/.

Dr. Zafar Adeel is the Director of United Nations University Institute for Water, Environment and Health (UNU-INWEH). He also serves as an Adjunct Professor of Engineering at the McMaster University. Previously, he served as the Chair of UN-Water from January 2010 to February 2012. He has been part of the UNU since 1998 and holds a Master’s Degree from Iowa State University (1992) and a PhD from Carnegie Mellon University (1995). Before joining the UNU, he served as a Senior Engineer at GeoTrans Inc. (USA) for a number of years. He has experience in a range of water and environmental issues, including monitoring and control of water pollution, water management in dry areas, solutions to industrial environmental problems, modeling of environmental systems and environmental policy formulation. He has led the development of a network of scientists working in water-scarce countries, particularly those in Africa, Middle East and Asia and published several books during his editorial lead. He co-chaired the Millennium Ecosystem Assessment team that produced the global desertification synthesis in 2005. Dr. Adeel was also member of the editorial boards of Sustainability Science (Springer) and Global Environmental Change (Elsevier Science).