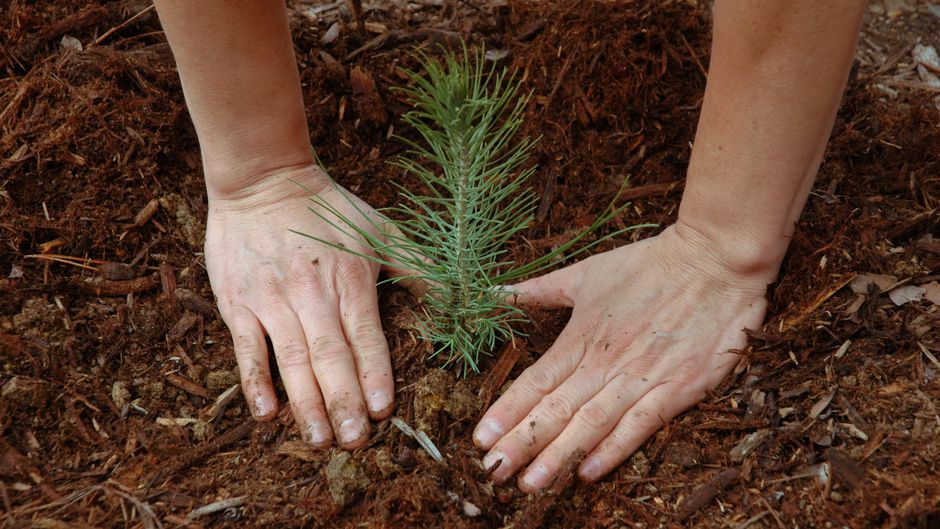 In recent decades debates about the relationship between the environment and peace have focused on how environmental problems like resource scarcity and climate change are likely to create or exacerbate conflict. The emerging discussion that links rising temperatures caused by climate change to increased incidences of conflict illustrates this tendency.

The alternative theory of ecological diplomacy, on the other hand, focuses on facilitating peace through environment initiatives. Though one might argue that diplomatic mechanisms like the international climate change negotiation process, illustrated at last year’s COP15 meeting, have not accomplished anything more than the promotion of good will between countries.

Professor Saleem Ali, however, thinks that we can create a positive dynamic by using ecological diplomacy to achieve two desirable goals at the same time — conservation and peace.

Ali is Professor of Environmental Planning at the University of Vermont’s Rubinstein School of Environmental and Natural Resources.  The eloquent Pakistani-American academic spoke  at a seminar recently, hosted at the United Nations University Institute for Sustainability and Peace (UNU-ISP), about a form of ecological diplomacy that is gaining prominence — peace parks.

What are peace parks?

The Transboundary Protected Areas Network of the World Conservation Union defines peace parks as “transboundary protected areas that are formally dedicated to the protection and maintenance of biological diversity and of natural and associated cultural resources, and to the promotion of peace and cooperation”.

Once conflicting parties realize that a deteriorating ecology is a detriment to all sides they are more likely to co-operate.

“What we are trying to do is to frame environmental degradation as a common aversion mechanism for parties, which can in turn lead to cooperation. Once conflicting parties realize that a deteriorating ecology is a detriment to all sides they are more likely to co-operate,” Ali says.

“The elegance of this argument is that we can also use the tools of ecological diplomacy to address conflicts, including those that have nothing to do with the environment.”

Typically, issues around territorial sovereignty can be difficult to negotiate and provide major stumbling blocks in conflicts. Ali cites peace parks as providing a space where shared sovereignty of the environment, because it is based on science and can be de-politicised, can set the scene for other forms of cooperation in trickier areas such as competition for economic resources.

Transboundary protected areas (which currently number 227 worldwide) can be developed, through negotiation processes that are led by governments or foreign donors, to bring warring parties together. In addition, as was the case for the Selous-Niassa Wildlife Corridor in Tanzania and Mozambique, local scientists and communities can initiate bottom-up negotiations with the support of donors. The key to transforming a transboundary conservation area into a peace park is the instrumental use of such a region in building cooperation and trust.

The extent to which a peace parks can help resolve or prevent potential conflicts is assessed in Ali’s book Peace Parks: Conservation and Conflict Resolution (2007) , the first publication to enquire into this issue comprehensively.

In his talk, Ali also pointed out how ecological diplomacy is drawing together agencies from the environmental and peacebuilding spheres of the UN. Environmentally mandated platforms such as the Intergovernmental Panel on Climate Change and the Intergovernmental Science Policy Platform on Biodiversity and Ecosystem Services (IPBES) now have specific programmes of work around peacebuilding.

Conversely, the UN Department of Peacekeeping Operations’ (DPKO) mandate is being expanded, in Ali’s words, “from blue to green” — referring to DPKO’s planting of trees in post-conflict zones in places like Liberia, in partnership with the United Nations Environment Programme.

“Here we have the opportunity to facilitate peace by transforming the role of the military, for instance,” says Professor Saleem Ali, University of Vermont.

Targeting his presentation to a Japan-based audience of researchers and policy-makers, Ali talked about the peace park planned for the volatile de-militarized zone (DMZ) between technically ‘still-at-war’ North and South Korea.

“In Korea, previously damaged ecosystems have bounced back as a result of the space created by the conflict.”

“Here we have the opportunity to facilitate peace by transforming the role of the military, for instance. What we need to do is make ecological policy more economically effective,” Ali explained.

As part of this and other peace park initiatives, tourism (which he describes as “the world’s fastest-growing service sector”) and particularly eco-tourism, has the potential to facilitate on-going mutual trust and economic benefit for conflicting parties.

Writing in his 2007 book, Ali attributes this suspicion to “the lack of empirical evidence linking environmental issues to conflict”.

He goes on to explain, “[t]hese critics did not ask the more salient question of whether there are certain key attributes to environmental conservation that could independently contribute to peace-building in conflict zones”.

Ali’s work across the traditional academic divide between the natural and social sciences provides a good template for multi-disciplinary think-tanks such as UNU-ISP that explore issues that clearly require diverse academic input, such as education for sustainable development.

The academic of the future?

As a National Geographic Emerging Explorer,  Ali could be emblematic of a new type of academic who does more than provide in-depth research in peer-reviewed journals, valuable though this is. His blog and opinion pieces for newspaper in the United States and Pakistan are good examples of how considered scholarship can be disseminated to the general public through the internet, and furthermore, to audiences in different countries.

Professor Ali believes firmly that environmental scientists and educators do have a positive role to play in conflict resolution.

Through his complementary role as a consultant to governments, businesses and civil society groups, Ali has an unapologetically opportunistic and pragmatic approach to building peace that includes involving the corporate sector in environmental management initiatives.

One of his next missions is to help establish an international agreement on transboundary environmental management through a protocol within the Convention on Biological Diversity (CBD).

“There are already several commitments that countries have made on transboundary conservation within the program of work of the CBD. However, there has been little leadership shown in implementing any of them substantively. Nagoya’s COP10 meeting may provide an opportunity to make a difference, given the thrust on transboundary issues in North Asia.”

In an era when the world has to tackle the twin challenges of sustainable peace and sustainable development simultaneously, Ali’s work is proof that, as he puts it,  “environmental scientists can be bottom-up educators who use science to create peace”.