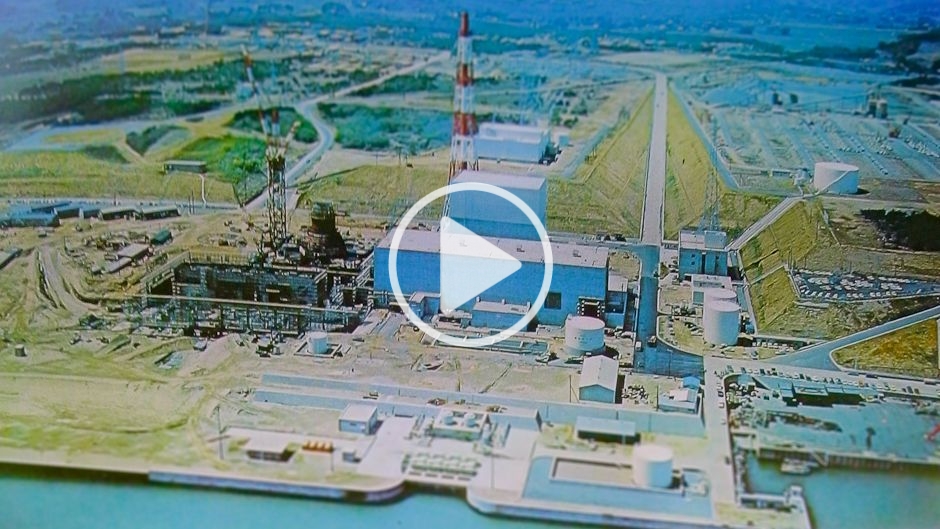 A new report from Greenpeace calls for the complete closure of all Japanese nuclear power plants by 2012. The report was released at the same time as the new Prime Minister, Yoshihiko Noda, was making his first policy speech to parliament calling for the restart of all reactors that are currently offline due to routine safety checks and maintenance.

According to the Greenpeace report, the Advanced Energy Revolution — Sustainable Energy Outlook for Japan, as of August 2011 only 12 of Japan’s 54 nuclear reactors were actually operational. This led the report’s lead author Sven Teske to conclude that Japan seems to have been able to get by with only limited nuclear power use this summer and that with greater emphasis on energy savings and enhanced energy efficiencies, the country could close down all nuclear plants next year.

On Our World 2.0, we have looked at other scenarios for the phasing out of nuclear power in Japan, with one example being that developed by the Institute for Sustainable Energy Policies (ISEP) (see related articles in the column to the right). These tend to suggest a gradual phasing out so that Japan is 100% renewable by 2050. The World Wildlife Fund for Nature (WWF) Japan has developed an almost identical scenario.

Greenpeace, however, is suggesting something far more radical and Teske argues that the goal is to turn the “nuclear catastrophe into a renewable opportunity”. He makes it very clear that Greenpeace has always been anti-nuclear and sees no future in this source of energy.

Is this the time for radical change?

The Greenpeace proposal may be difficult for Prime Minister Noda to swallow even though he has made clear that he would like to reduce Japan’s reliance on nuclear in the mid to long-term, although no dates have been specified.

The question is what would the Japanese public think about this proposal? If offered a referendum on the phase out of nuclear energy in 2012, what proportion of Japanese people would vote “Yes”? How many citizens and businesses would accept the need to make greater efforts to save energy (as they did this summer) in order to be free of the risk of another nuclear accident after 2012, and also to ensure that the amount of nuclear waste that needs to be treated will not grow beyond that already created?

Put that way, we could expect the greater majority would be supportive of this proposal. However, people would need to be convinced that a viable alternative scenario to “business as usual” exists that could ensure the Japanese economy has the electricity it needs to keep running smoothly and at the same time that overall quality of life would not be significantly affected.

At this point in time, within Japan there are intense ongoing discussions about the country’s energy future. It is essential that the policy-makers look outside their usual pro-nuclear box and listen to the voices that normally end up being sidelined or ignored. All of the varying energy scenarios need to be put upon the table and rigorously reviewed in a transparent manner.

The Greenpeace proposal contains several interesting ideas that merit further analysis. As an emergency measure, for instance, by 2015 Greenpeace suggests that wind power generation could increase from 220 MW today to 5,000 MW. That is around 1,000 new wind turbines constructed each year. But what would be the environmental impact of this massive growth and where would all the wind turbines be located?

Teske was quick to point out that there is vast experience in other countries in siting wind turbines, in giving local communities the lead in developing these renewable energy resources, and in the environmental assessment of wind farms, and as such he is confident these issues can be tackled.

For solar, the goal would be a jump from 990 MW in 2010 to 5,000 MW in 2015. Moreover, Greenpeace argues that the key to ensuring this successful emergency transition to a nuclear free energy supply would be the use of existing gas-powered plants that would cover dips in flexible generation associated with wind and solar. The longer-term goal is to generate 43% of electricity from renewable energy by 2020, climbing to 85% by 2050.

The added bonus to all this, according to Greenpeace, is that Japan would also be able to reduce greenhouse gas emissions by 25% by 2020, meeting the commitment made under the climate change negotiations.

A major challenge to realizing this scenario is the need to continue with the efficiency measures implemented in the summer of 2011. While there is considerable public support for the measures, there has always been an end in sight since the energy saving campaign runs until the end of September. It will also be challenging to push beyond the existing measures in order to make even greater reductions (around a 1.7% per year drop in total electricity use between 2011 and 2020). The Greenpeace proposal incorporates a number of efficiency measures that have been proposed by ISEP, who have been working on Japan’s energy policies for over a decade, including a national load reduction strategy and special pricing for peak-demand periods.

In the policy sphere, there will be many obstacles including the need to phase out fossil fuel and nuclear energy subsidies, the introduction of legally binding targets for renewable energy and the opening up of the electricity grid for renewable power generation. The latter may only be possible if the government nationalizes the grid or buys it from the current electricity power utilities and sells it to another private entity. Who knows — maybe Softbank would buy it, following the efforts of CEO Masayoshi Son to push renewable energy for Japan.

What is it going to cost?

Japan’s public finances are in a sorry state (like those of many industrialized countries at the moment). The costs of this transition and the impact on the economy are likely to be of paramount importance. Greenpeace sees the switch to renewable energy as a significant job creator for Japan with 326,000 jobs by 2015 as the emergency measures are implemented, dropping back to around 144,000 jobs in the electricity sector in 2030. The nuclear power industry will retain a relative large workforce since it will take at least a decade to decommission the existing nuclear plants and the issue of nuclear waste management will remain.

The Greenpeace proposal is less detailed on the costs of this transition but points out that it will initially cost more to implement than relying on existing fossil fuels. But the point to highlight here that the money invested on renewables will stay in the Japanese economy while that spent of fossil fuels leaves the country. It would have been good to see some kind of breakdown of the cost assumptions.

In his interview with Our World 2.0, Teske stated that with regards to costs these measures would increase the price per kilowatt hour of roughly half a yen and argued that this is not a major increase in the overall bills for consumers.

But perhaps the bigger question here, and one that is equally difficult to quantify, is what will be the cost of not making or delaying this transition.

Greenpeace suggests that the contribution of nuclear to the global energy market is in the range of 2% and that currently renewable energy is the most significant growth sector (albeit from a small base) and has the greatest growth potential. That being the case (and we would welcome views to the contrary), it could make good business sense to take advantage of future-oriented technology like renewables, rather than one that looks increasingly like a technology of the past.

Bye Bye Nukes in Japan by 2012 by Brendan Barrett is licensed under a Creative Commons Attribution-NonCommercial-ShareAlike 3.0 Unported License.