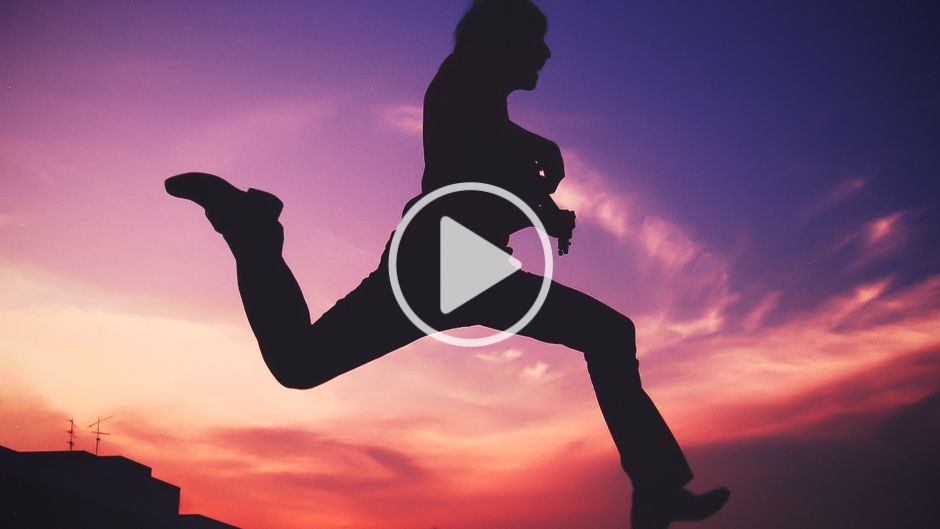 To some people it might seem like happiness and environment are unrelated, but more decision makers are approaching environmental and economic issues with the goal of improving society’s well-being and happiness. In the past few years there have been notable efforts by economists and policymakers to use the metric of happiness as a tool toward better rulemaking. On the announcement of the UN’s establishment of the International Day of Happiness, Ban Ki-moon stated, “[The world] needs a new economic paradigm that recognizes the parity between the three pillars of sustainable development. Social, economic and environmental well-being are indivisible. Together they define gross global happiness.”

The use of happiness as a policy guide is not new. Since the 1970s, for example, Bhutan has been championing its Gross National Happiness to measure the collective happiness pulse of its citizens.

Though the practical applications of happiness are still at the early stages, one Japanese environmental thought-leader Junko Edahiro is looking to spread the idea of happiness as a policy tool within Japan and throughout the world.

Ms. Edahiro is an environmental journalist who started Japan for Sustainability, a non-profit organization that strives to share information (in English and Japanese) about initiatives in Japan that are helping to create a happier and more sustainable global society. Ms. Edahiro sat down with Our World to talk about her latest project, the Institute for Studies in Happiness, Economy and Society (ISHES) and about Japan’s role in solving today’s toughest environmental issues.

Our World: How did you become involved in environmental and sustainability issues?

OW: Was there something specific to the place you grew up that made you aware of your environment?

JE: I had a special spot that I would go to in the mountains, and in the spring I would always go to play and pick edible wild plants. But one day when I went to the spot, the trees had been cut away for residential land development. Losing a place dear to me is something I remember from when I was little. Seeing a house built there, a mountain cleared here, all around me development was occurring while I was in elementary school, which had a big effect on me.

OW: For 10 years you’ve written about environmental issues with the Japan for Sustainability web magazine, but how did you start becoming involved with the subject of happiness?

OW: What is the dilemma of economic growth?

JE: The dilemma of economic growth was first introduced in a book by an English researcher, Tim Jackson. The earth has limited resources, and on a limited earth it’s impossible to continue limitless economic growth. That is the first point. Continuing economic growth is not possible.

But the premise of today’s society is based on growth. For example, if we think about Japan’s social security and pension, we work under the premise that the economy will grow and people will pay taxes. If we say “Let’s stop economic growth”, all the things we created within society will fall to pieces. That’s the second point: economic growth cannot continue at this rate, but if we discontinue our economic system, society will become unstable. If this is the case, we will continue our economic system but we should lower our influence on Earth’s resources.

The economy, resource use, CO2 emissions have increased together. Dividing these trajectories is called decoupling. It’s about growing the economy but decreasing CO2 emissions. We’ve been working on energy efficiency for a while now and it will continue to be important in the future. Even if we decouple, we will not completely decrease emissions. As long as we grow the economy, CO2 emissions will continue to increase. So, with decoupling, transparency is important but it cannot be the ultimate answer. Continuing economic growth is unsustainable, but to discontinue growth will lead to instability. The so-called solution of decoupling won’t work.

Then, “what should we do?” is the question moving forward. There is no one single answer, and to the extent possible, we should create a society, lifestyle, and industry that does not rely on growth. What we can do is think about, try out, create, and spread ideas for this new way of life.

OW: How did you start the Institute for Studies in Happiness, Economy and Society and what are the current activities?

JE: Two months before the March 11th earthquake, the Institute for Studies in Happiness, Economy and Society was established. After working on environmental issues, I think we cannot solve them just looking at what’s on the surface, because the problems will continue to increase. I think we have to think about happiness, economy and society collectively. I’ve thought about this for quite some time now, and it is why this research organization was created.

One [of the activities] is that I would like to continue studying in this field by holding study groups to read and discuss with other interested persons. Then, we would like to communicate these ideas to more people through lectures and written materials. Finally, we have a website where we present information in an easy-to-understand way.

OW: What does happiness mean to you?

JE: Instead of thinking about how much money or things one has, I think of the approach to living, one of self-fulfillment, one that is truly important and is supported by a group of peers. For me, that brings to mind happiness.

OW: What is the most challenging problem facing Japan today?

JE: Japan will be the first [country] in the world to decrease in population. The frameworks and thinking we created in a time of population growth will have to change as the population decreases. How we transition is the most important issue in Japan. With population growth and economic growth comes a certain line of thinking. For the longest time, that’s how we’ve operated. To reduce or to lessen has always been given a negative image that people don’t want to think about, but I think this country could downsize and be beautiful. Not just Japan, but other countries will decline in population too. So, Japan can be a model for other countries, as a beautiful, happy, small society.

OW: What is unsustainable in Japan today?

JE: 60 percent of what is being eaten in Japan is imported from other countries. Even with energy, we’re making about 10 percent of the energy used, and that is not sustainable at all as we are becoming dependent on other countries.  It’s important for Japan to grow its own food and to produce its own energy, and of course exchange between countries is important, but as long as Japan is not standing on its own feet and making its own food and energy, we will not be sustainable.

OW: What is an example of Japanese living sustainably?

JE: In Japan, you find increasingly more people, especially young people, living the “half-farmer, half-x” lifestyle. Half the time they farm, not to sell food, but to feed their family. Because they are only feeding themselves, they can farm for half the time. The other half of the time is X — their goals, what they want to do. Since they are making the food for themselves, they do not necessarily need to rely on others for food or need to make a lot of money.

Having said that, as long as they are in Japan, energy will be imported, so in addition to the “half-farmer, half-x” lifestyle, they may try to utilize renewable energy and conserve energy. It’s not just living a sustainable life but living at one’s own pace and doing what one wants to do. These types of people are becoming more numerous.

OW: How do you predict that Japan will solve its environmental issues?

JE: Japan has excellent capacity to create different types of technologies. Taking advantage of these strengths, I think we may be able to solve our environmental problems. At the same time, we have to think about the kind of society we want to create.

Even if we create a society that grows the economy, technologies will not solve our environmental problems. With the many technologies and knowledge we have, I think our ideal world will not become larger. A hard approach is to overcome environmental problems with technology. A soft approach is to create a society that creates and thinks together. With these two approaches, we can start moving toward a sustainable path.

OW: Any final thoughts about sustainability?

JE: Even though we’ve worked so hard in the sustainability field, the effects of climate change have worsened and peoples’ behaviours have not changed. It’s easy to be disappointed or, for some, to quit in despair. But if we quit, then we’re in real big trouble. Even if we cannot see the progress right away, I would like to still continue working on these issues. I am glad that I am able to do what I can do. If I’m asked what the result is, I can’t help but say the environment is still deteriorating. But if I can connect with one or two people and they think about the issues and then they connect with other people, little by little, I think we can be set in the right direction.

Can Happiness Save the Environment? by Eugene Kobayashi is licensed under a Creative Commons Attribution-NonCommercial-ShareAlike 4.0 International License.

Eugene Kobayashi is a freelance videographer and former video production intern at the United Nations University Office of Communications. He hopes to contribute to a more sustainable and equitable world one video at a time.