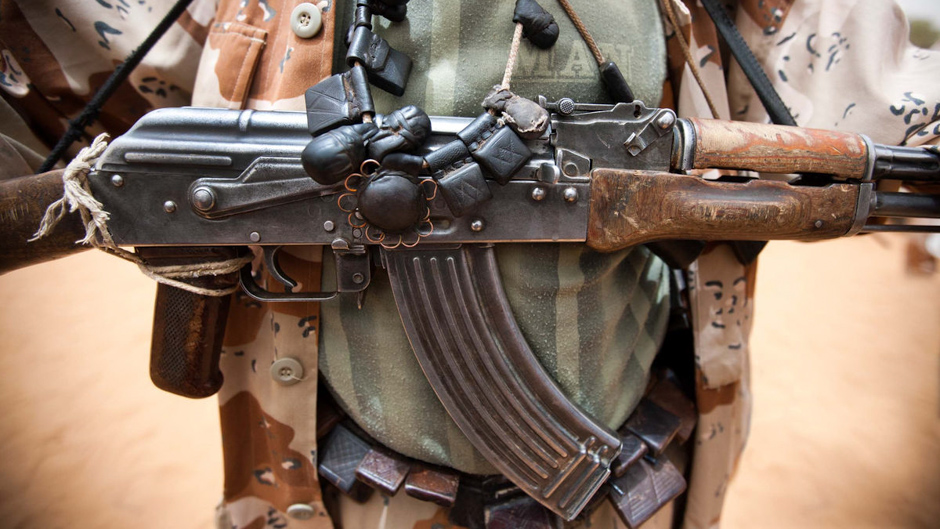 But the Resolution conspicuously fails to make any reference to the UN’s two decades of experience with disarming, demobilizing and reintegrating (DDR) other combatants. There is little sign of any effort, within the Organisation, to consider how the experiences, lessons and insights of 25 years of DDR programming might be applied to this burgeoning field of practice to counter violent extremists (CVE).

DDR itself faces an array of challenges as the result of today’s complex strategic environment, particularly the advent of global violent extremism. Increasingly, UN peace operations deploy to conflict situations in which there is little peace to keep, leaving DDR to be carried out in the shadow of ongoing military operations — many of which are targeted at the very groups DDR seeks to engage. Fragmented DDR programming is carried out by an array of national actors, international and regional organizations, and private contractors.

The fundamental question that many DDR operations are now facing is how to disengage combatants who see organised violence not as politics by other means, but as either an existential struggle or as a means to enlarging criminal rents.

Conflicts are becoming magnets for foreign terrorist fighters and inspirations for ‘lone wolves’ to carry out terrorist attacks — some of which target the UN, while others occur far from the operational theatre of conflict. The fundamental question that many DDR operations are now facing — in contexts as varied as Somalia, Afghanistan, Libya, Mali, Yemen, and even Colombia and Haiti — is how to disengage combatants who see organised violence not as politics by other means, but as either an existential struggle (e.g. the hard core of Al-Shabaab in Somalia) or as a means to enlarging criminal rents (e.g. gang members in Haiti). Can DDR be adapted to these new contexts?

Our new edited volume, UN DDR In an Era of Violent Extremism: Is it Fit for Purpose?, developed over the last year in close collaboration with the DDR Section of the UN Department of Peacekeeping Operations, seeks to begin to answer these questions. Bringing together a series of essays and field research by leading experts, the volume considers questions such as:

DDR in the shadow of military operations

In the first of her two contributions to the volume, Dr. Vanda Felbab-Brown, Senior Fellow at The Brookings Institution, examines the challenges posed for UN DDR programming when DDR is mandated to occur in the shadow of on-going military operations. Felbab-Brown explores how the alignment of DDR programming with coercive military operations may impact the UN’s perceived impartiality and effectiveness, and risk blurring the line between voluntary DDR and involuntary detention. She also considers how the involvement of myriad actors in the DDR process impacts access, monitoring, and standards. Felbab-Brown urges a serious discussion in the international community about how to balance the imperatives of DDR support, and the benefits it promises for the promotion of peace and human rights, against the dangers of being drawn into supporting compromised, or even rights-abusing, programming.

Do DDR and CVE fit together?

Next, Naureen Chowdhury Fink, Head of Research and Analysis at the Global Center for Cooperative Security, examines the relationship between countering violent extremism (CVE), terrorist rehabilitation, and DDR programming. Although these forms of programming appear broadly oriented toward the same goals and have some operational similarities, questions remain about their inter-operability: they work according to very different theories of change. DDR programming usually works at the level of group behaviour; CVE programming purports to change individual outlooks and conduct. Moreover, while CVE programming has received an enormous amount of attention of late, the burgeoning field incorporates a wide variety of disparate programmes, many of them still in the pilot stages. This, combined with extremely limited systematic assessment of their impacts, makes it difficult to draw conclusions about CVE and terrorist rehabilitation intervention outcomes. With these caveats in mind, Fink examines CVE programming and finds several areas of potential synergy with DDR programming: in the emphasis both place on the importance of family participation, in building social bonds that endure beyond programming, and in identifying legitimate interlocutors as credible messengers. The chapter highlights the need for further research into what works in CVE and terrorist rehabilitation programming.

Fink argues that “it is natural to adapt best practices and lessons from the CVE and terrorist rehabilitation fields to DDR contexts.” Yet, in our conclusion we note that the UN Secretary-General could equally be looking at three decades of DDR experience to inform the UN’s approach on how to help Member States in tackling foreign terrorist fighters and violent extremists around the world, especially as he prepares his much-awaited UN System-Wide Plan of Action on the Prevention of Violent Extremism, expected in late 2015.

Is the line between DDR and detention blurring?

In the subsequent chapter, Dr. Bruce “Ossie” Oswald CSC, a professor of law and long-time legal advisor to the Australian Armed Forces and several multinational peacekeeping missions, explores the implications of the growing potential for inadvertent overlap between detention and DDR programming. Traditionally, DDR involved voluntary participation as insurgent leaders whose groups were party to a peace agreement agreed to have their fighters decommissioned through a DDR programme. In contemporary conflict environments, such a deal is often absent: the UN and other actors involved in DDR efforts may find the participation of some combatants in nationally, locally, or privately-supported efforts to be involuntary — the result of their capture on the battlefield, or their being forced into the DDR effort under duress. This may amount to detention. Oswald considers the complex legal, operational, and security questions raised by such situations. He concludes that clearer guidance is needed for screening and facility management in these situations, and for clarification on if and how the UN should provide support for DDR programming that involves detention.

Somalia as a bellwether

In her second contribution to the volume, Felbab-Brown presents her findings from a field research trip to Somalia in March 2015. Her case study brings to life the challenges and potential perils of conducting DDR programming in today’s conflict environment. Based on extensive interviews with over 60 stakeholders, including demobilized Al-Shabaab fighters currently participating in DDR programs there, Felbab-Brown examines the difficulties of ensuring DDR standards, transparency of process, and monitoring and control in the context of limited resources and national or locally-owned DDR programs. Her study’s findings raise serious questions that must be asked before continued support is provided to flawed DDR processes — concerns not limited to Somalia. Indeed, the challenges and dilemmas outlined herein are likely to characterize many of the UN’s current and future DDR efforts. Felbab-Brown urges the UN to consider improvements to monitoring, standards, and access, but ultimately comes down in favour of continued UN engagement on DDR processes in Somalia, which, although remaining problematic, have improved significantly as a result of UN involvement to date.

Making DDR fit for purpose in an era of violent extremism

In the concluding chapter, we point to a range of cross-cutting operational and strategic concerns impacting DDR in these contexts:

Drawing on the volume’s chapters, we highlight the complex human rights issues that are emerging in DDR contexts, particularly where the UN is providing support to local and regional security forces engaged in DDR. In Somalia, this even appears to include the issues of arbitrary detention; forced labour; mistreatment of participants, notably children; and possibly even torture. We argue for treating DDR in such contexts as a question of ongoing but principled engagement between the UN and local and national actors, using the UN Human Rights Due Diligence Policy, as a starting point.

Ultimately, we suggest that Member States need to adapt DDR to the context of violent extremism by developing a new conceptual and practical approach for demobilizing and disengaging from violent extremism (DDVE). We suggest that this should rest on three legs that would better equip the UN to support both DDR efforts in the field, and Member States’ efforts to deal with foreign terrorist fighters under Resolution 2178:

Can the UN Demobilize and Disengage Violent Extremists? by James Cockayne and Siobhan O’Neil is licensed under a Creative Commons Attribution-NonCommercial-ShareAlike 4.0 International License.