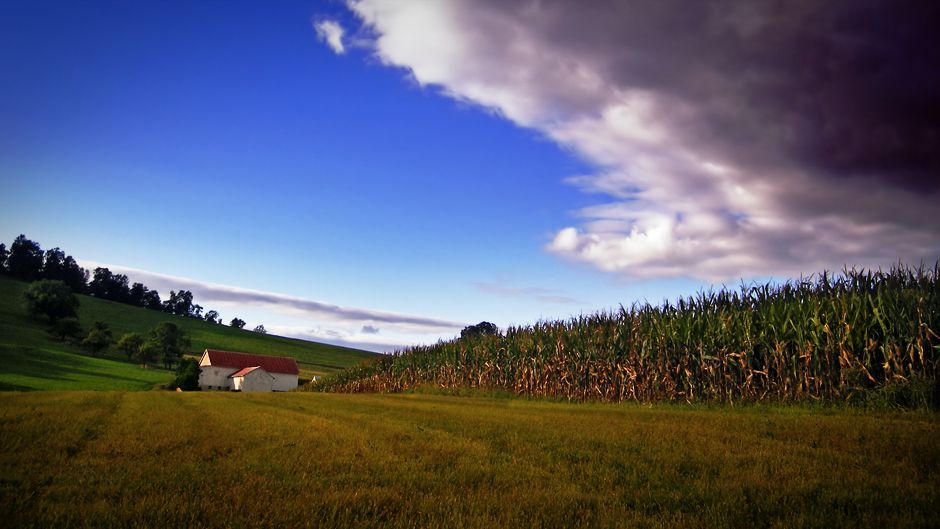 Every minute of every day, our global family welcomes 255 babies into the world. That’s 134 million new mouths to feed every year, for a total population increase of 2.2 billion in the next thirty years.

Hugh Grant, the CEO of agricultural giant Monsanto, often cites the world’s booming population as the core reason global citizens should embrace the genetic engineering of plants to make them resistant to herbicides, pesticides or bestow them with other traits that theoretically permit higher crop yields. Grant, and many others, seem quite certain that without genetic intervention, the world population is destined to starve.

Upon closer inspection however, this ‘get-on-board-or-perish’ position is not as solid as it might seem. The Union of Concerned Scientists reminds us that there exist traditional ways to boost crop yield, and further, that more productive crops are only a small part of the solution to the world’s food woes. Even more key are things such as lack of income to buy food, trade policies that disadvantage farmers in the developing world and lack of inputs such as fertilizer or water.

Indeed, on the ground, there is evidence that Monsanto’s genetically modified (GM) crops are not guaranteed salvation. When they fail to produce the yields promised by the company’s advertising, and with farmers not permitted to save seeds due to the company’s patent, entire communities in places like India can be pushed to the brink of starvation.

Feeding the world’s hungry aside, genetically modified products have been the target of various concerns. The World Health Organization summarises those regarding biodiversity, as follows:

“Current investigations focus on: the potentially detrimental effect on beneficial insects or a faster induction of resistant insects; the potential generation of new plant pathogens; the potential detrimental consequences for plant biodiversity and wildlife, and a decreased use of the important practice of crop rotation in certain local situations; and the movement of herbicide resistance genes to other plants.”

[On that last point, it has recently come to light that there are weeds and pests that have grown resistant to Monsanto’s continued attempts to subdue them. ]

For all these reasons and more, activists often cry foul against Monsanto, using words such as ‘evil’, and ‘deceptive’. To this proponents of Monsanto respond that, just like any other company, it exists to make money for its shareholders.

Both positions seem rhetorical, and the final decision ultimately falls to the individual, but is there enough information available to the average shopper? Is it even possible to avoid Monsanto? Monsanto’s products are so ubiquitous here in the United States that average Americans support the company with almost every bite of food they consume, without ever being aware that they are doing so.

My month without Monsanto

In the spring of this year, I decided that I wanted to know exactly how much of my food originated with the agricultural giant. To learn how far Monsanto reached into my life, I attempted to avoid all Monsanto products for one month.

In the US, Monsanto owns 90 percent of soy, 85 percent of corn, and 95 percent of sugar beets — all genetically modified. Avoiding the components of processed food that are made from these products immediately meant that the majority of goods from the supermarket went onto my NO list. What’s more, most meat and dairy were off limits, as everything from cattle to salmon are fed Monsanto corn.

[quote quote=”The company’s seed library dominates the market so much that American farmers, even organic farmers, have little choice but to buy from them.” type=”image” image=”2048″ photoquoteauthorurl=”http://www.flickr.com/photos/peterblanchard/3061822169/” photoquoteauthor=”Peter Blanchard”]

Then I learned that Monsanto has been buying up seed companies for over a decade, to build a position in the market that may be considered a monopoly (hence the anti-trust probe by the US Department of Justice that is currently underway). When Monsanto purchased Semenis, just one of its many subsidiary seed companies, it gained control of an estimated 40 percent of the US vegetable seed market in one go — from peppers to peas, lettuce to lima beans.

The company’s seed library dominates the market so much that American farmers, even organic farmers, have little choice but to buy from them. In my attempt to avoid Monsanto, the only way to know what I should consume was to know who owned the seed that any given food came from.

What began as a curious peek behind the curtain became an all-consuming attempt to find something to eat. I spent whole days, then weeks, tirelessly tracing simple foods back to their seed source. I made contact with Greg Massa, a rice farmer who prides himself on his farm’s Monsanto-free status. The CEO of Annie’s Inc. confirmed that the company’s organic Macaroni and Cheese is also devoid of Monsanto ingredients.

I visited my local farmer’s market, asked the organic farmers about where they bought their seeds and stocked up on non-Monsanto produce. I bought meat and dairy products from farmers raising grass-fed livestock. Bit by bit, my menu expanded. It was in no way lavish, but by the end of the month I was eating a healthy balanced diet of mostly rice, meat and veggies.

Considering that it is so difficult to steer clear of Monsanto’s products, should we just accept genetically engineered food as our global solution and get on with feeding the hungry? The facts are still being collected, debated and weighed (as evidenced by this week’s Supreme Court ruling.)

In his book How to Grow More Vegetables Than You Ever Thought Possible on Less Land Than you Can Imagine author John Jeavons describes what he calls ‘mini-farming’, an organic farming method which yields an average of 2 to 6 times the output of standard American agriculture. Every person on the planet, says Jeavons, can feed themselves with just 100 square feet of well-managed land.

In 2008 the UN Conference of Trade and Development supported organics, saying that ‘organic agriculture can be more conducive to food security in Africa than most conventional production systems, and… is more likely to be sustainable in the long term’.

At the same time that more and more data is pointing toward organics and away from the giant mono-crop farming that embraces genetically modified foods, unflattering data on American-style agriculture continues to mount.

In 2007, the US used five times more fertilizer than it did in 1960, with crop yields lagging far behind, at an estimated fifty percent increase. Polluting pesticide use is at an all time high while more crops are lost to pests now than six decades ago. More and more scientists are getting behind the argument that industrial agriculture is simply unsustainable.

While the question of how to feed the world’s hungry still looms, it’s clear that the answer is not rhetorical — it’s scientific. As a global community it is time to look honestly at the facts about how our food is grown.

As individuals, if we don’t like the way big business is running things, we have the power to create change with every meal we eat. Each year we have 134 million new reasons to do so.

For more information on the Month Without Monsanto project visit http://www.monthwithoutmonsanto.com, or join the conversation on the Facebook page.

Can We Feed Our World Without Monsanto? by April Davila is licensed under a Creative Commons Attribution-NonCommercial-ShareAlike 3.0 Unported License.

April Dávila is a freelance writer living and working in Los Angeles. You can find out more about her work here at http://www.AprilDavila.com.