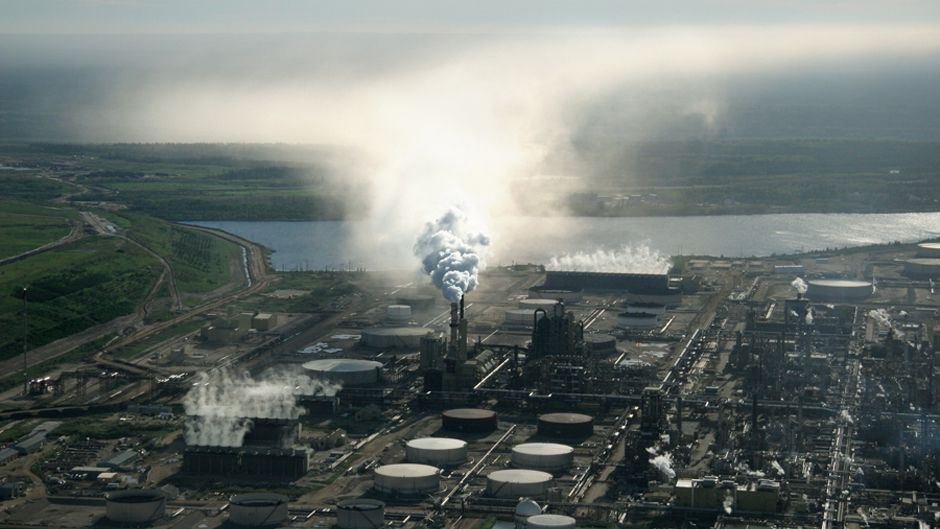 With the topic of peak global oil production moving more into the mainstream, you have perhaps heard of the Canadian oil sands. There, huge tracts of remote forested land are strip-mined to obtain a type of thick crude oil called bitumen. The country’s main deposits are found mostly in the western province of Alberta and cover over 140,000 square kilometres — an area larger than England.

According to a recent report by Richard Heinberg, entitled Searching for a Miracle, the only advantages of the oil sands over conventional petroleum are (1) large amounts remain to be extracted and (2) Canada is geopolitically close to and friendly with the biggest importer of oil — the United States.

Extracting and refining this hydrocarbon, however, is “the most polluting and carbon intensive oil process on earth, draining wetlands, diverting rivers and stripping all trees and vegetation from the forest”, according to International Boreal Forest Conservation Science Panel. This led the UN special advisor, Maude Barlow, to describe the landscape of the oil sand development in Canada as reminiscent of J.R.R. Tolkein’s Mordor. 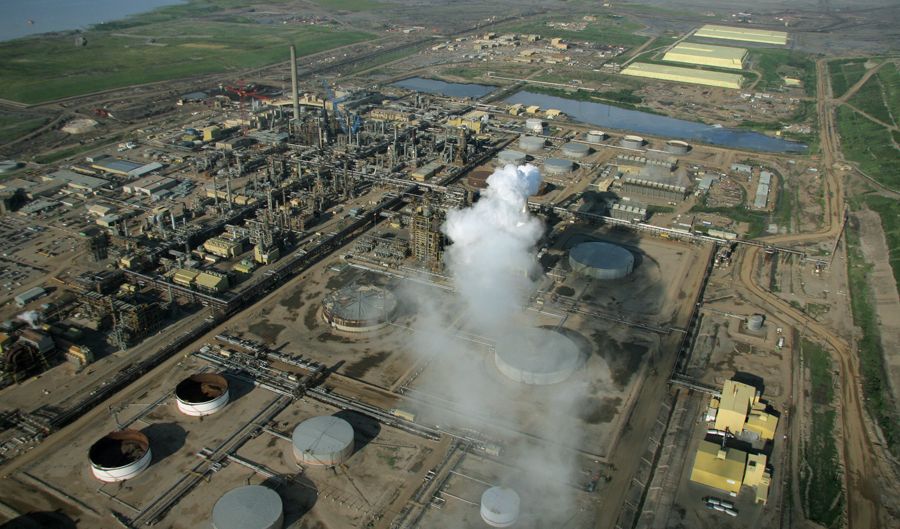 Syncrude’s Mildred Lake facility is one of the oldest in operation at the tar sands. ©Greenpeace / Eamon MacMahon.

Historically, raw bitumen was used by the indigenous Cree and Dene peoples to waterproof their canoes. European fur traders first discovered the resource in the early 18th century and Canada’s colonists soon began experimenting with techniques to separate and upgrade it. It wasn’t until 1967 that the first commercially viable Great Canadian Oil Sands (now Suncor) plant opened, using surfactants in the separation process.

Today, the scale has grown and the technology has much advanced. Before looking at the implications and drivers of this controversial practice, here is a breakdown of the complex process of extracting fuel from the oil sands.

How oil is forced from the sands

Even from that brief overview of the process, it is obvious that the environmental and social impacts of exploiting the oil sands are vast and too numerous for us to detail in one brief article. Here is a list of examples and places to find more in-depth information. 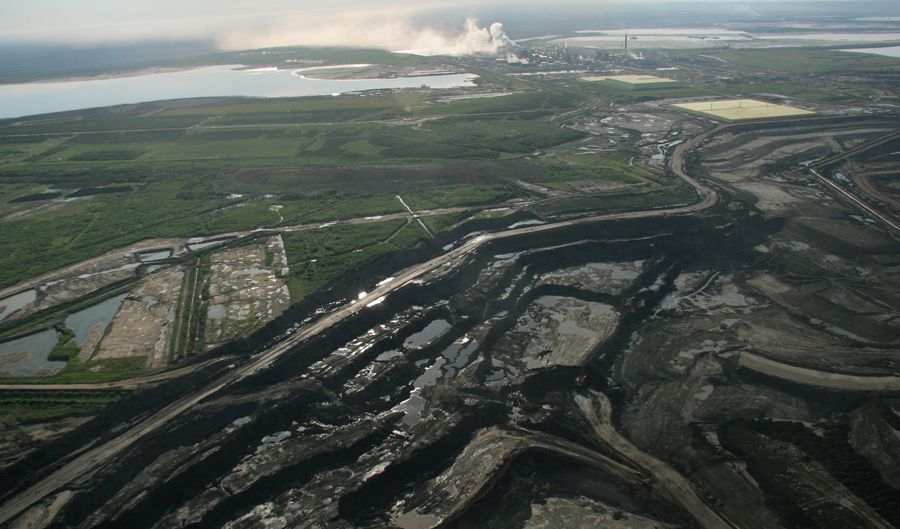 Perhaps it is hard for Canadians, or any of us, to imagine the sheer scale of the oil sands. A new Greenpeace-produced film called Petropolis, shot primarily from a helicopter, offers us the most frightening view so far. The photos for this story are used with permission of Petropolis.

The oil sands area includes much boreal forest. Clear cutting of these remove sinks that would absorb future carbon and could release billions of tonnes of stored CO2 into the atmosphere.

As we mention in the description of the process, oil sands production requires an enormous amount of water (4 barrels of water for each barrel of oil). Further, the toxic tailings ponds — where the contaminated water leftover from pre-processing the bitumen is stored — pose disturbing health and environmental risks. Cancer-causing pollutants contained in this sludge migrate through the groundwater system and leak into the surrounding soil and surface water.

Another film, H2Oil,  is a character-driven documentary that tells the stories of those suffering and those attempting to defend water in Alberta against tar sands expansion and the heartbreak and politicization they face.

Alberta is home to 44 First Nations indigenous groups. Many are being affected by the oil sands’ development, suffering consequences that range from land rights or health issues to loss of livelihood.

One example is a legal challenge by the Beaver Lake Cree Nation that maintains the boom in tar sands extraction is destroying their hunting and fishing lands. They say that caribou, elk, moose, deer and other animals are disappearing or infected with diseases, fish stocks are damaged by water pollution, and plants used for traditional medicine are under threat.

Today, exploitation of Canada’s “dirty oil” is nonetheless set to continue, against the myriad impacts and the fact that producing it emits much more greenhouse gas than conventional crude oil does. Shell admits to emitting 15% more in their oil sands operations but estimates go as high as 75%. (This is why some caution that more data and lifecycle analysis is needed.)

Of course getting oil from the sands is expensive. But then again, in a world of dwindling oil supplies and ever-mounting world demand, cheap oil is a thing of the past and the oil addicted don’t seem to mind. 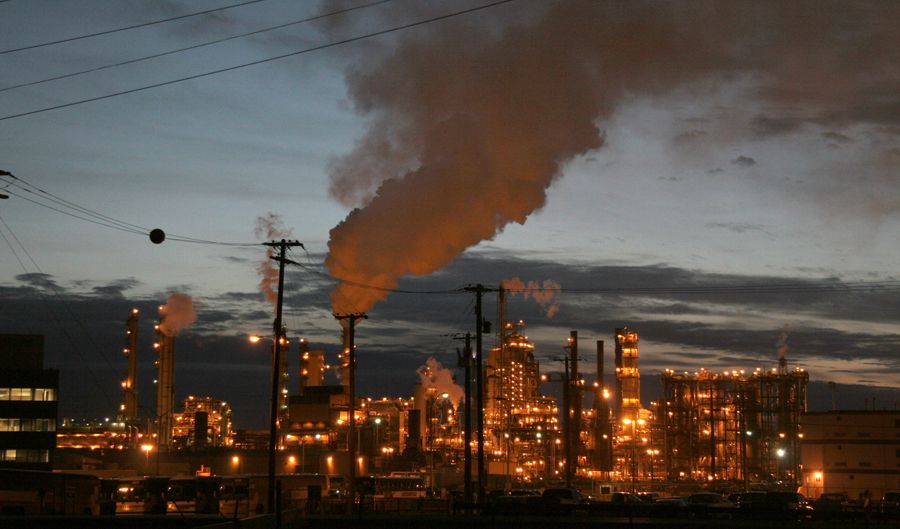 In fact, the International Energy Agency’s recently released World Energy Outlook 2009 report predicts long-term growth for Canada’s oil sands production climbing to 5 million barrels a day by 2030. But Heinberg in Searching for a Miracle argues that “the environmental costs of expanding production to this extent may be unbearable.”

Canada’s oil sands are an ideal “investable” location for privately owned, largely foreign (particularly US) energy companies, for such a thing requires “a compliant host government to allow you to wring profits from the devastated landscape.” This according to authour Jeff Rubin, former chief economist and chief strategist at CIBC World Markets, who very clearly explains the world’s current oil market situation in his book Why Your World Is About to Get a Whole Lot Smaller.

“We believe that Canada is a pillar in the energy security of the United States,” the U.S. ambassador to Canada recently said while visiting Alberta. And surely the world’s biggest economy, which consumes almost the entire sum of Canada’s energy exports, is a prized customer that both the Albertan and the federal governments are reluctant to refuse.

“To be frank on the oil sands, we’ve got to do a better job environmentally. We hear a lot of pressure on that,” Canadian Prime Minister Stephen Harper said. “At the same time, the development of these things is pretty important, in our judgment, to North American energy security.”

Chances therefore seem high that oil sands emissions will continue to spiral up, despite oil companies claimed efforts to reduce “emissions intensity“, since expansion is definitely on the horizon as oil prices begin to rise.  Canada’s government has delayed passing climate legislation, instead unveiling a plan in 2007 that advocated intensity based caps on large emitters and implementation of carbon capture and storage in the oil sands industry. The plan, considered a ‘lame duck’ by environmentalists, was even criticised by the country’s own Environment Commissioner and was abandoned early this year. It has yet to be replaced. 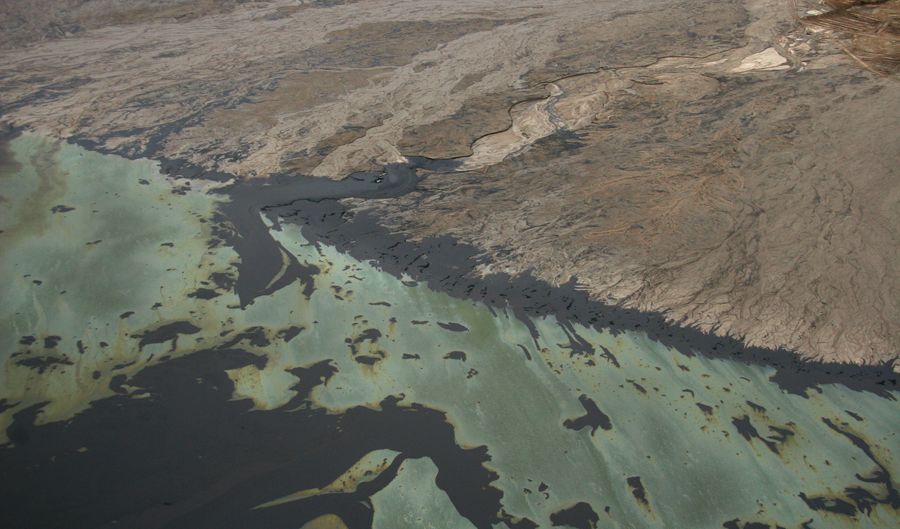 “Canada is now effectively waiting to see what sort of climate change policy the Americans will come up with,” award-winning Canadian journalist and author Andrew Nikiforuk told us by e-mail. In his book, Tar Sands: Dirty Oil and the Future of a Continent, Nikiforuk is brutal when summarising the situation:

“A business-as-usual case for the tar sands will change Canada forever. It will enrich a few powerful companies, hollow out the economy, destroy the world’s third-largest watershed, industrialize nearly one-quarter of Alberta’s landscape, consume the last of the nation’s natural gas supplies, and erode Canadian sovereignty.”

Would this not be a good time for Canada to focus on the advantages of clean and renewable energy development and of exports of same to that superpower to the south?