Cassandra Science at Planet under Pressure 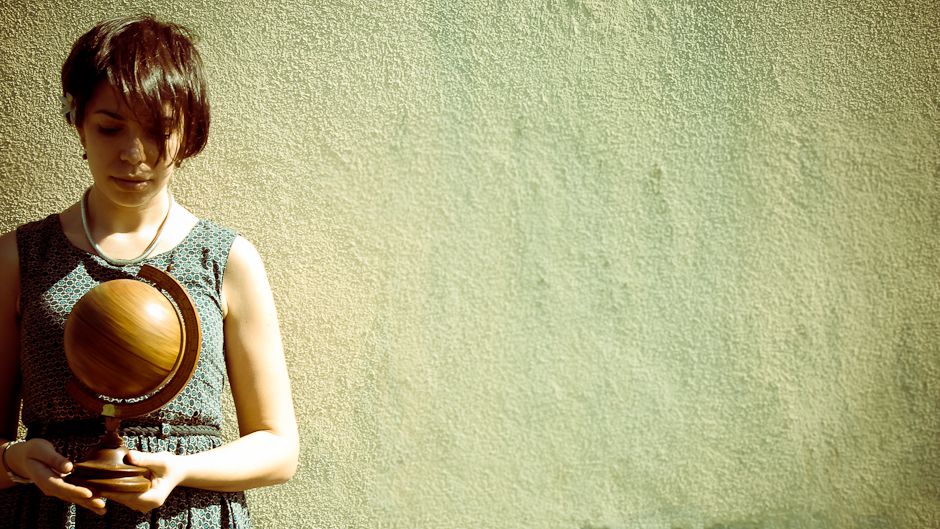 At the Planet under Pressure conference in London at the end of March, it was difficult to avoid thinking of an additional pressure to the ones treated at the conference: the pressure of scientists trying to get the message across.  Their insights tempt them to play the role of Cassandra, the ancient Greek beauty who was granted the gift of prophecy, but who was cursed so that nobody would believe her.

The body of knowledge in Earth System Sciences in the broadest sense, is impressive. Yet, most scientists at Planet under Pressure feel their knowledge is hardly translated into actions. Below the surface, frustrations can easily be sensed.Frustration may provoke scientists to even stronger formulate their messages, and choose words that fit better in the realm of societal and political discussions than in the scientific domain: ‘We must’, ‘we should’, ‘an imperative to act’, ‘we can no longer afford waiting’ and comparable phrases are frequently used to mask frustrations.

[quote quote=”Frustration may provoke scientists to even stronger formulate their messages, and choose words that fit better in the realm of societal and political discussions than in the scientific domain.” type=”text” ]

My take is: they don’t; most scientist don’t even really understand the nature of politics and policy-making processes. And to the extent that they do, they are doing a lousy job in terms of lobbying and influencing the public and policy debate. Otherwise, more scientists would realise that overstating is not really effective in getting the message across.

The risk of being perceived as someone pursuing a political agenda is one pitfall, a second one is reinforcing communication efforts without changing the nature of the communication. “We should communicate more/better”, is quite often heard. The underlying assumption is that giving more and better information will lead to better listening and different choices.

However, if you do what you always did, you’ll get what you always got. People just don’t change their convictions and belief systems, let alone their decisions and actions, on the basis of more information.

Interesting enough, some psychologists and sociologists gave exactly that message at the Planet under Pressure conference, in a couple of parallel sessions, such as the one chaired by prof. Heinz Gutscher. Cooperation and collective action builds on trust, said Gutscher, and if that is lacking, giving ever more information has zero or even counterproductive effects.

The third pitfall may even be more problematic: communicating science in terms of imperatives actually undermines the politicians’ sense of responsibility. Although some politicians may be risk averse, the key role of politicians is to choose, not to blindly follow someone else’s view. Who would need politicians if science would automatically lead to policies? It doesn’t.

[quote quote=”There were some good examples of presenting the science in a more open way, in terms of a variety of options and their consequences, and including the scientific uncertainties.” type=”text” ]

Therefore, imperatives can easily be laid aside, and are likely ineffective. They disempower politicians, instead of addressing them in their key role and responsibility: choosing and negotiating options.

There were some good examples of presenting the science in a more open way, in terms of a variety of options and their consequences, and including the scientific uncertainties. A subsession on fisheries and oceanic ecosystem governance demonstrated that: a science-based mapping of goals, options, timing and uncertainties made clear what the actual choices are, and helps making progress in decision-making, even in a situation where governance is still ruled by the 1609 pamphlet Mare Liberum (The Free Sea) by the Dutch philosopher and jurist Hugo Grotius.

The best and most effective ways of communicating science therefore seem to be those that separate knowledge from decision, that provide policy-makers with options instead of imperatives, and with ‘what if’ instead of ‘will happen inevitably’.

These three pitfalls tend to reinforce themselves: the more is known, and the more frustrated scientists get by not being heard, the more tempted they may be to overstate, to provide even more information, and to use imperatives, all by all lowering communicative effectiveness. Cassandra indeed, and highly applicable to the Earth system science brought to the table at Planet under Pressure.

The way Wikipedia puts it in the Cassandra lemma could be the motto of a next Planet conference: She (Cassandra, or: planetary science) “is a figure both of the epic tradition and of tragedy, where her combination of deep understanding and powerlessness exemplify the ironic condition of humankind”.

Cassandra Science at Planet under Pressure by Jan Paul van Soest is licensed under a Creative Commons Attribution-NonCommercial-ShareAlike 3.0 Unported License.

Jan Paul van Soest is a sustainability strategy consultant, entrepreneur and ‘idea developer’. Key to his work is the insight that our economy can only flourish and sustain if its impacts on nature and environment do not exceed the natural resilience of ecosystems. He has almost 30 years of experience in this field. He is and has been member or chair of a variety of companies, organisations and committees, currently Triodos Bank Green Investment Fund, the Centre for Agriculture and Environment, Gelderland Nature and Environment Association, and Energy4All Foundation. Jan Paul co-created Carbon Stars, a company that helps to develop and finance innovative energy- and climate-oriented ventures. He has authored and edited numerous publications, including Earth Fever (with Judy McAllister and Erik van Praag) and Biodiversity – Challenging Business (with Steven de Bie).