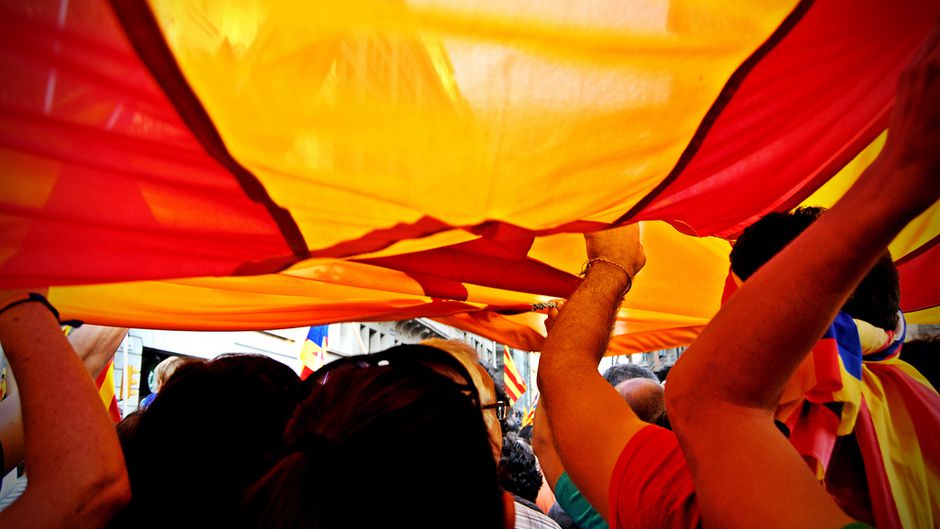 When a country and a particular region within it share a long-standing point of friction, it can colour the internal politics between the two. Indeed, this is the case with Spain and Catalonia — one of Spain’s 17 autonomous communities. In recent years, such tension has lead many unrelated policy areas to become caught in the crossfire of a Catalan drive for a self-determination referendum.

A recent example relates to home affairs policy and the deportation of the director of the Catalan regional government-backed foundation, Nous Catalans (New Catalans), that works for the integration of immigrants in Catalonia. Spain’s Center for National Intelligence in 2013 deemed Noureddine Ziani a “threat to national security” because they alleged that he collaborated with the intelligence service of a foreign government and had links to Islamist extremists. Other conspiracy-minded observers even suggested that he could be a spy for the Moroccan government. It all came back to the forefront of mainstream political debate in the spring of 2015 after Spain’s Minister of Interior Jorge Fernández Díaz made inflammatory comments linking Nous Catalans with the independence movement and terrorism. This occurred in the wake of arrests of alleged extremists in Catalonia in early April 2015 and resulted in a war of words between the Minister and Francesc Homs, spokesperson for the Catalan Generalitat. This has both negatively politicized the representatives of the Muslim community and the important work of integrating immigrants, bringing identity politics to a new low in Spain.

Nous Catalans — and in particular Ziani — seem to have suffered from the perfect storm of a variety of issues being hot on the political agenda: terrorism by Islamic fundamentalists, migration from the Mediterranean, the Catalan independence movement and the subsequent backlash from the Spanish central government. One thing that ties all of these together is how they all link to identity: the battle for Catalan identity, the battle to maintain the status-quo of Spanish identity, the effort to integrate immigrants into Catalan identity and the stigmatization of immigrant communities of Muslim faith.

Identity politics between Madrid and Barcelona

Internal politics in Spain, as in many parts of the world, are coloured by the use of identity for political gains. In Spain, the regions of Catalonia, Galicia and the Basque Country have historically had the strongest sense of their own identity, and this sense has flourished since the democratic transition. With regional governments, parliaments and public institutions, there are regional power structures in Catalonia and other regions. This naturally results in power politics being played out between regions and the central state. Furthermore, the strong sense of identity that many Catalans share was no doubt strengthened by the Franco dictatorship (and earlier ones) that imposed a concept of unitary Spanish identity where other languages were banned.

Due to the power structures and the importance of language, identity politics in Spain often plays itself out on issues of power and competences, as well as language. In the modern case of Catalonia, it this recent bout of identity politicking can be traced back to the massive street protests following the striking down of a new Catalan Statute of Autonomy by the Spanish Constitutional Court in 2010. This discontent, coupled with the intransigence of the ruling Partido Popular, and influenced by popular frustration as a result of the economic crisis, has lead to a wave of secessionist sentiment resulting in calls for Catalans to have a “right to decide”. Since then, the Spanish government has refused these calls, which effectively meant that the planned referendum on independence of 9 November 2014 was in reality no more than a(nother) protest.

Now, the regional elections set for 27 September 2015 have been turned into plebiscitary elections on the independence question. With this continuous push from the Catalan government and the continued intransigence from Madrid, relations have worsened, dialogue has stopped and unrelated policies are getting caught in the crossfire, such as immigration.

Immigration in Spain and Catalonia

Since the democratic transition, and especially up until the recent economic crisis, Spain has become a destination country for immigrants. Catalonia receives a large share of these newcomers due to the relative strength of its economy and its Mediterranean location. The crisis proved tough on Spain, provoking a jump in the emigration of Spanish nationals and the departure of a large number of migrants (principally returning to Latin America) who the OECD has shown are among those hit hardest by the crisis. Indeed, the country’s net immigration in 2013-2014 was negative due to a 22.7% increase in emigration, as well as a 4.3% drop in immigration.

Over recent years, immigration has been highest from Romania and from Morocco, despite the recent dip during the crisis. This dip has been fairly uniform across the different regions of Spain, but for 2013 to 2014 Catalonia’s was the second largest (-0.92%), highlighting how the region was particularly hit by the crisis. Figures for that same period show that the region has seen a 6% drop in foreigners. Nevertheless, foreigners still make up 14.5% of the Catalan population, above the general proportion for the rest of Spain, which is 10.7%.

There were over a million new immigrants who arrived over the course of 2000 to 2011. The Moroccan community is the largest immigrant community in Catalonia (226,818), accounting for over one-fifth (20.8%) of all immigrants. To put this into context, it is more than twice as large as the Romanian community (which until recently had the benefit of free movement following Romania’s accession to the EU) and between 5 and 10 times bigger than all other significant immigrant communities.

These statistics show the increasing importance of immigration for Spain and Catalonia especially. Therefore, it is clear that Catalonia, in line with its regional competences, was keen on developing an effective integration policy in general and particularly for the sizeable Moroccan community. A regional strategic agreement in 2008 described language as being a cornerstone to this policy, noting an “essential role for the Catalan language as a key factor for social cohesion”.

With the aforementioned migration profile of Catalonia in mind and a strong Catalan integration policy with language as a key pillar, it is not surprising that an association such as Nous Catalans was created with the backing of the Catalan government and with a prominent role being played by the Moroccan community. With its headquarters in Santa Coloma de Gramenet, Nous Catalans is essentially a social centre that organizes activities and gets people, communities and associations together. It houses other organizations devoted to integration such as an organization focused on integrating immigrants from the Maghreb. Whatever the ins and outs of Ziani’s affiliations, the important work Nous Catalans conducts for the integration of immigrants has been shamelessly smeared.

Most worryingly of all in this plethora of identity politics is what appears to be a Spanish attempt to create a common “other” — in this case immigrants who are being connected to terrorism — thus reinforcing the role of the central government in providing security. The way this case has unfolded has shown that the political grudge between Catalonia and Spain knows no boundaries.

Alex Lazarowicz is a research assistant at the United Nations University Institute on Globalization, Culture and Mobility (UNU-GCM). He is an EU migration policy analyst, with experience in Brussels through working at the European Policy Centre, and at the Polish Permanent Representation to the EU during Poland’s Presidency of the EU. Lazarowicz holds a Masters degree in International Studies and Diplomacy from the School of Oriental and African Studies, University of London. He is working on a co-authored report with UNU-CRIS on mobilities in the Mediterranean after the Arab uprisings.