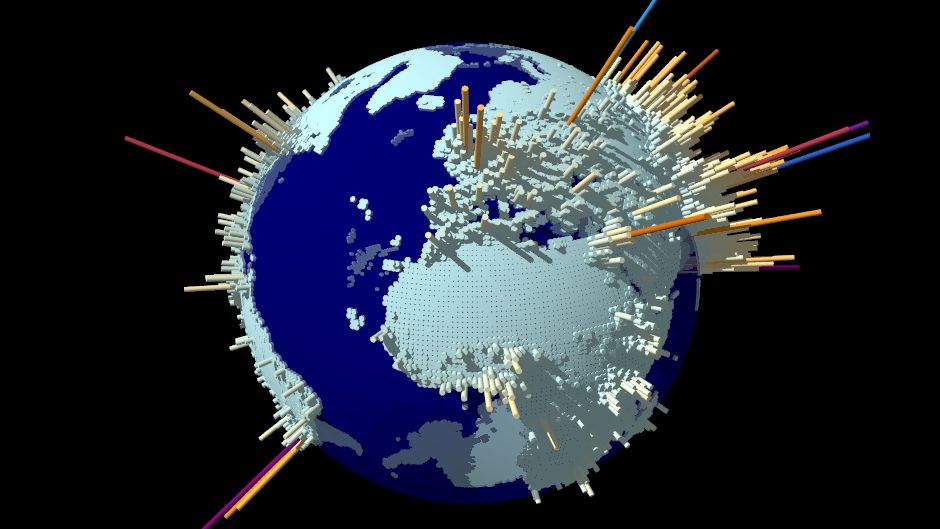 Member States today kicked off a week-long assessment at United Nations Headquarters of action taken over the past 20 years to improve people’s lives and address population issues amid changes in ageing, fertility, mortality, migration and urbanization.

That conference established that increasing access to health and education, and protecting human rights, especially those of women and adolescents, would help secure a better social and economic future and lead to more sustainable population trends.

In the midst of much human progress, the continued exclusion of some groups and the potential for serious environmental damage put these gains at risk. And changing age, household and family structures as well as rapid urbanization and migration pose new challenges, Secretary-General Ban Ki-moon said.

Secretary-General Ban Ki-moon noted that with the ICPD Programme of Action, Governments set out an ambitious agenda to deliver inclusive, equitable and sustainable development. “Over the past two decades, this agenda has contributed to significant advances,” he said in a message to the Commission that was delivered by Deputy Secretary-General Jan Eliasson.

“Fewer people are living in extreme poverty. Gender equality and the empowerment of women are gaining ground worldwide. More people are living longer, healthier lives. More girls are in school. Fewer women are dying in pregnancy and childbirth. There are more laws to protect and uphold human rights.”

Yet, in the midst of this human progress, the continued exclusion of some groups and the potential for serious environmental damage put these gains at risk, Mr. Ban continued. Moreover, changing age, household and family structures as well as rapid urbanization and migration pose new challenges for human development.

“We have an urgent responsibility, to invest in creating opportunities and a supportive environment for innovation and entrepreneurship for persons of all ages, in particular for young people. It is crucial to invest in their health and education and to review legislation, standards and practices that restrict their full participation in and access to sexual and reproductive health services.”

The IPCD Global Review Report, issued by the UN in February, pointed out that much remains to be done on a range of issues, including the enormous inequalities that remain in the realization of human rights and access to vital services, as well as new challenges and opportunities related to population growth, changing age structures, rapid urbanization and migration.

“Our statistics show that there has been progress, but there is no time to rest,” said Wu Hongbo, Under-Secretary-General for Economic and Social Affairs. “People are at the heart of sustainable development. We need to address population issues urgently, as few factors will shape the global development agenda as fundamentally as the size, structure and spatial distribution of the world’s population.”

Since 1994, the global population has grown from 5.7 to 7.2 billion. Despite slowing population growth, UN projections suggest the world’s population could reach 9.6 billion by 2050, with most of the increase concentrated in the poorest countries.

According to a report prepared by the Secretary-General for the Commission, the current state of the world’s population is one of unprecedented diversity and change, as reflected in new patterns of ageing, fertility, mortality, migration and urbanization.

“Now is the time to reaffirm the core message of the ICPD — that individual dignity and human rights are the path to a resilient, sustainable future,” said the Executive Director of the UN Population Fund.

This rise in diversity was echoed by Babatunde Osotimehin, Executive Director of the UN Population Fund (UNFPA) who said that the General Assembly resolution that had launched the review process had clearly recognized the importance of ICPD for development and for the post-2015 agenda. The findings of the review provide profound and wide-ranging evidence of these links.

“By bridging individual dignity and rights with collective sustainability, the Cairo Agenda, its subsequent implementation and the framework for action of the review can help guide the way to achieving many of the aims of the post-2015 process and sustainable development,” he said, declaring: “Now is the time to reaffirm the core message of the ICPD — that individual dignity and human rights are the path to a resilient, sustainable future.”

General Assembly President John Ashe noted that persistent gaps and barriers have continued to delay the IPCD objectives of achieving dignity and well-being for all.

In remarks delivered by his Chef de Cabinet Paulette Bethel, the President highlighted several key lessons from the reports that are before the Commission’s current session, including the need to continue to work towards the elimination of discrimination and marginalization to ensure that all people, men and women, young and old can unleash their full potential.

Among other lessons is the fact that progress towards gender equality and the empowerment of women and girls is, in spite of some gains, slow and uneven, and that it is vital to prepare for the challenges of society’s growing ageing population.

According to a news release on the Commission’s opening, older persons are the world’s fastest growing age group. The number of people over age 60 almost doubled between 1994 and 2014, and older persons today outnumber children under the age of five. Globally, the share of older persons is expected to reach 21 percent by 2050.