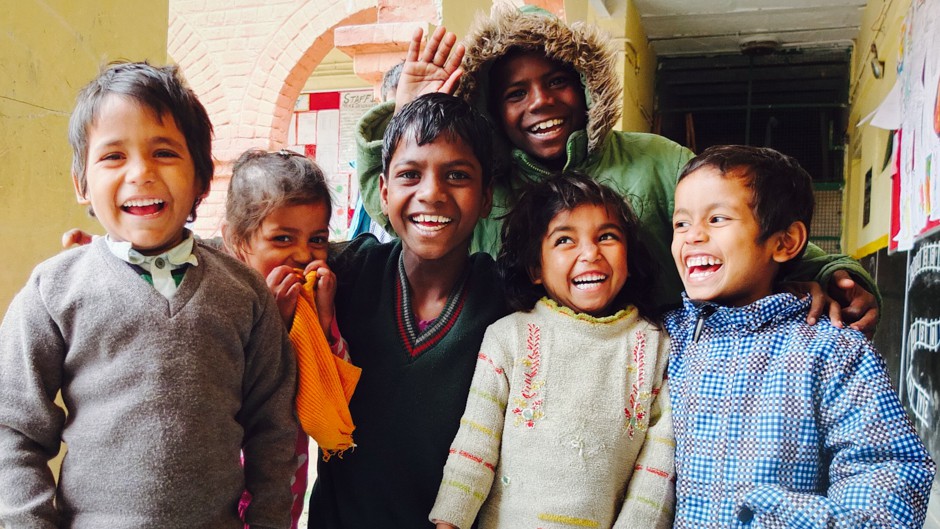 There are approximately 100,000 homeless people living in India’s capital and half of them are children. They set up makeshift tents, sleep in the open air, under bridges, on mattresses, rudimentary beds or blankets.

According to some estimates, less than 3,000 of New Delhi’s street kids are reached by governmental initiatives or NGOs and when they are, they may face being institutionalized or are simply offered temporary assistance only to end up returning to street life. An even lower number of street children receive mainstream education. 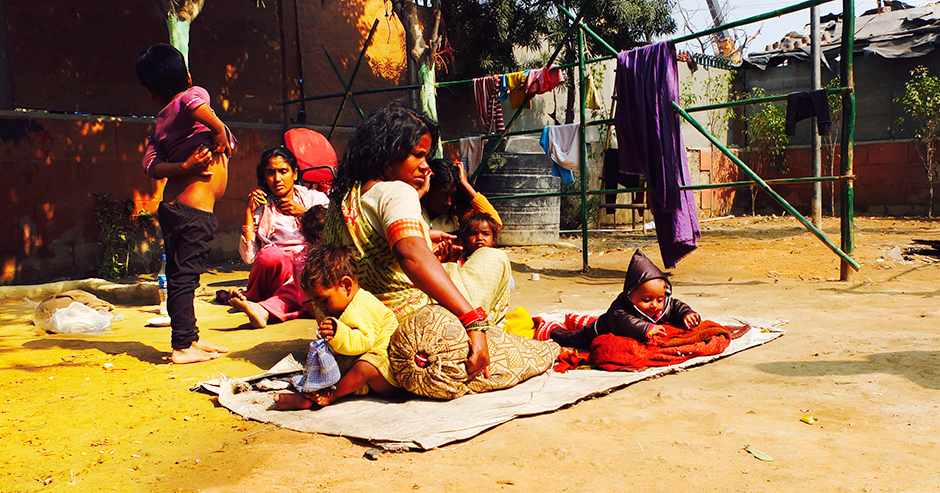 Many of them dwell near Jama Masjid Mosque, which sees a high concentration of New Delhi’s homeless.

The Jama Masjid Mosque is also my first stop on a visit where I accompany a team of fieldworkers who work with street children in New Delhi. They are part of the Dil Se Campaign (“dil se” means “from the heart” in Hindi) — a rather unique collaboration involving India’s national programme for achievement of universalization of elementary education, the Government of Delhi, the Center for Equity Studies and NGO Aman Biradari that “strives to create a community that is sensitive and responsive to the needs of children who live on the streets”.

It is in spots like the Jama Masjid Mosque area that the fieldworkers try to establish a relationship of trust with homeless children, encouraging them to visit and stay in one of their non-custodial homes or “Sneh Ghars” for boys and “Rainbow Homes” for girls. 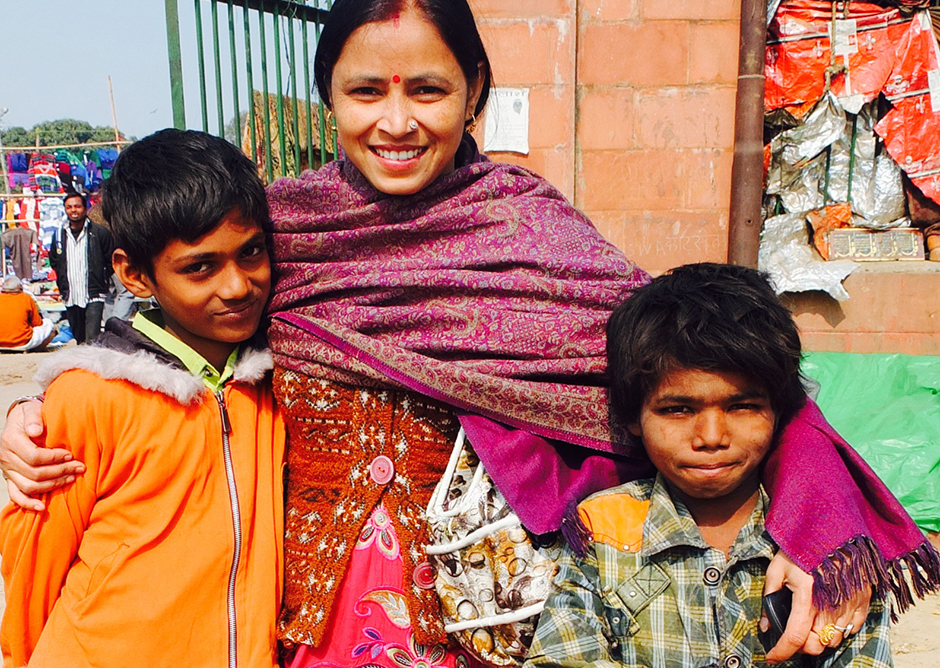 Fieldworkers like Poonam try to establish a base of trust with street children. Photo © Anita Cohen Michalkiewicz.

Organizations that work in this field make a distinction between children “on” and those “of” the streets. The latter refers to children who do not have an adult guardian or a home and resort to begging to earn money. These children are most at risk. 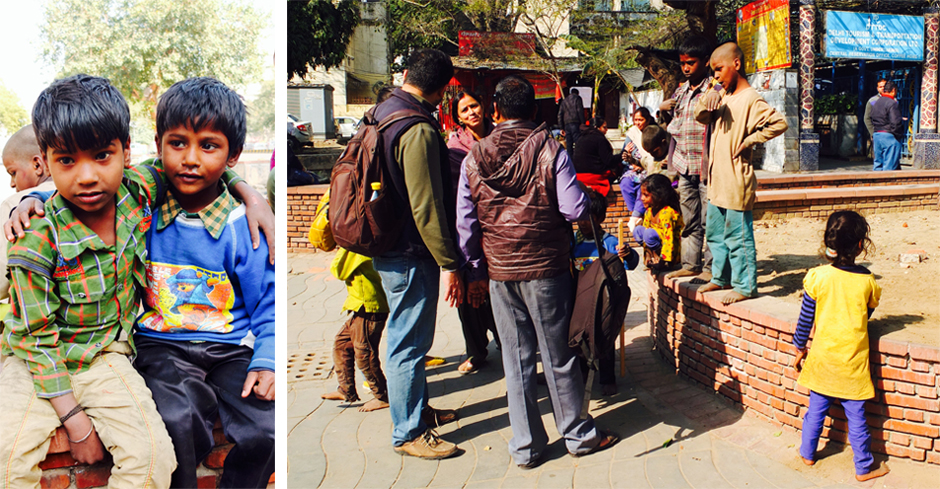 Left: Kohinoor on the right, with his best friend. Right: Kohinoor and other street children quickly recognise the fieldworkers. Photos © Anita Cohen Michalkiewicz.

I am introduced to Kohinoor near Hanuman Temple, Connaught Place. This is a bustling area of the city, filled with merchants, office workers on their coffee breaks, tourists, heavy traffic and countless homeless people, many of them children.

Kohinoor is busy play-fighting with a group of other children, but quickly recognizes and runs to the fieldworkers who he has seen many times before. 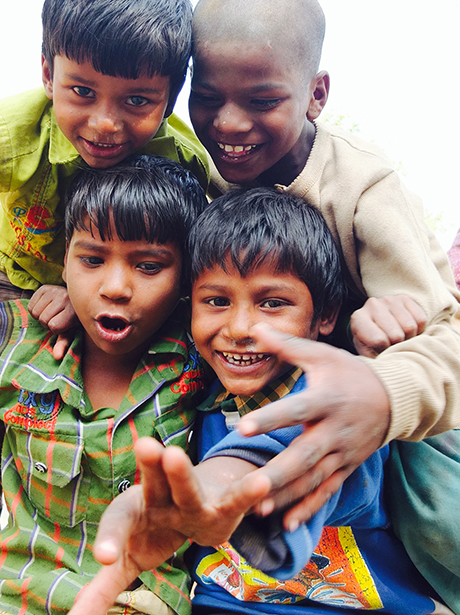 Kohinoor is an orphan who calls his friends family. He earns enough money through begging to feed himself and proudly shows me how he does it; tilting his head to the side, eyebrows pinched together in a pitiful look, his hand gesticulating to an open mouth… “food, food”… he begs. Then he bursts out laughing along with his friends. They can most often be seen begging in traffic, hoping that someone will roll down their window and hand over a few Rupees before driving off again.

This is dangerous work, but these boys can earn up to 300 Rupees per day, which is almost as much as the daily wage of the fieldworkers who visit them.

Kohinoor says he wants an education and to one day become a bicycle repairman. However, he will be faced with several challenges that include drug abuse, a prevalent problem among street children.

The drugs that most boys abuse are household products such as solvents and paint thinners. A large number of young men and boys not much older than Kohinoor resort to sniffing these potent chemicals for a moment of reprieve or to numb the all-too-frequent hunger pains.

I meet several such young men near Jama Masjid Mosque. All smaller than their years, dishevelled and very obviously high. I am told that their growth has been stunted by drug use and malnutrition.

Although most are reluctant to talk to me, one boy does.

Yogindra says that he has never done drugs but describes what the boys use and how. The choice of the day — a paint thinner which is poured on a piece of cloth and inhaled. The dangers are clear and often irreversible. 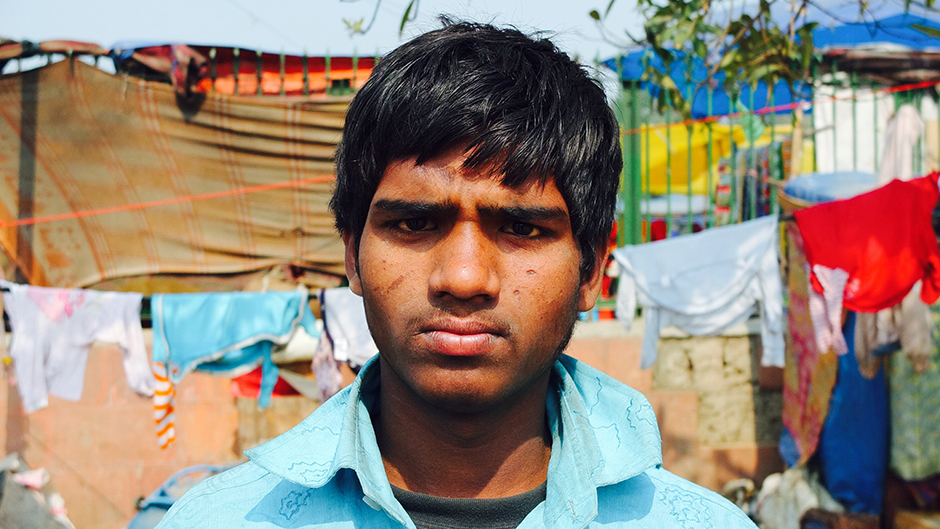 Yogindra, a young man who lives on the streets. Photo © Anita Cohen Michalkiewicz.

The boys I see here keep their solvent-imbibed handkerchiefs in their pockets, periodically taking them out to cover their mouths and inhale deeply several times. They are able to easily purchase any of these products in local shops.

The area around Jama Masjid Mosque feels hotter than it should be, considering February is a relatively cool month. An oppressed and tense atmosphere seems to dominate this litter-covered space. 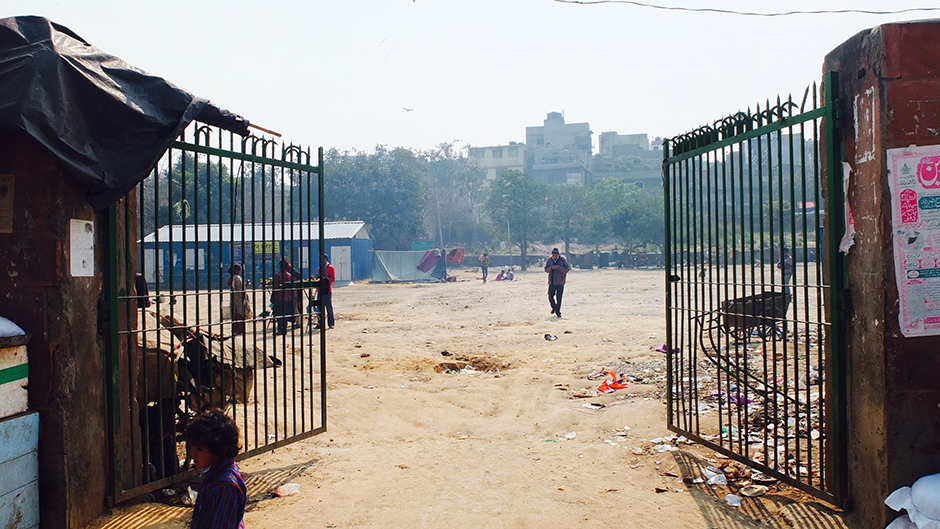 While we are there, a heated argument erupts between a heavily pregnant woman and a group of ladies who are sitting nearby. The fieldworkers quickly change location — arguments can escalate I am told, and the fieldworkers are sometimes an easy target.

As we pass a group of women, we meet 21-year-old Parvin and her 3-month-old baby girl. Parvin has spent most of her life on New Delhi’s streets. She is sitting on a wire mattress covered with colourful blankets. She tells us about her life, which is mostly spent outdoors, on this mattress, surrounded by a “family” of strangers that all seem to pull together to survive. Next to her, a “cousin-sister” is heating a meal on the ground, using a tiny gas stove. 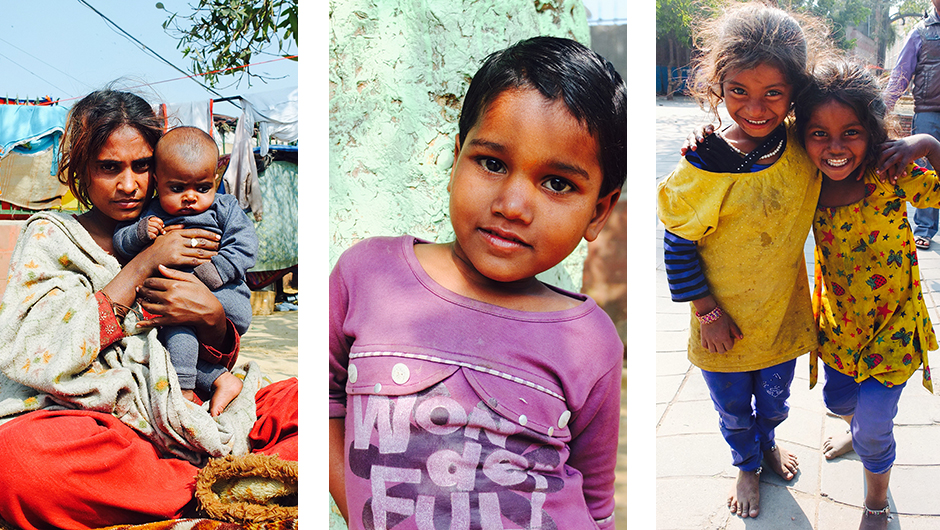 Left: Parvin, 21, and her daughter. Middle and Right: Young girls like these are particularly vulnerable on the streets. Photos © Anita Cohen Michalkiewicz.

Laundry is hanging off the trees and they are surrounded by other homeless people, drugged youths and the smoke of burned rubber.

As Parvin’s daughter grows, she will face many dangers on New Delhi’s streets as young girls are particularly vulnerable. Some may find work as domestic workers, but many may be drawn to street-based sex work. With no families and rarely any identification, they are very vulnerable and difficult to track. They are also at risk of being trafficked.

Once Dil Se Campaign fieldworkers have been able to establish a solid base of trust with the children, they encourage them to take up residence in one of their non-custodial homes where they strive to secure their rights to protection, nutrition, education and healthcare.

One safe-haven where girls aged 6 to 18 can take refuge is the Kilkari Rainbow Home For Girls, which I visit next. 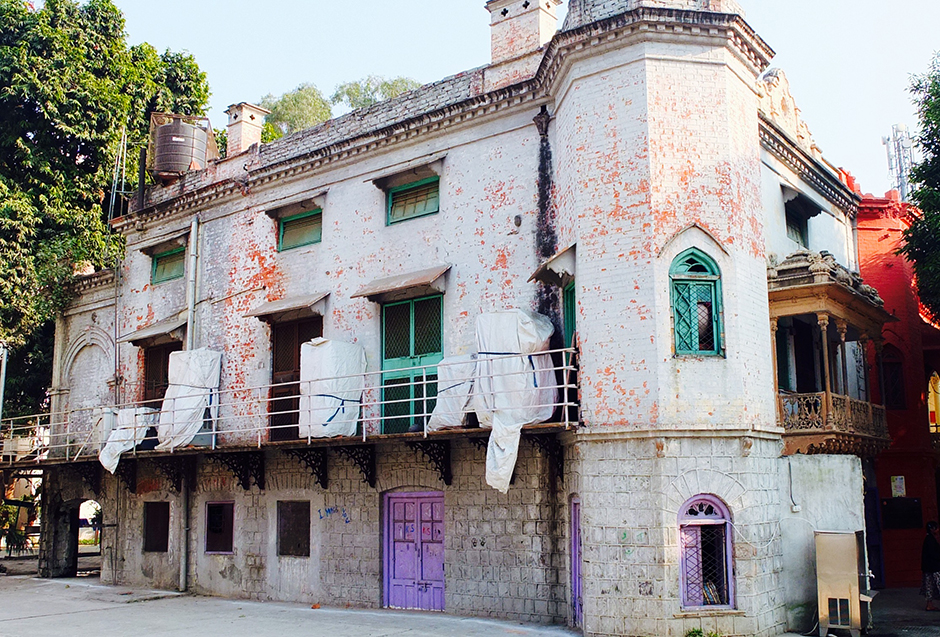 The home is located in what could be considered a “rougher” neighbourhood of New Delhi, where most women do not venture out alone after dark. However, behind the large gates which separate this home from the busy and chaotic street, it is a place of peace, calm and surprising order. 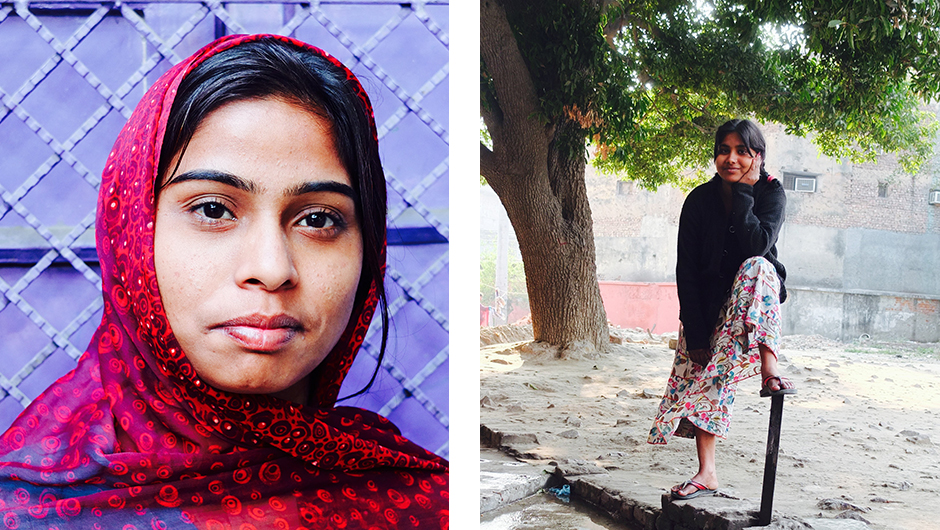 I am met with curious but polite glances and the distant echo of young voices reciting English lessons “peacock, queen, rose…”.

Some girls are orphaned, some have been abandoned, some are handicapped and unwanted. Some have parents who can no longer take care of them. One thing that all of them have in common is that within these walls, they find safety.

The huge grounds where the house stands allows ample space for play or outdoor classes. Inside, I visit rooms where they sleep, eat and learn. Within the confines of this sanctuary, they learn trades which can lead to work. 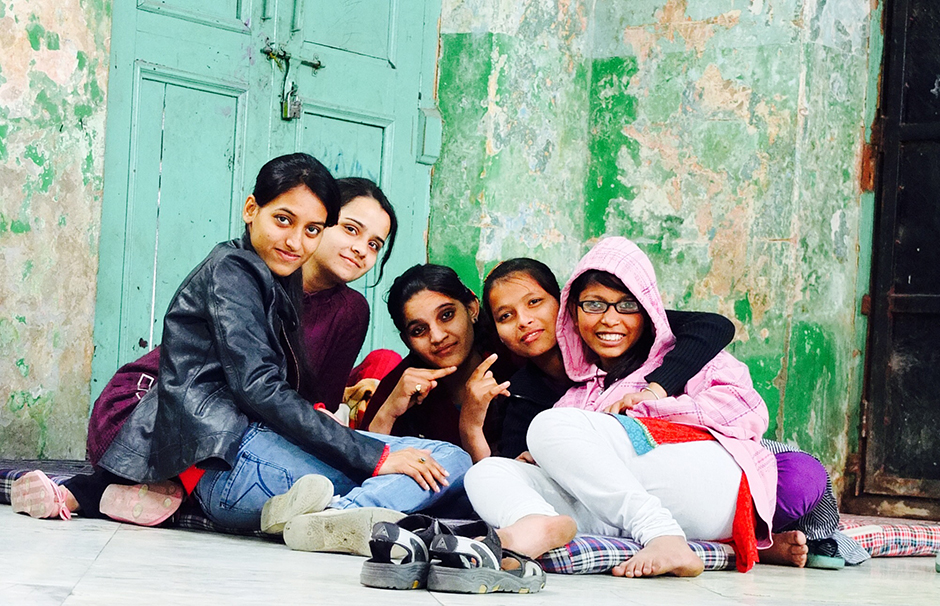 Initiatives such as the Dil Se Campaign rely heavily on private donations and volunteers. While at Kilkari, I meet several young women such as Pragati, who has been donating her time at the home for over a year. Currently, she is involved in setting up an art therapy class.

We talk extensively about her experience volunteering and how enriching she finds it. But mostly, it appears to me that Pragati is thirsty for a new India. One where human rights for all are secured, starting with the most vulnerable — such as Soniya, a resident of the home who is especially fond of Pragati. 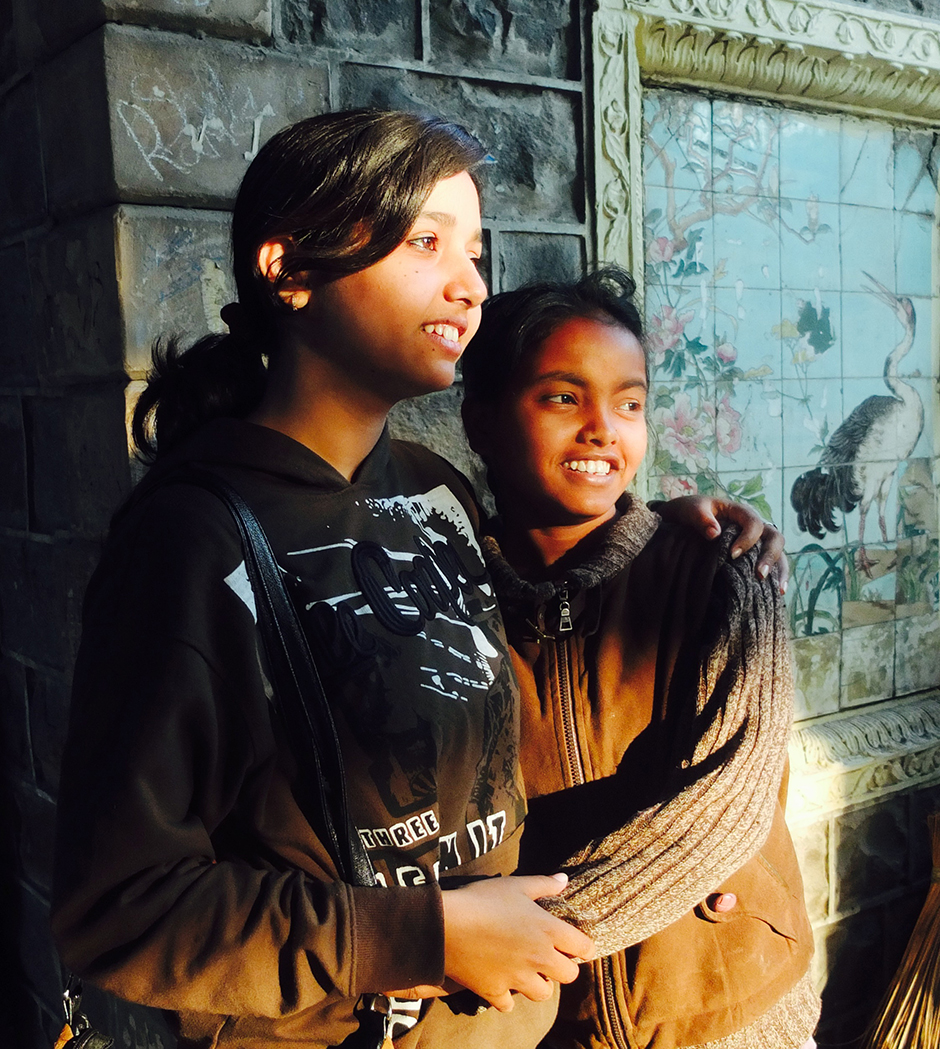 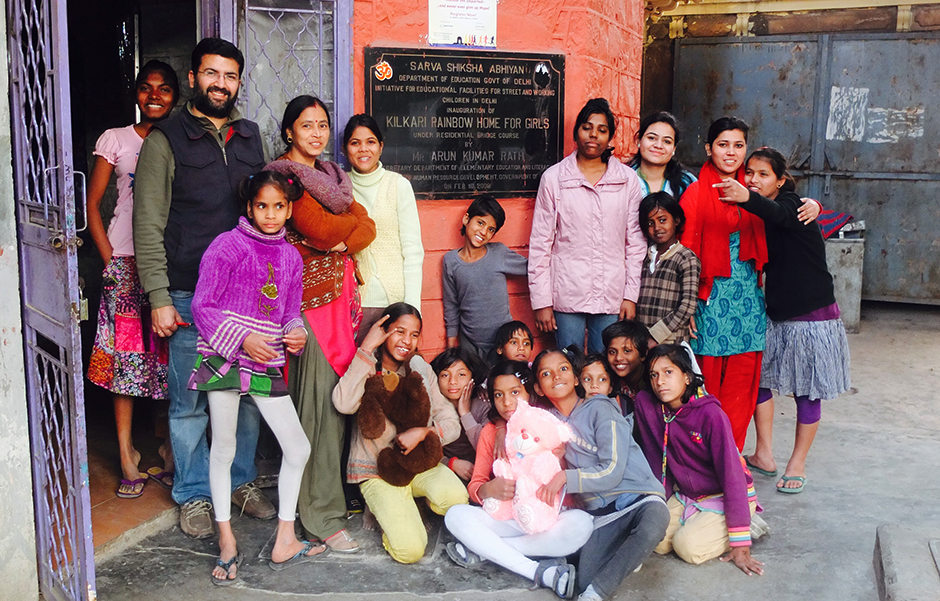 At the Ummeed Sneh Ghar home for boys, I encounter a similar mix of smiles, studiousness, orderly chaos and of course a few more rumbles and tumbles from these boys. Just like the Rainbow Homes for girls, the Sneh Ghar offers a safe place for boys who previously lived on the streets. 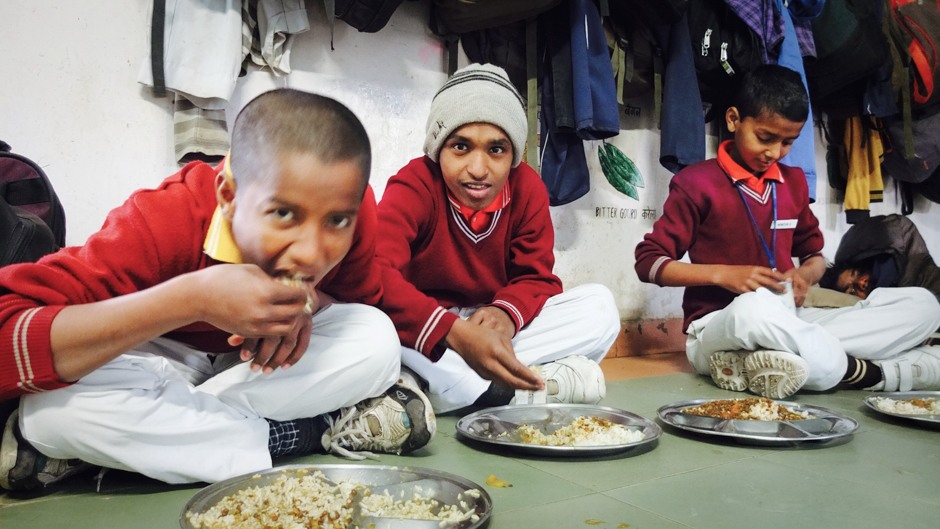 “Sneh Sathis”, or the resident carers, are considered the backbone of the organisation and manage the homes with a caring touch. 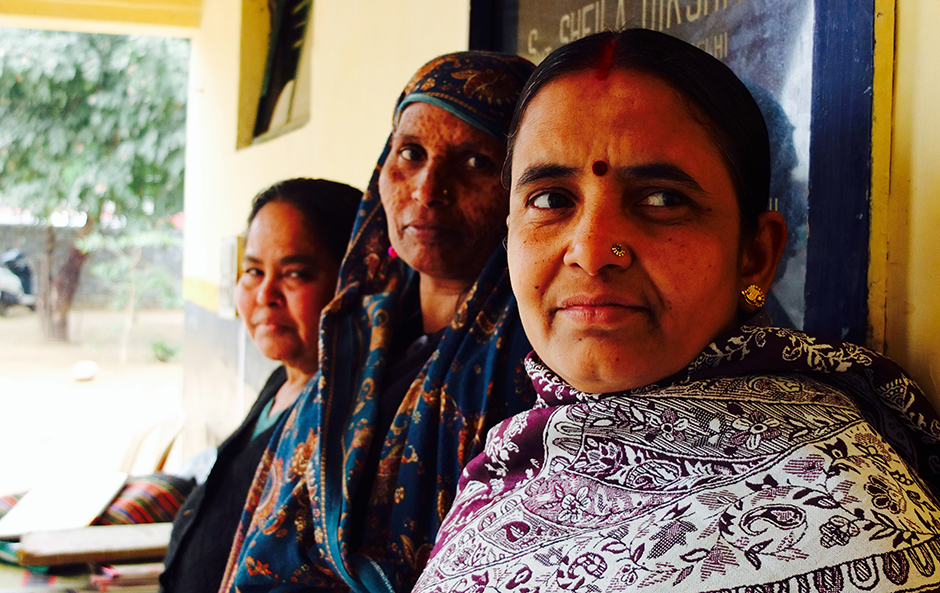 At the end of my visit, I meet Ramzan, a former street child himself. He is kind and relaxed and seems worlds apart from 6-year-old Kohinoor, yet his background is not entirely dissimilar.

Ramzan left his home by choice. He then spent 8 years on the streets before being told of Dil Se Campaign’s homes. Thirsty for an education, he decided to give the non-custodial homes a chance. 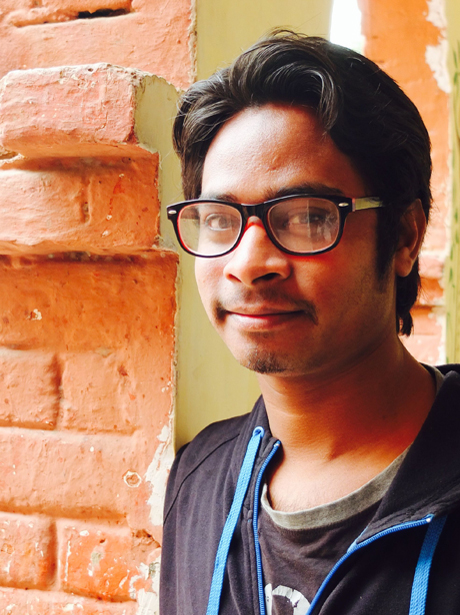 A few years later, with much effort from his part and financial support from the Dil Se Campaign, he is living independently in a shared apartment and is studying to become a social worker.

Ramzan seems happy and exudes contentment, yet his past is punctuated by countless struggles. But the second chance with which he was presented has transformed this young man’s life. Every time fieldworkers like Poonam head out onto New Delhi’s streets, they are looking for the future Ramzans among the countless Kohinoors in this growing metropolis.

Anyone who has driven through the streets of New Delhi has witnessed street children knocking on their car window, hand to mouth, begging for money or food. We are most often warned against opening the window and even making eye contact with the young beggars. “More will come,” hired drivers say.

As I think of Konihoor and Ramzan and the 50,000 or so homeless children in this vast city, I remember a quote by Elie Wiesel: “The opposite of love is not hate, it’s indifference”.

For more information, or to get involved, visit the Dil Se Campaign’s website.

A special thanks to the Dil Se Campaign’s staff, especially Anubhav Sapra, volunteer coordinator and head of Human Resources, who generously offered his time and expertise during my visit to New Delhi.

Anita Michalkiewicz has a background in journalism and has worked in immigration and foreign affairs. She currently splits her time between the United Kingdom, Canada and various destinations where she can pursue her interests in photography, writing and art.