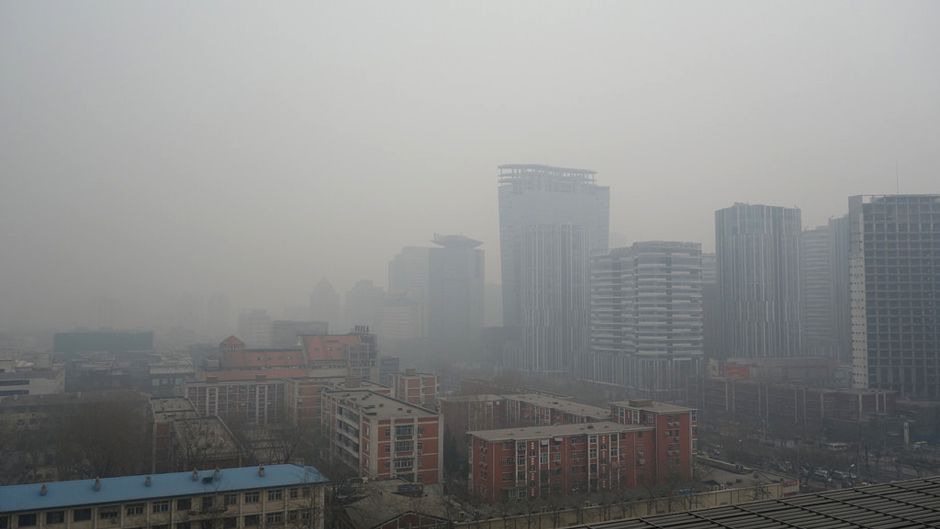 In the last 30 years, China’s economic boom has lifted half a billion people out of poverty, as rapid urbanization has provided jobs, cheap land and good infrastructure. Nevertheless, as is common with urbanization, the country is showing signs of inefficient land development and the emergence of corresponding urban sprawl and ghost towns. On top of that, ongoing serious pollution threatens people’s health and farmland and water resources are becoming scarce.

With China’s urban population projected to rise to about one billion by 2030, Chinese leaders have sought a more coordinated urbanization process. This is why, over a year ago, during Jim Yong Kim’s first visit to China as World Bank Group President, he and Chinese Premier Li Kequiang agreed to work on a study on urbanization.

The resulting joint report by the World Bank and China’s Development Research Center was launched yesterday at the “International Conference on Urban China: Toward Efficient, Inclusive and Sustainable Urbanization”. As China today has 200 million more urban dwellers than a decade ago, the government needs to strengthen enforcement of environmental laws and reduce the number of pollution-related health problems, recommends the report. Further, it says that if China builds more efficient, denser cities, it can save a total of US$1.4 trillion (15 percent of last year’s GDP) and that those savings should be used to expand social services to all people — including migrants.

“More than any other country in the world, China has made huge progress in ending extreme poverty. It now has an opportunity to make further gains by improving the lives of the hundreds of millions residents moving into its cities,” said Sri Mulyani Indrawati, Managing Director of the World Bank Group.

Interestingly, the report was an exercise in “real-time” advice. Prepared over the last 14 months, the interim reports were shared “on a continuous basis with China’s top policymakers as input to the government’s policy discussions on urbanization”, the World Bank said in a press release. The launch of the report follows last week’s release by China’s State Council and the Central Committee of the Communist Party of a “National New-type Urbanization Plan (2014-2020)” that foresees the proportion of Chinese living in cities rising to 60 percent by 2020, from the current 53.7 percent. This will require investments to the tune of about 42 trillion yuan (US$6.8 trillion) in the next seven years and the majority of that will come from the private sector, Deputy Finance Minister Wang Bao’an said.

“The flaws in the previous model, in which urban construction mostly relied on land sales and fiscal revenue, have emerged in recent years, and the model is unsustainable,” explained Wang.

“The reform agenda the report presents would boost revenue for farmers in land sales, provide more services for migrants and encourage more responsible financing by local governments. It would also mean greener urban planning, and stronger environmental management so everyone can breathe easier,” said World Bank President Kim. “China has already made big progress with experiments at the local level that can be expanded on a huge scale.”

“It is necessary to put people at the core of urbanization, supported by institutional and systemic innovation, and unleash the development potential of urbanization through reform,” said Chinese Minister of Finance Lou Jiwei.

“Urbanization is a powerful engine for China’s sustained and healthy economic growth,” said Lou Jiwei, Chinese Minister of Finance. “It is necessary to put people at the core of urbanization, supported by institutional and systemic innovation, and unleash the development potential of urbanization through reform. We need to accelerate reform of the fiscal and tax system as well as investment and financing mechanisms, promote the application of the public-private partnership (PPP) model, to help build a diverse and sustainable urban financing mechanism. We need to gradually address the issue of basic public services for rural migrants and create a mechanism to link the financial payment system for rural migrants transferring to urban areas, in order to achieve the goals for people centred urbanization.”

The report includes six priority areas for a new model of urbanization:

Landmark not immune to risk?

With climate change realities coming to bear and global energy needs ever spiralling upwards, it is easy to hope that this plan is the landmark it is being touted as.

“If China stays committed and implements the necessary reforms, it could become a global model on urbanization, while winning the war on pollution, sustaining high growth rates for its economy, making cities more liveable and allowing more people to benefit from development,” stated Indrawati.

Of course grand plans often have hidden risks that the big players don’t like to discuss. One commentator points out that such a plan may be politically risky for the Chinese Communist Party (CPP).

To successfully implement its urbanization plan, the CPP “will have to fundamentally reorient central-local relations”, opines Asia-Pacific focused international affairs journalist Zachary Keck. “In particular, it will have to allocate larger budgets to China’s local governments — or empower them to raise greater revenues on their own — to allow them to fund the expansion of social services to current and future rural migrant workers.

“But larger budgets will mean greater power for local governments. And greater power carries the risk of creating local strongmen that challenge the ’emperor[s]’ that reside in Beijing. How the top leadership in the CCP can give local governments larger budgets without giving them enough power to challenge Beijing is a dilemma that Xi Jinping and the other members of the Politburo Standing Committee are certainly currently trying to figure out,” Keck speculates.

Ever more urbanization will also increase the potential for public unrest in China, he notes. “It’s no secret that there is already a massive amount of political unrest in China. The Chinese Academy of Governance, for instance, has estimated that the number of protests in China doubled between the years of 2006 and 2010, when there were 180,000 reported mass incidents.”

China Plans to Put People at Heart of Urbanization by Carol Smith is licensed under a Creative Commons Attribution-NonCommercial-ShareAlike 4.0 International License.